Setting the stage: Heavy metal royalty descended upon Brooklyn as Danish legend King Diamond brought “The Institute Tour” to town. There was no venue more fitting for the King than the decadent Kings Theatre in the neighborhood of Flatbush. Built in 1929, the theatre closed in 1977 and was boarded up for decades, finally reopening after a renovation in 2015. Its elaborate wood inlays, red carpets, and massive ballroom atrium have all the gothic Victorian touches one might find in King Diamond’s tales of old hauntings and ancient evil. Typically a seated theatre for the respectful witness of performance art, the venue filled with unruly metalheads from across the city, some even wearing King Diamond’s iconic face paint. As the night spiraled into madness, seating assignments were ignored as fans flooded the aisles to get a closer look at the heavy metal spectacle.

Taking the stage: King Diamond’s high quality control standard extends to his touring package, bringing hand-chosen support acts that would make for a strong headlining bill on their own. Portland goth metal upstarts Idle Hands played to a relatively empty theatre, but their first Brooklyn show brought joy to all who saw it. The band’s subject matter and sardonic wit is heavily indebted to Type O Negative, but they have the musicianship to back it up, shredding through tracks off their breakthrough debut, Mana.

British occult rockers Uncle Acid & the Deadbeats followed — a fitting support act who, like King Diamond, are known to dabble in horror-story concept albums. With their signature mondo-psych visuals projecting behind them, the band delivered another airtight set of melodic rippers and head-nodding doom. It was a jammier set than their previous performance in Brooklyn back in March, with singer-guitarist Kevin Starrs accentuating notes and throwing in new fills with tasteful improvisation. By now, the crowd had filled out, and Uncle Acid’s B-movie horror imagery and classic tones quickly won over the more hardcore metalheads that had just arrived to see the King. The theater’s “seating” became merely implied as security failed to wrangle in the swarms of black-shirted headbangers that crowded the aisles and pit barricades to get a better view.

After an impressive changeover that saw the construction of an entire set — complete with two levels and multiple staircases — King Diamond was wheeled out on a stretcher with the “Institute” itself standing behind him on stage. His latest horror story — and the theme of the band’s forthcoming two-album concept — involves an institutionalized girl, tormented by the demons in her mind. Parts of this tale physically play out during the set, not unlike a musical production, with characters entering and exiting via an ominous cell door centerstage.

The set opened with “The Candle”, a throwback to 1986’s debut, Fatal Portrait, progressing through King Diamond’s prolific catalog and hitting much of the band’s classic material. Short skits and asides introduced characters and storylines from King Diamond albums, such as the ritualistic murder of the infant Abigail before “Arrival” and “A Mansion in Darkness”. Although a few days late, “Halloween” got a rounding ovation, being the closest thing to a hit single in the band’s discography. King Diamond’s iconic falsetto wail was in full force, accentuated by the overlaid backing vocals of Livia Vita, who sang from her perch on the second level of the stage set.

The most rewarding element for fans was how strong the band sounded in the Kings Theatre. If the stage performance was a feast for the eyes, the live mix brought forceful dynamics and clarity to the ears. The classic tones of guitarists Andy LaRocque and Mike Wead were full-bodied and visceral, the latter ripping off shred solos while LaRocque held down his longstanding role as King Diamond’s musical right hand, guiding the songs rhythmically. If you closed your eyes, you could imagine the band sounding just as they did in the ’80s, holding fast to a pure and minimal sonic approach. The only new song in the setlist, “Masquerade of Madness”, fit snugly next to older material and eased any apprehensions as to whether The Institute would be a drop-off in quality (considering King Diamond’s otherwise high standard).

The night closed with a touching tribute, as King Diamond dedicated “Black Horsemen” to his former bandmate, the late Timi Hansen, who sadly passed away earlier in the week after a battle with cancer. Hansen played bass on Fatal Portrait and Abigail, bringing the same meticulous skill to those albums as he did alongside King Diamond in Mercyful Fate. “Black Horsemen” soared triumphantly on this night, rising to a grandeur befitting of the bassist’s legacy as a metal master. The wily crowd clamored for more, demanding a second encore, but it was a poignant moment of finality in the set and a proper place to depart as King Diamond exited back through the Institute door, peeking his head out one last time to wave farewell. 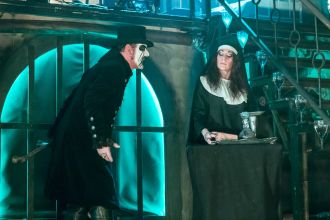 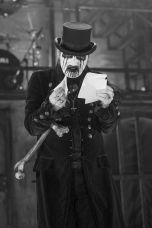 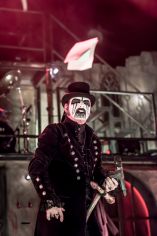 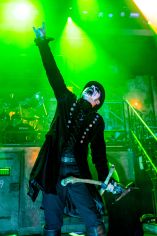 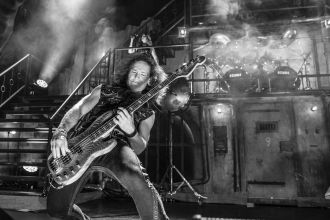 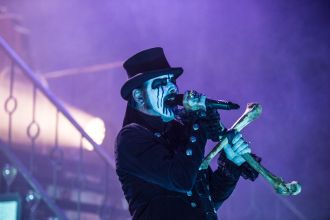 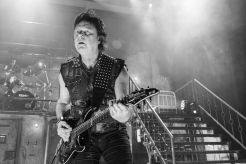 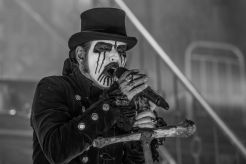 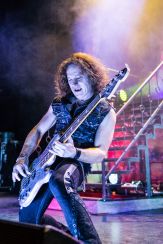 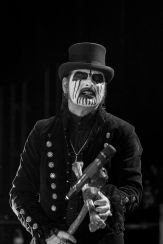 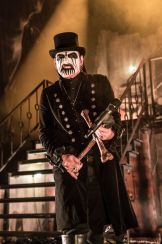 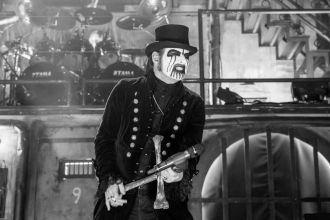 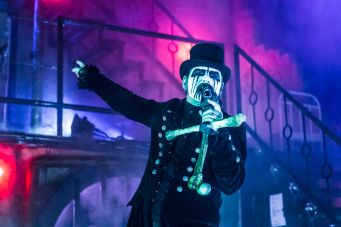 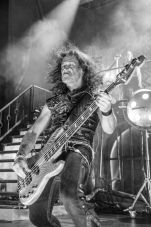 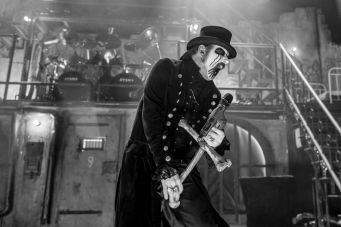 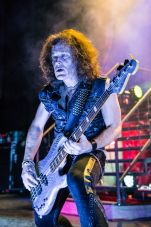 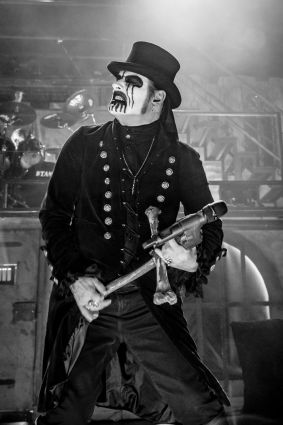 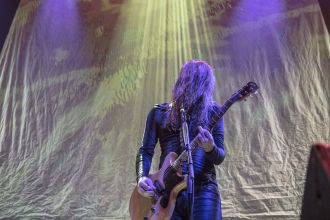 King Diamond Setlist:
The Candle
Behind These Walls
Funeral
Arrival
A Mansion in Darkness
Let It Be Done
Voodoo
Halloween
Masquerade of Madness
Out from the Asylum
Welcome Home
The Invisible Guests
Sleepless Nights
The Lake