Setting the Stage: The Tool faithful gathered en masse at Brooklyn’s Barclays Center on Tuesday in celebration of the band’s long-awaited 2019 album, Fear Inoculum. Although the band has made it through the Tri-state area on tours over the past decade, it was the first time they were touring in direct support of a new album since 2005’s 10,000 Days, making this appearance even more special for fans at the sold-out arena. In an effort to retain the crowd’s full, unbridled attention, a strict no video/photo policy was in effect — a request that would become controversial as the night progressed.

Taking the Stage: Legendary post-punk act Killing Joke opened the show, playing to a not-quite half-filled arena as fans trickled in slowly. Killing Joke’s influence on heavy music — from Metallica to Nirvana to Skinny Puppy — is undeniable, and the sparse attendance was an unfortunate sight for a band that deserves better. Songs from their iconic 1980 self-titled debut such as “Complications” and “The Wait” highlighted the 10-song set, which was hampered by an overly emphasized, boomy low-end in the house mix that obscured the vocals and lead guitar (this was corrected for Tool’s set). By the time they concluded, the arena had begun fill up, with many arriving expressly to see the beloved headliner.

Tool opened with “Fear Inoculum”, presenting a flawless performance of the title track from their latest album. Guitarist Adam Jones’ syncopated chugs and the mechanized rhythmic interplay of drummer Danny Carey and bassist Justin Chancellor sounded luscious and full over the concert PA. The accompanying visuals were similarly grand, with the band surrounded by a see-through curtain of thin drapes that would eventually retract, revealing the full stage and video supplements. As the band ran through staples from their catalog such as “Ænema”, “The Pot”, and “Schism”, the song’s respective music videos were projected, interspersed with psychedelic visualizers and a dynamic light show.

The band sought to stimulate the visual and aural senses, drawing attention away from themselves and toward the music. This is especially the case for vocalist Maynard James Keenan, who is known for his reclusive stage presence. Once again, Keenan played the eccentric in the shadows, perched on a riser in the back corner of the stage where he was able to sing, emote, and dance in his own space. Except for a brief moment of physical comedy when he “stole” one of Jones’ guitar cabs, sneaking it up to his riser, Keenan kept to himself, bobbing and weaving in relative darkness to the rhythm of the songs whenever he wasn’t singing. He sounded in fine form, particularly on the band’s new tracks (they played the title track, “Pneuma”, and “Invincible” from Fear Inoculum, each standing nicely alongside the band’s classic material). He said almost nothing, except during the introduction to “Part of Me” from 1992’s Opiate: “Everybody under 30, raise your hand. When we wrote this song, you weren’t even sperm yet.”

Tool’s commitment to a no-distraction environment went so far as to include a strictly enforced no video/photo policy inside the venue, which essentially backfired due to militant enforcement by Barclays Center security. Swarms of guards could be seen patrolling each row and pointing flashlights in the crowd, ejecting anyone who so much as opened their phone. One man with a cane was dragged to the mezzanine mid-set after opening his phone to check the time. Another woman was literally carried out from the inner bowl hogtied-style with guards holding her feet and hands as she screamed about how her ticket cost over $100. A number of people were escorted out onto the street, not allowed to return. This commotion happened for the duration of the set and made for an uncomfortable, neurotic environment, completely defeating the point of the no-video policy, as the constant interruption of the security guards was far more distracting. Tool’s no filming policy is completely understandable, although they may want to look into other ways to enforce the rule (pouches, mini-lockers, or just better educating each venue’s security team). Despite numerous announcements and signs about no filming, it wasn’t abundantly clear that fans were not even allowed to glance down at their phones.

If you could ignore the constant interjection of the security guards escorting bewildered concertgoers out of the venue, Tool’s performance was an often entrancing and virtuosic spectacle, culminating in Carey’s drum solo on “Chocolate Chip Trip”. Like the classic rock drummers of the past, Carey held the stage on his own until the band returned from the encore, during which they played “Invincible” and Ænema opener “Stinkfist”. Transcendental psych artist Alex Grey made an appearance during the latter, kneeling to the left of the stage as the crowd roared in appreciation of one of Tool’s most well-known advocates and collaborators. The reverence in the building was palpable, with the band surrounded by their most devout followers as the surreal and turbulent concert came to a close.

Photo Gallery: Tool and Killing Joke at Barclays Center in Brooklyn (click to enlarge and scroll through): 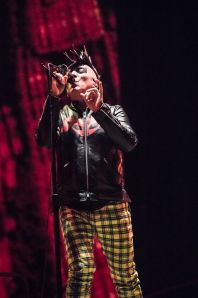 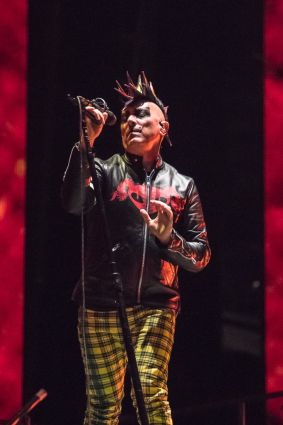 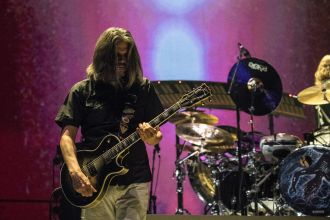 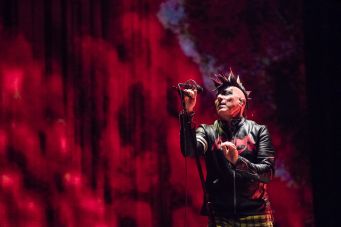 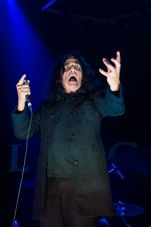 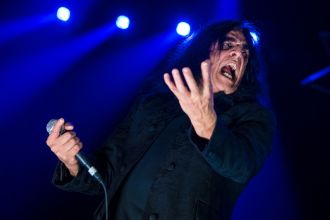 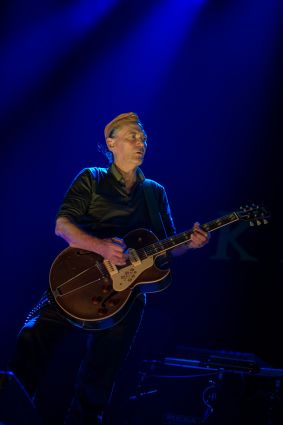 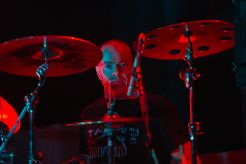 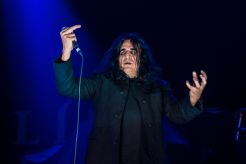 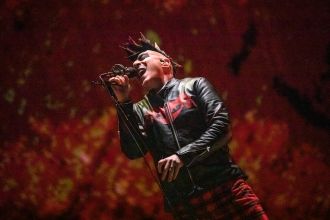 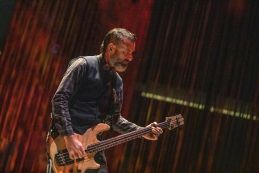 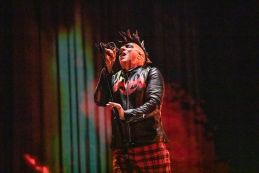 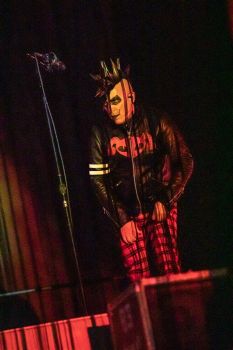 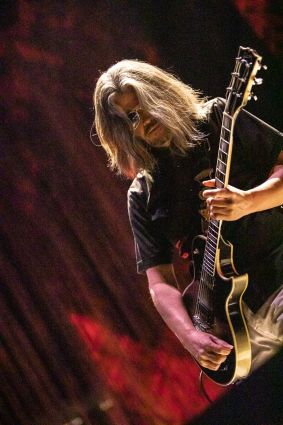 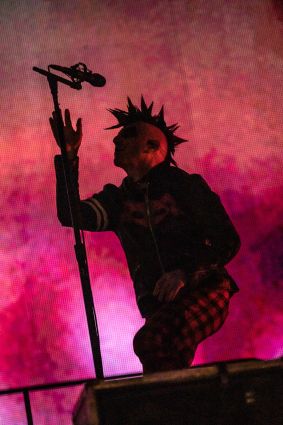 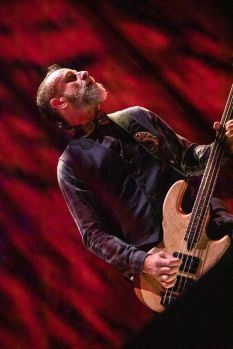 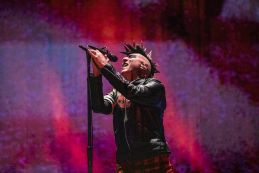 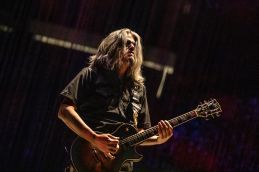 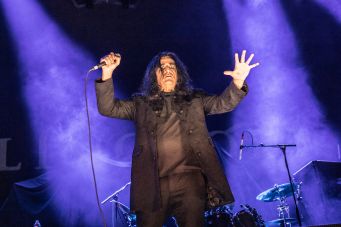 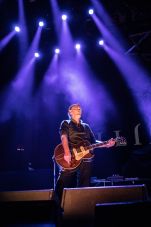 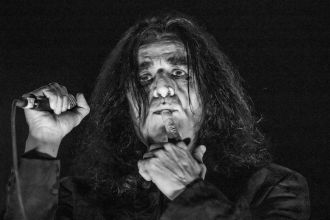 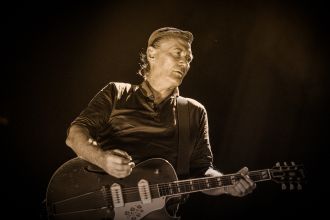 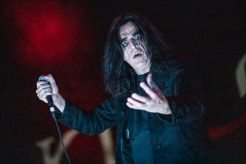 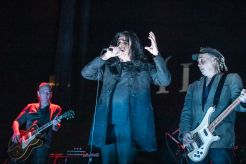 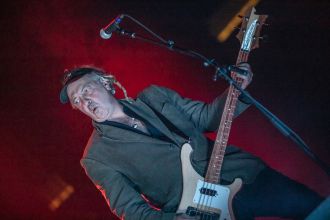 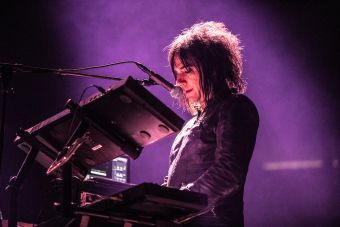