The 2020 iteration of the “Decibel Magazine Tour” will be a pairing of Norwegian black metal legends. Mayhem and Abbath have been announced as co-headliners for the spring trek across North America, with support acts to be revealed shortly.

Mayhem will be touring behind their excellent new album, Daemon, while former Immortal leader Abbath will be out in support of his 2019 sophomore solo record, Outstrider. Decibel teased two more support acts “very much in the spirit” of Mayhem and Abbath, so the ninth annual run for the magazine is shaping up to be a celebration of black metal’s elite.

Mayhem were last in North America for their 2017 “De Mysteriis dom Sathanas Tour”, playing their 1994 debut full-length album in its entirety. It will also be their first time stateside since their depiction in the Hollywood film Lords of Chaos, which recently got a thumb’s down from Mayhem bassist Necrobutcher.

(Read: Mayhem’s Necrobutcher Was on His Way to Kill Euronymous Himself)

“Finally, we head back overseas to present to you what chaos we have been cooking up lately,” Mayhem guitarist Teloch said of the upcoming tour. “It’s been too long, hope to see you crazy f**kers out there!”

The nearly month-long route will take the bands across most major US markets and three shows in Canada. Tickets go on sale Friday at 10:00 a.m. local time via Decibel, and will also be available here. See the full list of dates below. 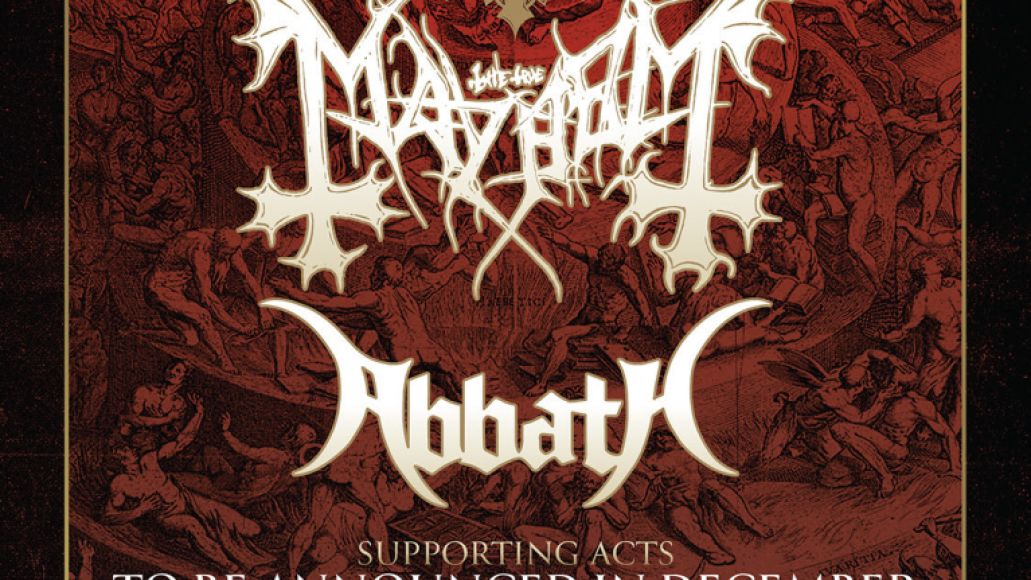