Chicago rap outfit Pivot Gang dropped their impressive debut album, You Can’t Sit with Us, this past spring. Now, two of its members, MFnMelo and Saba, are teaming up for a new collaborative song called “What a Life”.

The offering finds MFnMelo and Saba trading mellowed-out verses that seem to unfurl like smoke. Its production is of the relaxed nature, too, courtesy of Monte Booker, whose previous work includes Noname’s Telefone mixtape. Booker is also part of Chi-town collective Zero Fatigue alongside Smino and Ravyn Lenae.

“What a Life” is taken from MFnMelo’s upcoming solo record, Everybody Eats, which hits streets next Monday, November 25th. Along with Saba, it features cameos from Mick Jenkins, daedaePIVOT, and Daoud.

Pivot Gang recently wrapped up their first-ever tour, but Saba still has some live dates behind last year’s Care for Me on the horizon. Grab tickets to his upcoming shows here. 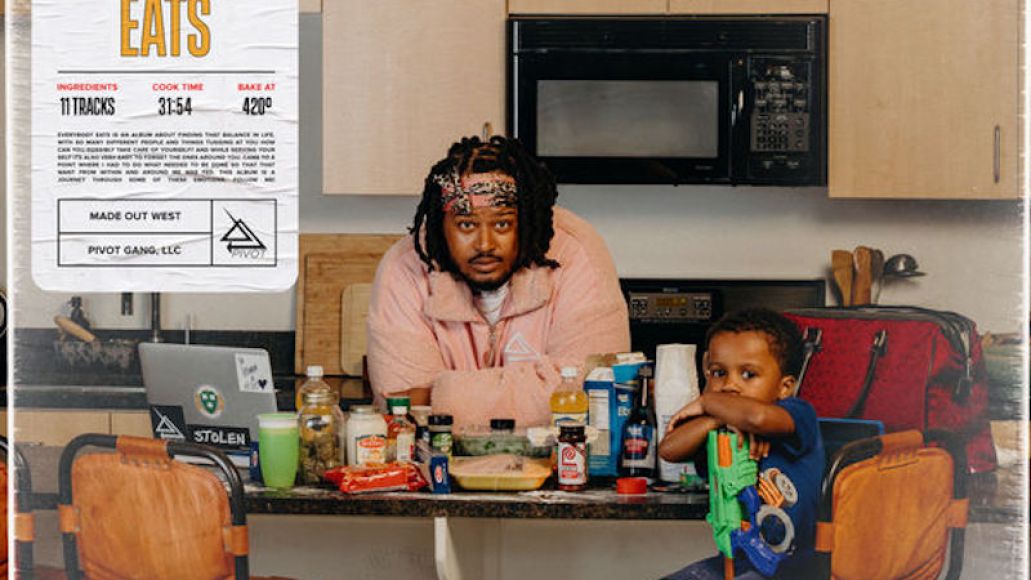 Pivot Gang's MFnMelo and Saba link up for new song "What a Life": Stream