Paul McCartney has released two all-new songs, “Home Tonight” and “In a Hurry”. Both are available to stream below.

The pair of tracks are taken from the same album sessions that yielded last year’s Egypt Station album. Like that record, these offerings were overseen by producer Greg Kurstin (Foo Fighters, Adele).

Following today’s digital release, “Home Tonight” and “In a Hurry” will be put out as an exclusive double A-side 7-inch on November 29th for Record Store Day Black Friday. As seen below, the limited-edition picture disc will boast artwork based on the old parlour game Exquisite Corpse.

Macca recently reunited with fellow Beatle Ringo Starr to cover John Lennon’s “Grow Old with Me”. And just earlier this week, McCartney was announced as one of the headliners at Glastonbury 2020; he’s the oldest artist ever to headline the UK event since its inception nearly 50 years ago. 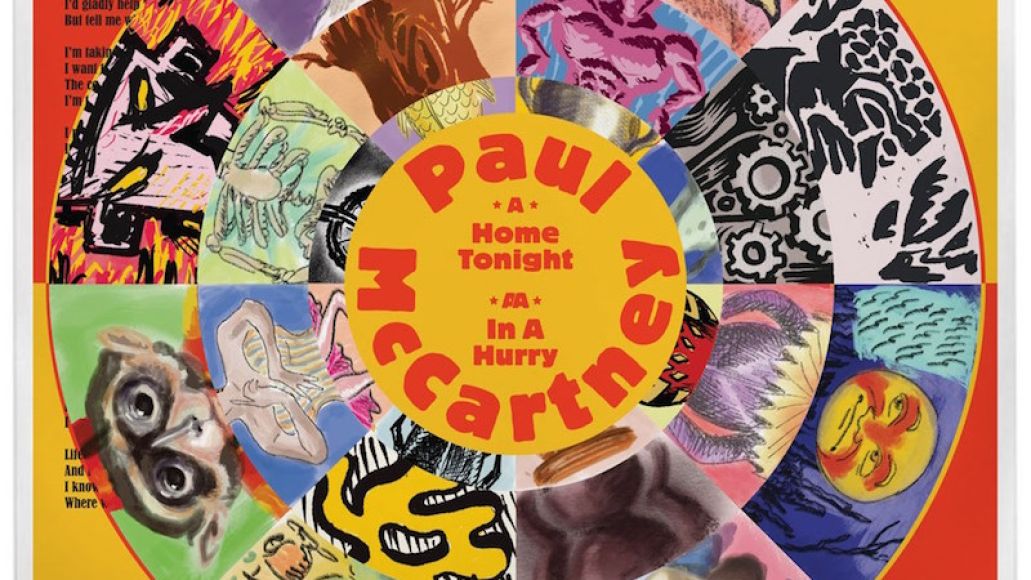