Listen to Werner Herzog wax rhapsodic about bounty hunters amid the fall of the Empire. Watch some slick-looking ersatz Boba Fett knock around alien brutes in the desert sun. And try not to be hyped for The Mandalorian. As Disney aims to wrap up the nine-film Skywalker saga on the silver screen this year, Lucasfilm has turned its sights to television with a new series from Jon Favreau, meant to herald the next era of the franchise. But like trusting the destruction of an imperial superweapon to a farm boy listening to the voices in his head, The Mandalorian is a surprisingly risky venture.

For one thing, the new series will have to carry the Star Wars banner for a while. With Rise of Skywalker on the horizon and Star Wars Resistance in its final season, The Mandalorian will become the franchise’s only active on-screen outpost. And the pressure just ticked up a notch with Disney CEO Bob Iger telling shareholders that any feature films will go “into a hiatus”, no doubt a response to the recent shakeup involving Game of Thrones creators David Benioff and D.B. Weiss, who left the Star Wars Galaxy due to commitments for streaming rival Netflix.

That means, for better or worse, D&D won’t be around to help Lucasfilm with a series that would have likely aped the elevated genre tones of its Westerosi cousin. But it also suggests that not all is well behind the scenes at Lucasfilm. Benioff and Weiss were just the latest big name creatives to exit a Star Wars project after a fanfare-filled public announcement. The pair join the ranks of Josh Trank, Colin Trevorrow, and most notably Chris Miller and Phil Lord, who were replaced midstream during the shooting for Solo. And that doesn’t count the reported backstage troubles with Rogue One director Gareth Edwards, or the Boba Fett project from James Mangold that seemingly evaporated. Believe it or not, but J.J. Abrams and Rian Johnson are the only two individuals who’ve seen a Star Wars film through from beginning to end since Disney purchased the property in 2012.

With that in mind, it’s not surprising that Iger wants to pivot his lucrative franchise to big-budget television. Disney+ is the company’s most expansive venture yet, they need original content, and it’s clear that The Mandalorian is the test case for whether this medium can work. All of this, of course, puts even more pressure on Mandalorian showrunner Jon Favreau, who directed Iron Man in 2008, kickstarting the eventual crown jewel in Disney’s collection of franchises, and raked in box office bucks for The Mouse this year with a live action Lion King adaptation. Having played the good soldier for his new corporate overlords through multiple projects, Lucasfilm is clearly hoping Favreau can bring the same sort of stability to Star Wars biggest T.V. endeavor to date. (Fun fact: If Favreau can finagle his way into directing a Pixar film after this, legally Disney is obligated to issue him his own Infinity Gauntlet). 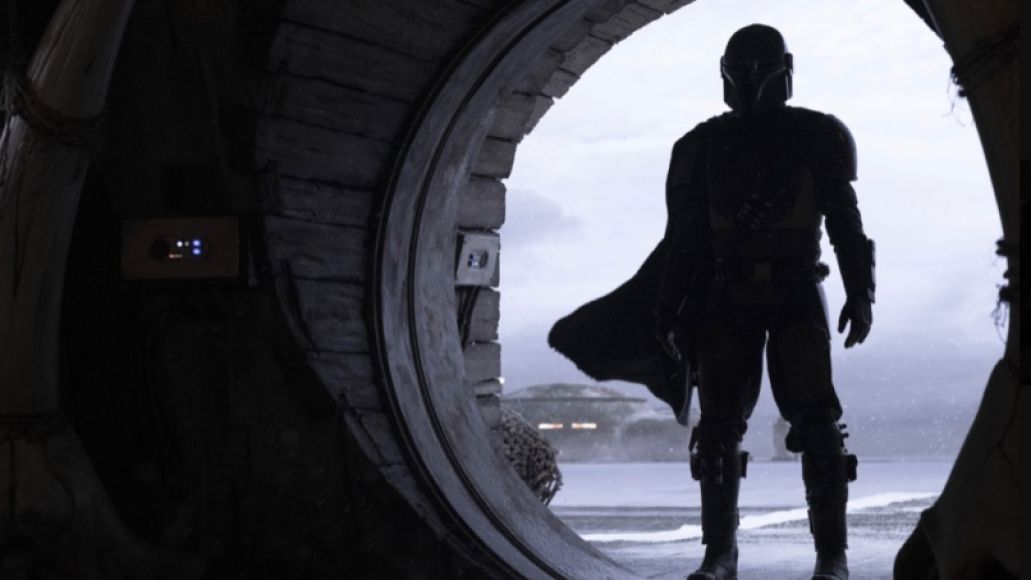 So many of these departures and firings have been in the name of quality control. And while it makes sense that Lucasfilm would lean on a seasoned vet like Favreau who’s proven he can work within the Disney framework to achieve that, it underscores how much the company feels the need to enlist a steady hand, rather than chasing the latest buzzy name, when embarking on its diciest expansion yet — to television. Granted, Star Wars can absolutely thrive on television, as fans of the two Clone Wars series, Star Wars Rebels, and a slew of other enjoyable, less canonical outings will tell you. But The Mandalorian will be the franchise’s first entree into live action television (excepting the execrable Holiday Special), a new frontier which presents its own set of challenges.

First and foremost, it means that Favreau’s new show has to look and feel like Star Wars on a television budget. The early trailers and initial eight-episode order suggest that’s feasible. But part of what draws people to the Galaxy Far Far Away is the prospect of big time sci-fi action and adventure. It’s easier to replicate that approach for less in animation, where the franchise has soared for more than a decade. The different medium gives animated shows leeway to take certain liberties in visuals and design that might otherwise rankle in live action. On the other hand, the prohibitive costs of realizing a Star Wars story in the flesh on the small screen is what sunk George Lucas’s own plans for a live-action television series. If The Mandalorian looks cheap, or can’t pack as much excitement into eight episodes as it can in a 90-second trailer, the show may have an uphill climb. 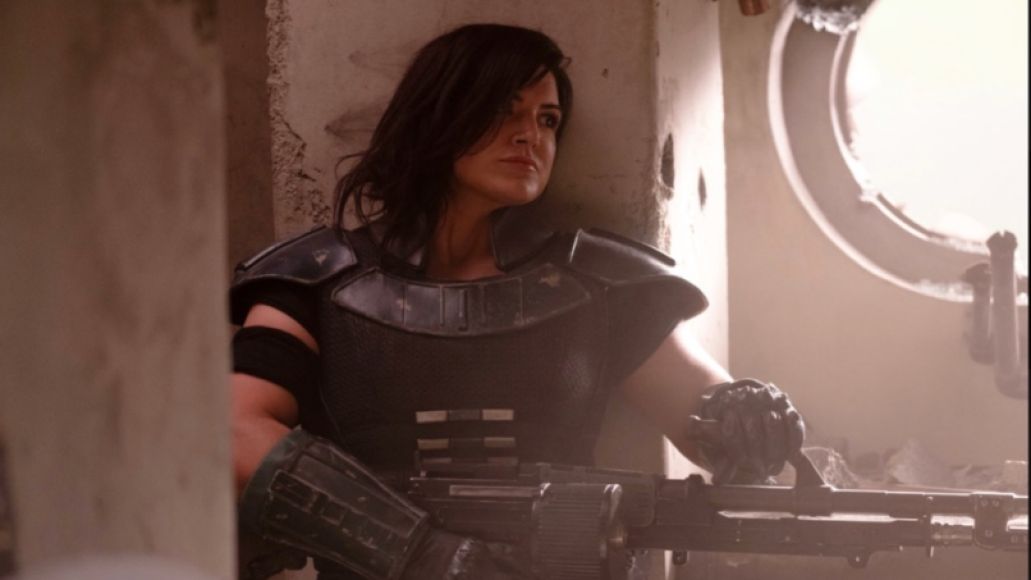 The demands of episodic television also mean The Mandalorian must convince fans to invest in a new set of characters for years to come. The Force Awakens, The Last Jedi, and Solo each introduced never-before-seen personalities, but still offered audiences the foothold of familiar faces to help ease the transition. Even Rogue One, the only Star Wars film so far to anchor itself around a brand new cast of characters, bent over backwards to connect to A New Hope and only had to sustain fans’ investment and acceptance for a couple of hours, rather than for a continuing series of adventures.

That kind of logic has also applied to animation, where the franchise has built more stories around entirely new characters. Even here, Lucasfilm gooses the proceedings with drop-ins from well-known figures. The first season of Star Wars Rebels features cameos from Darth Vader, C-3P0, R2-D2, and a returning Billy Dee Williams as Lando Calrissian. Star Wars Resistance kicks off with Poe Dameron recruiting the show’s protagonist to join … well … the resistance and entrusting him with BB-8 for a while. Every Star Wars expansion so far has built a bridge to what came before.

Given when The Mandalorian is set — five years after Return of the Jedi and long before The Force Awakens — that sort of gimmick will be much harder to pull off. Without the veneer of animation, almost every major individual from Star Wars history is too young or too old to reprise their roles in a post-Episode VI setting. Unless Favreau and company plan on revealing that the title character is actually a no-longer-sarlacc’d Boba Fett, they’ll be left with a handful of droids and aliens who might be recognizable to the casual fan.

Now, that could (and should) be a good thing. Forcing the new series to carve out its own identity without the crutch of cameos and tie-ins may help resolve the franchise’s decades-long small universe problem. But that may also make it trickier for the show to attract new devotees, who might wonder why, with no Vader, no Luke, and no Rey, they should give a damn. And that’s before you consider the fact that The Mandalorian has the added burden of being the tentpole property for a brand new streaming service in Disney+. Granted, not for long — let’s not forget, there’s a Rogue One prequel, an Obi Wan Kenobi series, and a revival season of The Clone Wars following in its wake — but Favreau’s series will start out as the only bit of fresh Star Wars content on the nascent service.

Fresh can lead to hype, and hype can lead to unrealistic expectations, and unrealistic expectations can lead to angry fanboys … and angry fanboys can lead to suffering. Kathleen Kennedy and Lucasfilm are no strangers to that kind of suffering, which is why they’ve pulled out all the stops to try to avoid it. Specifically, in hiring creatives like Favreau, Taika Waititi, Deborah Chow, and Star Wars hero Dave Filoni or nabbing talent like Herzog, Pedro Pascal, Carl Weathers, and Giancarlo Esposito. With that kind of pedigree, it’s admittedly a little more comforting to see Star Wars take these chances — and also refreshing. Because really, looking back, these kind of risks are why this franchise has endured all this time, and without them, everyone’s favorite far, far away galaxy gets closer and closer by the sequel.

But it’s also the kind of chance that helps determine what Star Wars looks like for the next five or 10 or even 20 years, especially with the Skywalker saga theoretically coming to an end. If The Mandalorian succeeds in these uncharted waters, Lucasfilm may realize its wildest, most lucrative dreams of making Star Wars a year-round endeavor, with new content on screens great and small for every minute of every day. If it fails, alongside the company’s pivot away from anthology films, Star Wars could revert to being an event franchise, one that emerges from hibernation every few years to deliver a blockbuster but otherwise stays below the general public’s notice. After all, there’s too much money in the Star Wars name for the franchise to go away completely, but with no new films on the docket, this series will go a long way toward deciding how much Star Wars fans will be able to enjoy in the years to come and where they’ll be able to find it. 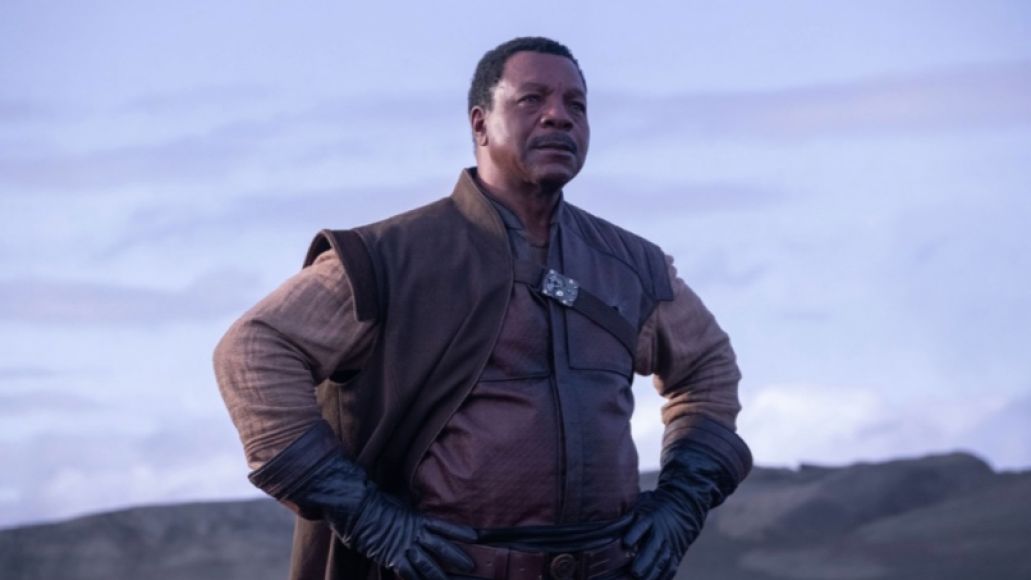 At the same time, the series will help shape what sort of Star Wars universe will exist once the current Sequel Trilogy ends. Will The Mandalorian rocket to acclaim and embolden Lucasfilm to bring more fresh characters and new adventures to the fold, moving away from familiar stories and settings? Or will the show flop and convince the powers that be to revert to gap-filling tales that simply extend characters and situations the audience already knows? There’s a big galaxy out there, and the success or failure of this unusually chancy project could decide whether Disney keeps rolling the dice and trying to explore it, or instead plays it safe and stays close to home for the franchise. Rest assured, the Force is strong with this gamble, but it’s still a gamble.

The Mandalorian premieres on Disney+ this Tuesday, November 12th.

The Mandalorian Is the Riskiest Star Wars Expansion Yet