Ten years ago, If you’d asked me to predict the artists behind the top 25 rock songs of the 2010s, I would’ve had no shortage of predictions: a couple opuses by blog-era heroes like Franz Ferdinand or TV on the Radio, a decade-worth of hits by promising newcomers like Wavves or Surfer Blood, and maybe even some dazzling singles from Washed Out, Neon Indian, and the rest of the chillwave vanguard. 2009 Tyler would’ve been pretty confident in these guesses. He also would’ve been absolutely, totally wrong.

Aside from being a personal embarrassment, my failures at prognostication also speak to the sneaky depth of talent that emerged during a decade in rock music that felt like a critical and popular retreat for the genre. As the world’s geopolitical reality began to crack around us, it was easy to assume that conventional wisdom of “rock is dead” was accurate. Though many outlets (this one, at times, included) spent much of the decade writing and rewriting rock’s obituary, the artists on this list missed the memo regarding retreat.

Instead, freed from the expectations of the spotlight and the whims of previous decades’ quick-moving subgenre cycles, the rock musicians of the 2010s were free to stake out sonic territory as they saw fit. For some, that meant refining the primordial sounds that helped define the genre to begin with; here you’ll find the thrashing guitars of Cloud Nothings, the smoky stoner sounds of Kurt Vile, and the shout-along choruses of Japandroids.

For others, it meant capturing a share of the hypercolor bigness that help pop and hip-hop conquer the decade; Spoon’s Dave Fridmann-aided reinvention as a synth-rock band goes here, as do the best tracks from crossover headliners like Arcade Fire, Tame Impala, and The 1975. From veterans turning in classics in the autumns of their careers (hello, Tom Waits and David Bowie) to acts that took dance-punk’s electro fusions to their logical high points (you too, LCD Soundsystem and M83) — when the the chapter on the 2010s is written into rock history, it’s going to be longer than you’d think.

Having established that I’m terrible at predictions isn’t going to stop me from asking this anyway: what will rock music look like at the end of the 2020s? If I’m going to go on the record, it’s going to be with a touch of hope: the next time we write one of these lists, you’re going to see an even more diverse lineup of artists than the one we’ve compiled here. From Mitski to Brittany Howard to Laura Jane Grace, the voices keeping rock music vital in 2019 are more varied and inclusive than ever before, and that’s a shift that needs to keep trending upward if rock wants to survive as anything other than a genre in twilight.

Now’s not the time for looking forward, though. For now, we’re looking back, and taking a moment to appreciate the rock songs that soundtracked the decade. It hasn’t been an easy one, and the next one’s looking rough already, but tracks like these might just help us weather the storm, one power chord at a time. 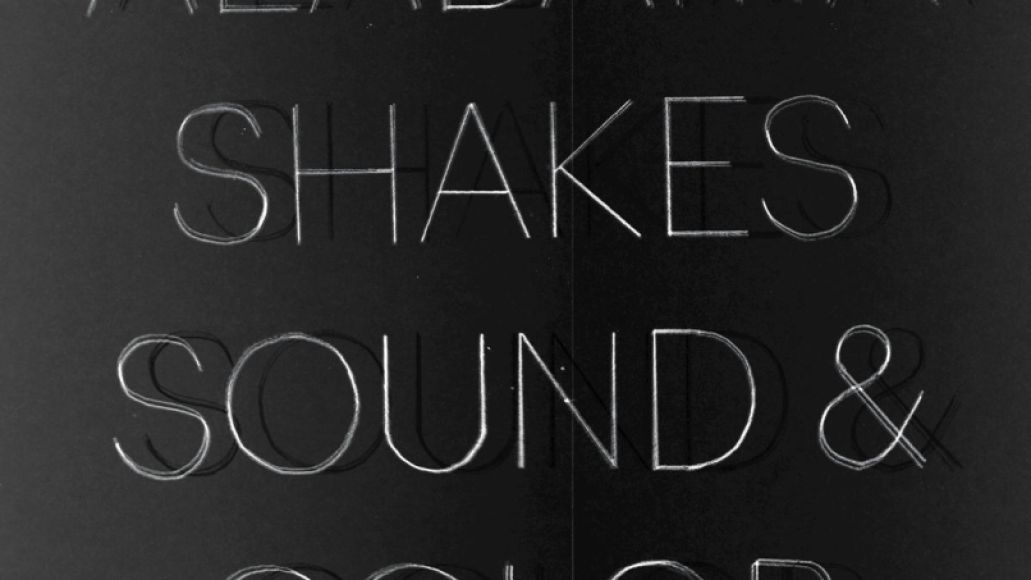 That muscular guitar riff is a great example of why Brittany Howard is one of the most interesting songwriters in rock, but the strangled scream that kicks off the song shows why she’s among the greatest rock vocalists of her generation. You can hear it in the weariness as she sings “Lying down ain’t easy” and the staccato flourishes she lends to “Why can’t I catch my breath?” It’s a breathtaking performance, full of nuance and power, sadness and anger and loss. Howard doesn’t just have more ideas than most of her peers; she has more talent to pull them off. –Wren Graves 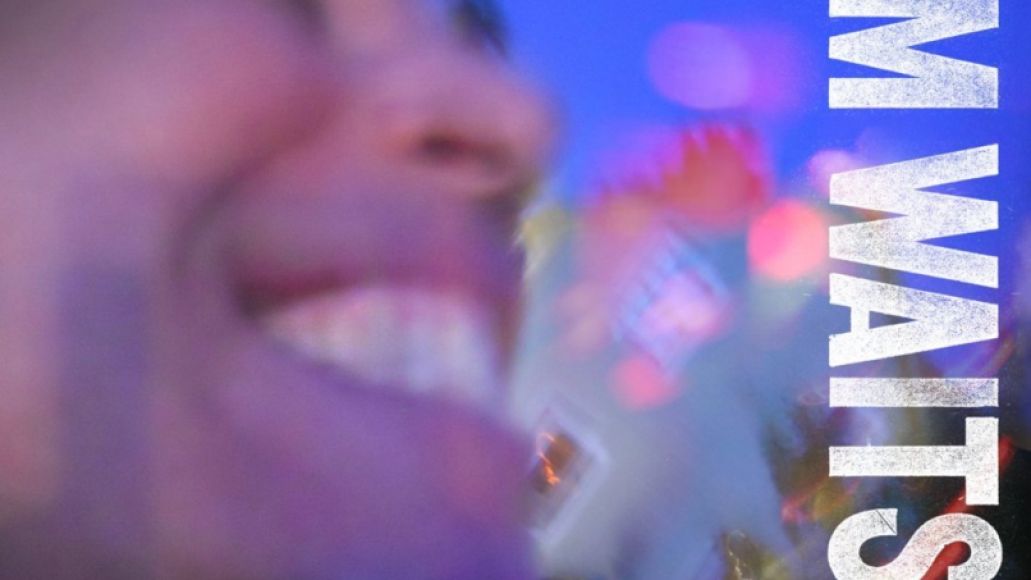 It’s not that Tom Waits has shied away over the years from reflecting on the pain, despair, and devastation that war brings to soldiers and their families. He’s just always touched upon the topic rather subtly — by picking through a box of old keepsakes, including war medals, at a yard sale (“Soldier’s Things”) or through an epistolary song from the point of view of a soldier getting ready to be discharged and sent home (“Day After Tomorrow”). However, on “Hell Broke Luce”, Waits creates a festering, wretched hellscape, using a collage of disoriented sounds, the cadences of a platoon march, and a swamp of soldier biography, eye-witness accounts, and infantry doggerel. It’s what one might imagine a flashback or nightmare might be like for an ex-soldier suffering from shell shock. By creating such a haunting portrayal of war, Waits forces us to rethink what we’re signing up our children for — no matter how proud we might be of their service. –Matt Melis 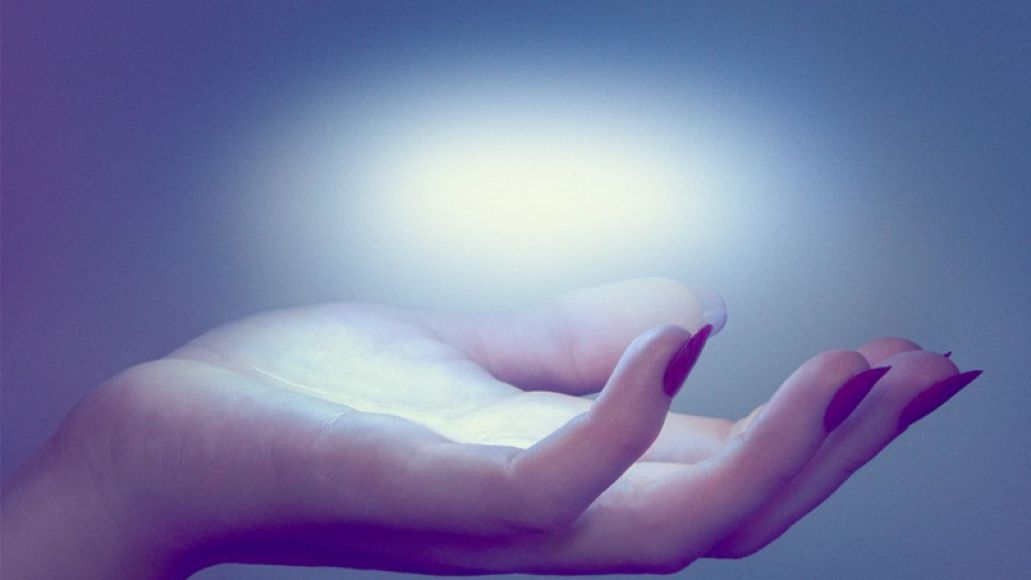 If you’d told most Spoon fans in 2005 that the band would be responsible for one of 2014’s most underrated beach songs, they would’ve snorted, adjusted their trucker hats, and retreated to the nearest High Life tap. However, “Inside Out” exists, and, at least sonically, its beachiness is undeniable. The sweetest fruit of the band’s subtle reinventions under producer Dave Fridmann, “Inside Out” juxtaposes Britt Daniel’s bruised lyricism with waves of synth and fluttering harps that render Spoon’s sound warmer and more contemplative than ever before. If you need a soundtrack for feeling sad in the sunshine, this song’s a top contender. –Tyler Clark 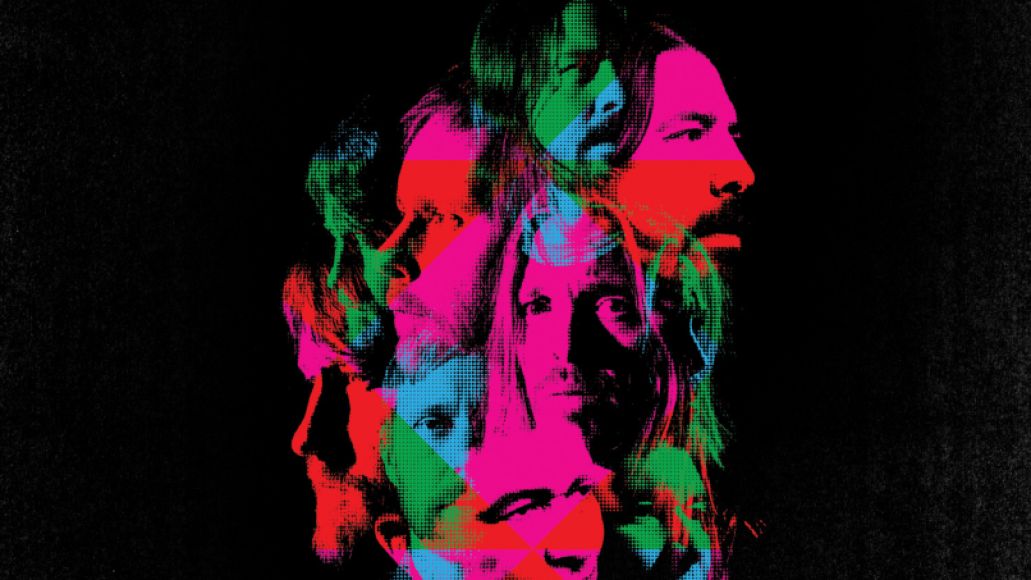 In his Grammy acceptance speech for Wasting Light single “Walk”, Dave Grohl reminded us that “the human element of making music is what’s most important.” To that end, Foo Fighters rejected the push for digital precision and returned to the basics of rock and roll on “Rope”. Recording on analog equipment in Grohl’s garage, Foo Fighters and producer Butch Vig recaptured the energy and swaddling production value of the grunge era. From its layered opening guitar riffs to over-the-top drum breaks to rich vocal harmonies, “Rope” is a good, old blast of rock and roll from one of the genre’s most consistent patrons. –Christopher Thiessen 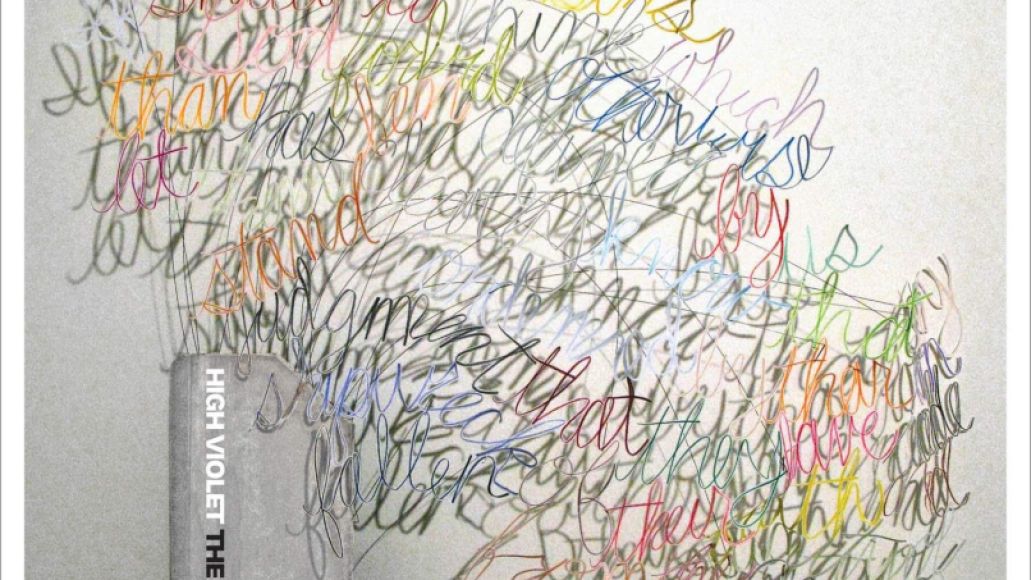 A low, steady thrum of reality, the unshakable feelings, the “quiet company.” Then apocalyptic drums — harder and harder to ignore. After fan favorites Alligator and Boxer, whose opening statements are far less earth-shattering, The National kicked off a prolific decade with the knotty High Violet. Of course, The National became the vanguard of the 2010s’ “grown up” rock: emotional intensity in a button-up shirt. “Terrible Love” gestures toward High Violet’s heady production and meditations on sorrow and addiction. It is measured and solemn until the final minute: a crush of drums, a haunting falsetto, the piano just barely audible. –Erin O’Brien 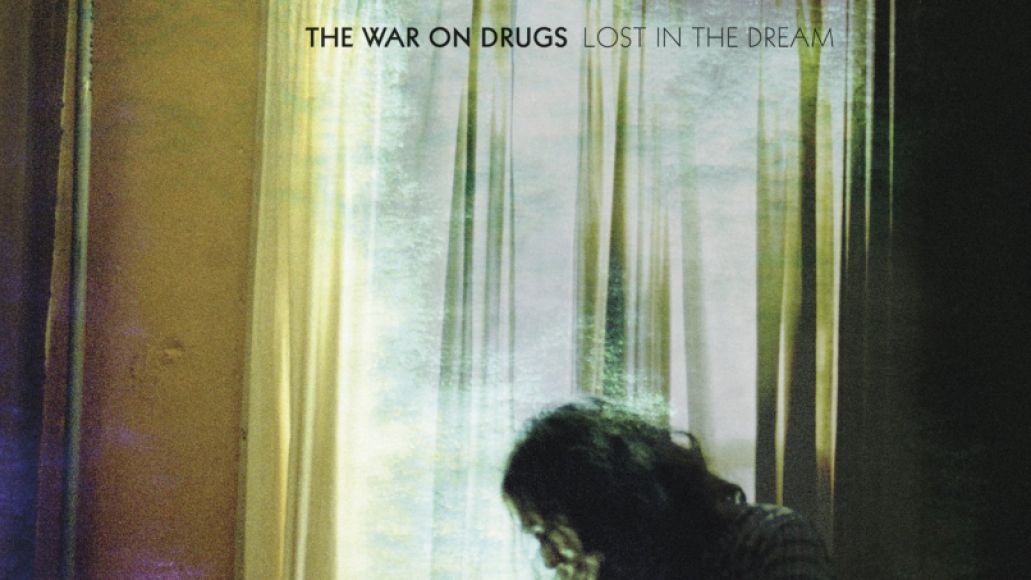 It took until 2014’s Lost in the Dream, the third album from Pennsylvania indie rockers The War on Drugs, for frontman Adam Granduciel to fully emerge from the smoke-ring shadow of ex-member and frequent collaborator Kurt Vile. in many ways, “Red Eyes” is his coming-out party; while the influence of Vile’s trademark haze is still evident, that “whoo!” around the 1:45 mark should tell you that you’re dealing with music more insistent, more desperate, and more stirring than expected. By adding a touch of Springsteen to the slackerdom, Granduciel found his voice, and the world found a new source of troubled-times rock that leans into the jitters instead of sitting still. –Tyler Clark 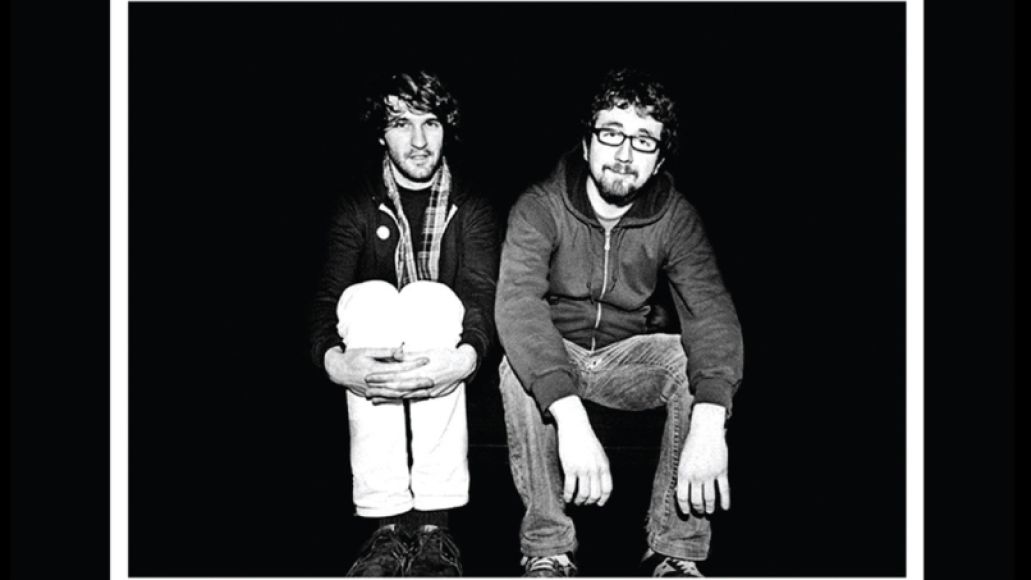 Garage rock was the savior of guitar music for much of the early half of the decade, and Japandroids were the flag-bearers. “The House that Heaven Built” is everything you want in a sweaty rock song: an epic illustration of love and glory so furious in delivery that the scratchy bellows seem to come from your own throat. It’s perfectly constructed to rouse hope in the hopeless, an electrifying example of how powerful two musicians can be when they go for broke together. When you can feel the joyous moshing just listening through your headphones, you know you have a true rock anthem. –Ben Kaye 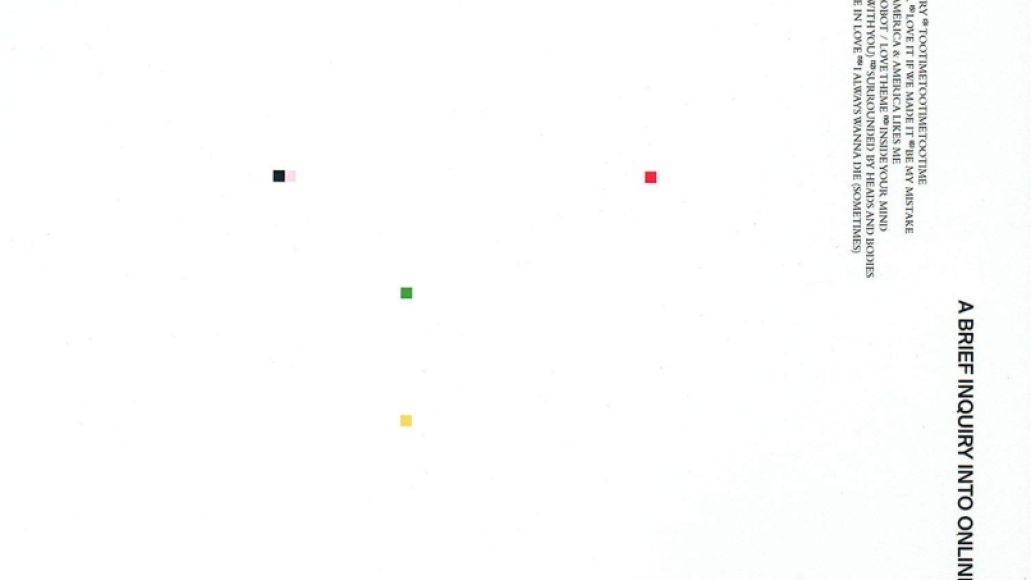 When the decade began, the members of The 1975 had just escaped teenagehood, and for the first part of the 2010s, their songs reflected the experiences of young men freshly in their 20s. However, as they’ve aged, so has the subject matter of their songs. The culmination of their growth as a band peaks on “Love It If We Made It”, a track detailing the failings, both social and political, of the modern world. Vocalist Matty Healy knows the world may be bleak around us, but wouldn’t it be great if we made it? That’s the hope Healy clings to and you can’t help but believe in him. –Jennifer Irving 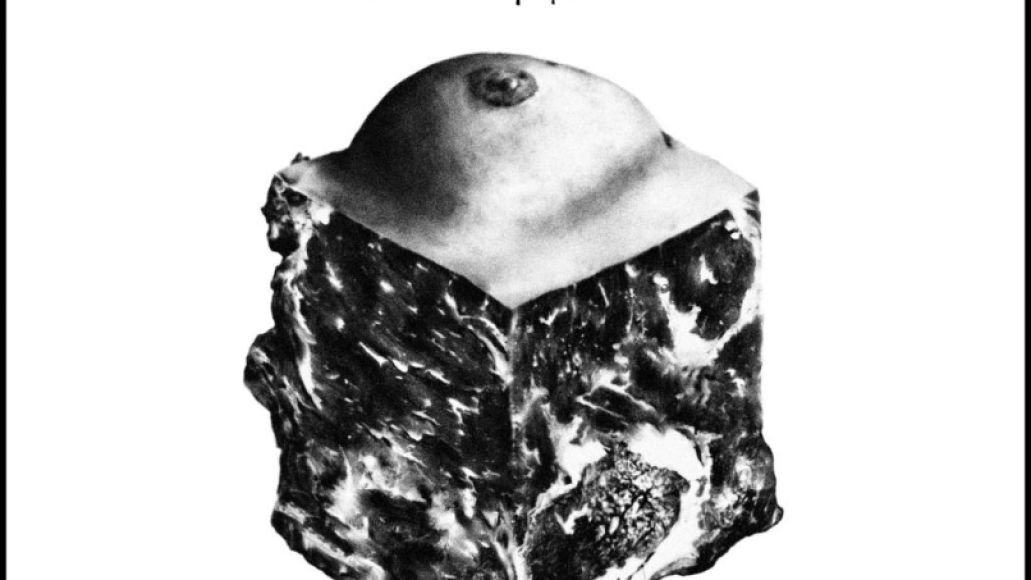 If there’s one thing bullies hate above all else, it’s to get a taste of their own medicine. It’s what makes the title track to anarcho-punks Against Me!’s sixth album so bracing: It’s the sound of somebody else’s “fuck you” getting rubbed back in their face. Her voice full of pain and righteous anger, Laura Jane Grace speaks up for every transwomen who’s ever wanted to tell a TERF to go die in a fire. This is no-bullshit anthemic rock at its best: The kind of song where the riffs and the words land as breath stealing gut punches. –Ashley Naftule 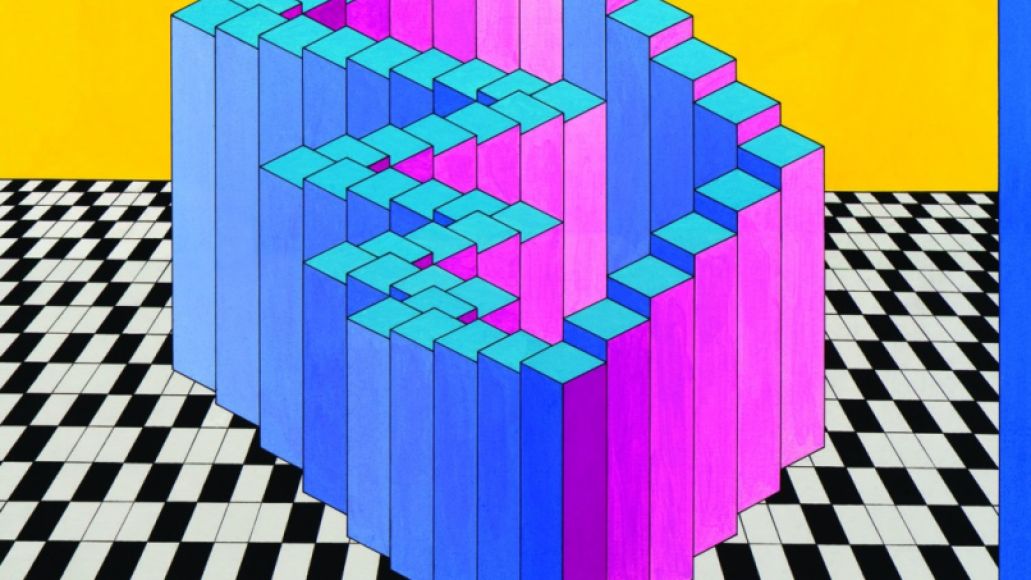 It had been five long years since their last full-length when The Strokes positioned themselves back on the scene with “Under Cover of Darkness”, the lead single of their fourth studio album, Angles. It gave fans the familiar allure of their glittering guitar and the stumbling lyrical irony from frontman Julian Casablancas, but more than just a return to their sound, it was a confident reintroduction and call to arms from a band who’d been known for where they’re from, ridiculed for being style over substance, and critiqued for their best songs being behind them. When Casablancas sings, “Get dressed, jump out of bed into a vest/ Are you OK?/ I’ve been all around this town /Everybody’s been singing the same song for 10 years,” he means it. –Erica Campbell