Here’s one way to break the Internet: K-pop superstars BTS are teasing a collaboration with Billie Eilish.

The two acts crossed paths at Variety’s 2019 Hitmakers brunch in Los Angeles on Friday. BTS later retweeted a photo of the group posing with Eilish, which featured the caption, “Now this is a collab we can get behind.”

A collaboration between BTS and Eilish would be massive for obvious reasons. The K-pop group’s previous track with an American pop star, “Boy With Lov” featuring Halsey, went Platinum in the US and currently stands as the most-viewed video over a 24-hour period in YouTube history. The record on which “Boy with Luv” appears, Map of the Soul: Persona, debuted at No. 1 in the US and was supported with a massive stadium across the world.

Truth by told, really the only pop act who had a bigger 2019 than BTS was Eilish. Her debut full-length, When We All Fall Asleep, Where Do We Go?, was the best-selling album in all of 2019, not to mention our personal favorite. She was subsequently nominated for Grammys in all four categories (Album, Song, and Record of the Year, as well as Best New Artist), becoming the young artist to ever achieve such a feat. And next spring, she’s set to embark on what will undoubtedly be the biggest arena tour of the year.

So, yeah — a collaboration between BTS and Billie Eilish would be a pretty big deal. Let’s hope the two acts find time in their busy schedules to make it a reality. 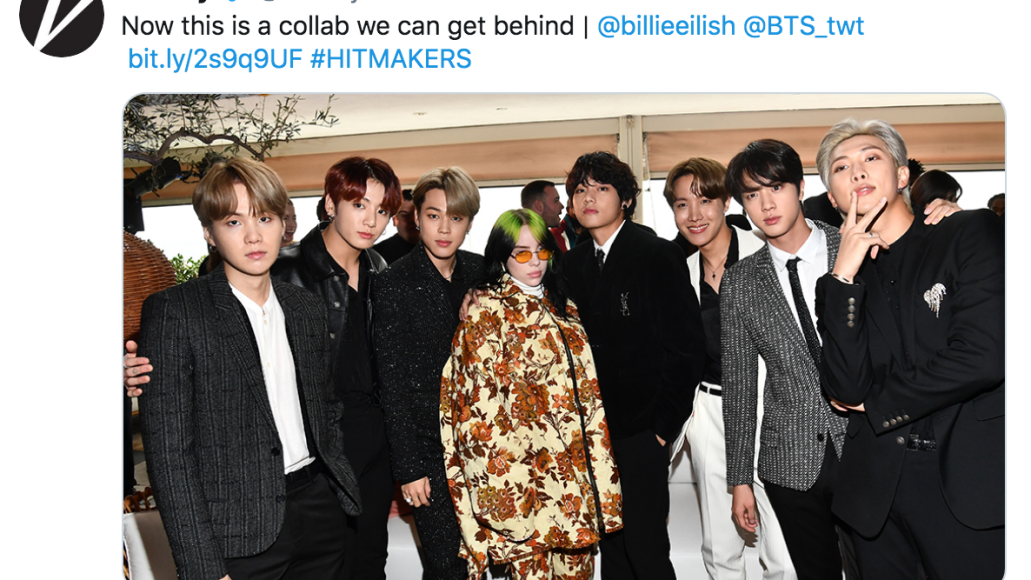