The life and legacy of Daniel Johnston will be celebrated at a tribute concert at Austin’s Moody Theater on January 22nd.

Cage the Elephant, White Denim, and TV on the Radio frontman Tunde Adebimpe are confirmed for the event, as are Jason Falkner and Katie Schecter. More acts are expected to be announced in the coming weeks.

Proceeds from benefit show will go toward the Hi, How Are You Project, a non-profit organization whose mission is “to remove the stigma and shame around mental health, so people will feel open to communicate.” 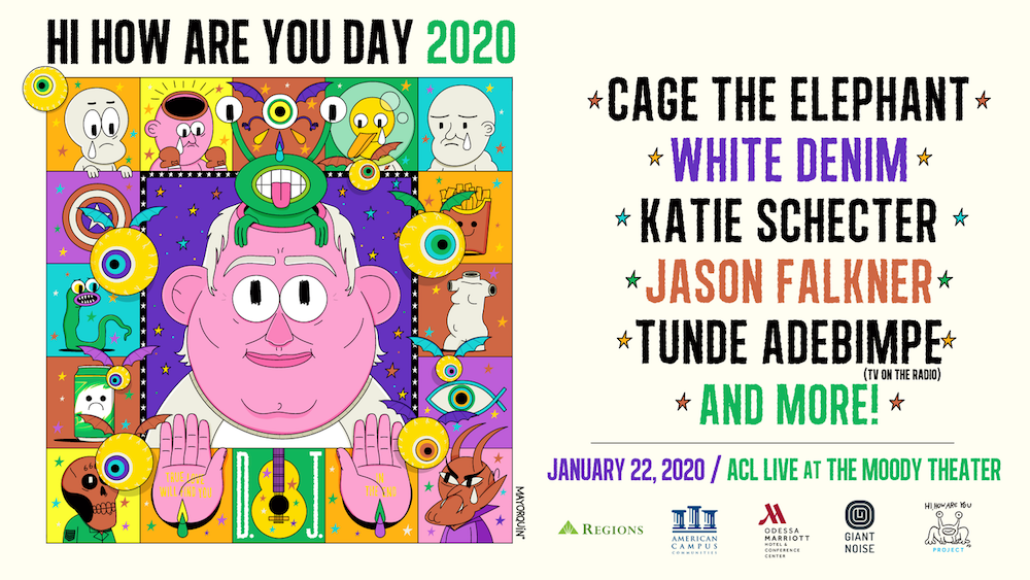 “This year’s Hi, How Are You Day will have special significance as it’s the first event since Daniel’s passing,” Tom Gimbel, Johnston’s manager and co-founder of the Hi, How Are You Project, remarked in a statement. “Many of the artists who will be performing have a long and close history with Daniel and his music. Their support has been really meaningful over the past two months.”

Johnston died this past September after suffering a heart attack. He was only 58 years old. In the months since, artists such as The National, Wilco, Nick Cave, and Eddie Vedder have paid tribute to Johnston with their own unique covers.