The Yang Gang is growing. After previously gaining the support of rock outfit Weezer, 2020 presidential hopeful Andrew Yang has now earned an endorsement from Childish Gambino, aka Donald Glover. Update: Glover has signed on to become Yang’s “creative consultant”.

Glover is scheduled to appear during a Yang pop-up campaign event in Los Angeles this Thursday, December 19th. Although details are sparse, an Instagram Story posted by Glover indicated that “collaboration merch (not music)” will be available in limited quantities and that all proceeds will go towards the politician’s campaign.

“Yang is solid,” Glover’s manager Fam Udeorji tweeted Wednesday afternoon. “Before media gasses shit up just now both will be in attendance and we’re raising money for the campaign. Simple and easy, show up and support or don’t.”

A self-described “ex-goth”, Yang will participate in the sixth Democratic presidential primary debate in LA later that evening. Last month, the attorney/entrepreneur had Weezer perform during a campaign rally in Des Moines called Yangapalooza!

As for Glover, his Atlanta series on FX — one of the best TV shows of the 2010s — was just renewed for a fourth season. 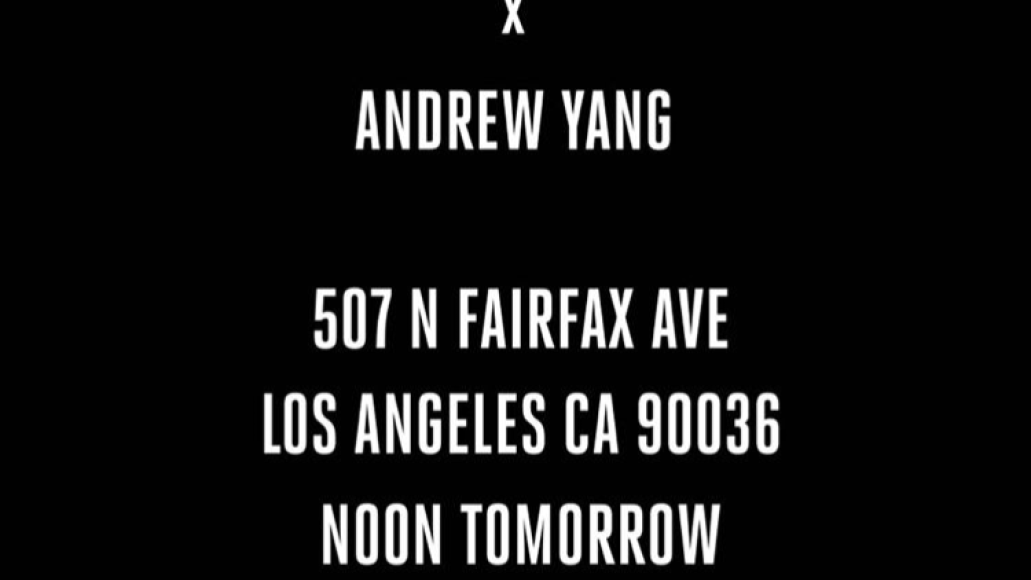