The Pitch: The latest auteur to jump ship from the traditional studio system for the shores of Netflix is Michael Bay, who’s back with an original action romp 6 Underground, after burying what was left of the Transformers films. He joins the likes of Alfonso Cuaron, David Fincher, and the surprisingly controversial Martin Scorsese who all made the switch, searching for creative control, large budgets and a built-in audience they most likely wouldn’t be able to reach otherwise.

Bay’s film is seemingly created to begin a whole new franchise and hoisted upon the back of its star Ryan Reynolds, who brought along his Deadpool screenwriters Rhett Reese and Paul Wernick for the ride. The trio had a lot of success in the past, so with the addition of Bay behind the camera, insane amounts of creative freedom, and a $150 million dollar budget, why does it feel like they played it safe?

Banding together with a supporting cast that includes Melanie Laurent, Dave Franco, Straight Outta Compton standout Corey Hawkins, and Bohemian Rhapsody’s Ben Hardy as globetrotting vigilantes who faked their own deaths in order to target high profile criminals. Without names and identified by a single-digit number, the titular group’s next mission is to stage a coup to overthrow a Middle Eastern dictator. 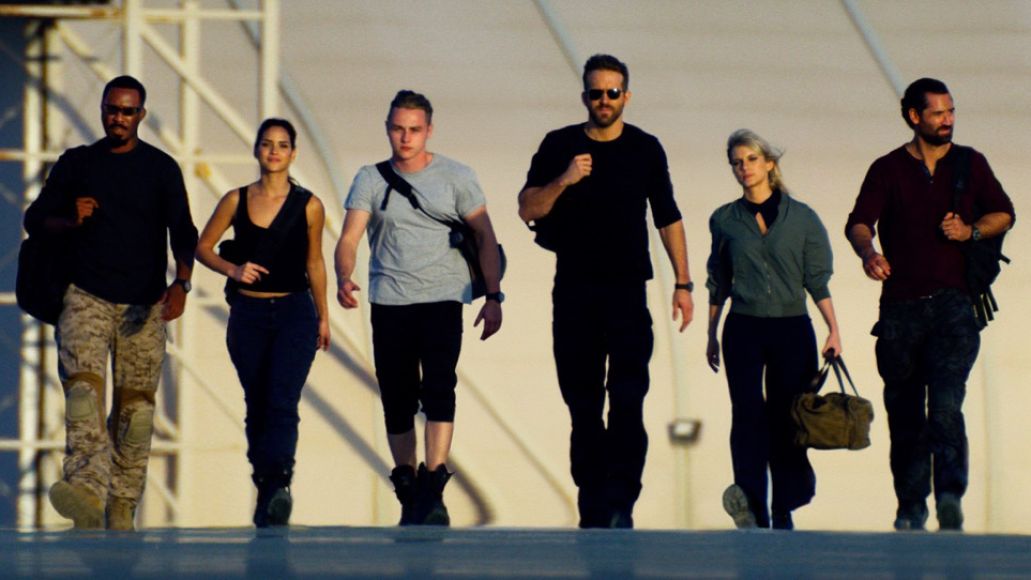 Ghosts on the Run:  Like any well-assembled team, each member serves their distinct expertise with only a few distinguishable character traits. One (Reynolds) is the billionaire, Two (Laurent) is the super spy, Three (Manuel Garcia-Rulfo) is the hitman, Four (Hardy) is a parkour master, Five (Adria Arjona) is the doctor, and Six (Franco) is the driver. There’s also the late addition of Seven (Hawkins), the sniper.

The entire group is funded by One, who has convinced each of these individuals to live by his personal creed of existing on the fringes of existence by not really existing at all. Told in a fragmented vignette that jolts back and forth from a car chase as the framing device, we get to know how each of these members faked their own death. There isn’t much character to build, but that’s intentionally an afterthought in service of set-piece storytelling. 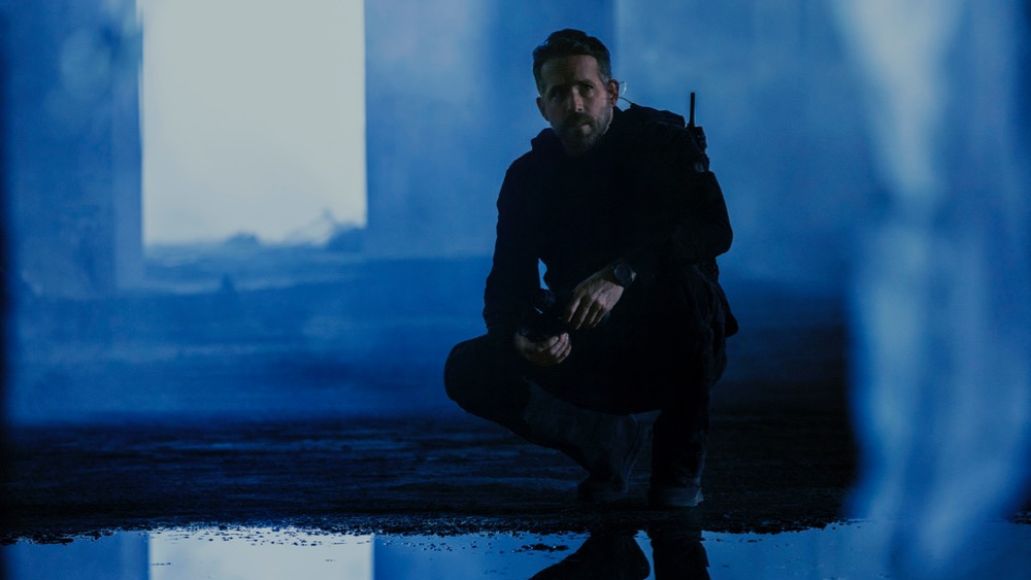 Living On The Edge: The biggest criticism is that none of these action beats really stand out from the other. The film is operating as a two-hour-long montage with most moments indistinguishable from the next, which I guess makes for perfect second-screen viewing. Only flashes of scenes are notable from Four seamlessly bouncing from building to building, or Two blasting the heads off war criminals. If anything stands out, it’s a prominent moment in the trailer where One uses a giant magnet to trap a hoard of assailants. The moment played out in full is surely a sight to behold, filled with phantom knives and other metal objects flying around with reckless abandon.

There are other opportunities where the film flirts with being subversive, such as Laurent’s method of control over the men in the group, or Hardy being the damsel in distress, that ends up falling into typical genre trappings. Ultimately, though, the situations the team finds themselves in are forgettable and littered with far too many quips for Reynolds and pop culture references. In one gun fight, spoken entirely in movie quotes, Three says, “ I see dead people,” as he kills a random baddie.

At times, 6 Underground wants to have its cake and eat it too in terms of asking the audience to emote for its character’s interpersonal relationships. The chemistry of the group is limited to quick interactions lost in a hail of gun fire. Sometimes the jokes land, others tank. If 6 Underground has anything in its corner is the element of surprise and the sheer unpredictability of watching these assassins solve one problem that winds up creating another. 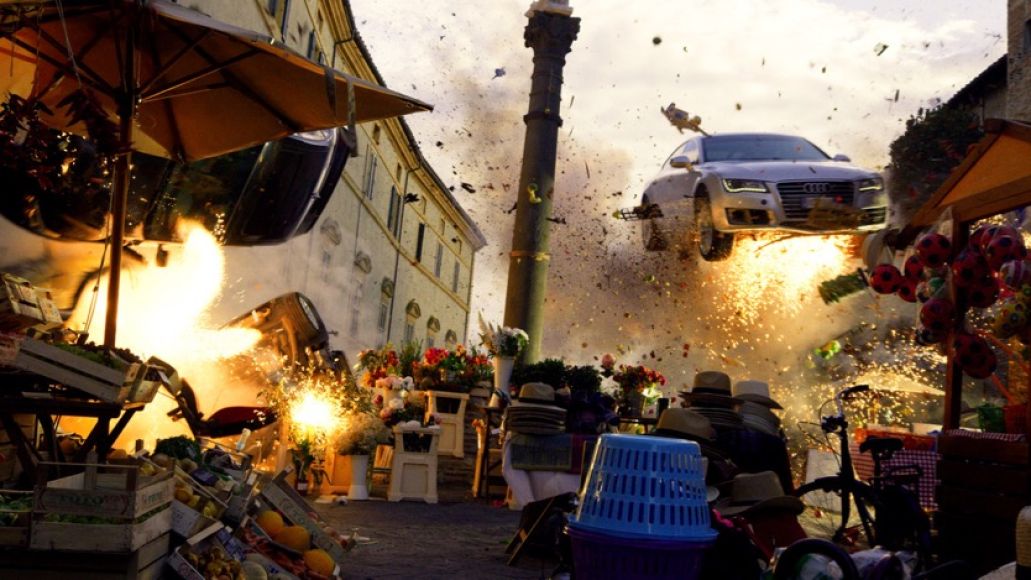 The Michael Bay Effect: Walking into a Michael Bay picture is a double-edged sword. On one end, you have a stylized form of action that throws caution to the wind for maximizing thrills that are gleefully hyperbolic. By that same token comes instincts from the legendary director that are best left checked, including several arena rock anthem needle drops that would make any Imagine Dragons fan proud. At times, its action film elements are working in concert, other times, it’s an assault on the senses that looks and sounds more like a car commercial than a feature film. However, Bay is low-key peppering in some of the transgressive, albeit misguided commentary that we saw in his 2013 film Pain and Gain, which is what makes this trip all the more frustrating. Strangely, this is a film caught in an identity crisis that’s teetering on the edge of being simultaneously exploitative and populist.

The Verdict: Make no mistake, this is a film made for frivolous consumption with car chases, swooping crane shots, cheesy one-liners, and crass humor. Sure, there’s some political commentary lurking underneath, but it’s not particularly savvy. Then again, if Michael Bay is going to continue to use his Netflix clout to bring talents like Melanie Laurent to American audiences, then l say we can find a silver lining to pretty much any film.