The Pitch: Director and writer Sophie Takal and co-writer April Wolfe take a stab at the second remake of 1974’s horror holiday classic Black Christmas. In their modern update, preparations for the holiday break are well underway at Hawthorne College. For the Mu Kappa Epsilon sorority sisters, that means Christmas pageants at the popular frat house, seasonal parties, and decking the halls while most of the house has emptied to visit their families. The gals are dealing with more than just college course loads and holiday stresses, though.

Riley (Imogen Poots) is still reeling from a sexual assault during her freshman year by Brian (Ryan McIntyre), then the president of the Delta Kappa Omega fraternity. Outside of her sisters, no one believed her when she reported the crime, and she’s retreated into herself as a result. As for Kris (Aleyse Shannon), she’s stirring up trouble with a petition to eject Professor Gelson (Cary Elwes) for his all-white male-only curriculum. Their problems become compounded ten-fold when a masked stranger starts stalking and slaying sorority sisters one by one. 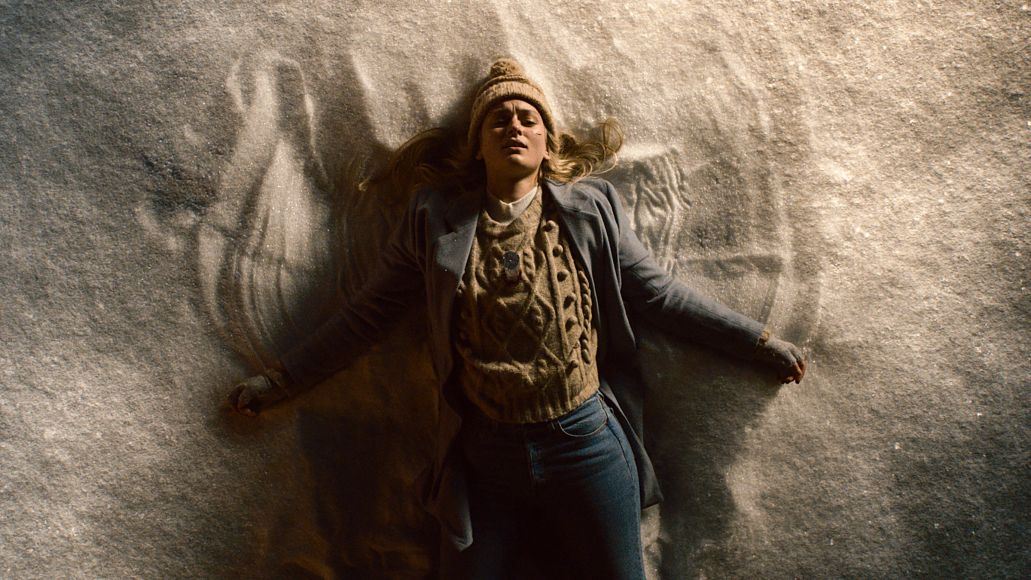 You Better Not Cry: Bob Clark’s original 1974 yuletide slasher was progressive for its era. It centered around a heroine that stood up to her short-tempered boyfriend, held firm on her choice to abort an unwanted pregnancy in an age where discussing it was unheard of, and went toe to toe with a deranged stalker. Yet, the feminist slant was a mere supporting element meant to flesh out its sorority sisters to further engender them to the viewer, making their violent demises all the more horrific. The horror took center stage. Here, Takal and Wolfe reverse the formula; fear takes a back seat as they weave every line of dialogue, character motivation, and narrative beat around the feminism and breaking down the patriarchy in the #MeToo era.

This time, the final girl archetype is filled by rape survivor Riley. Poots, a talented actress, bears the brunt of a screenplay that feels more like a lecture than a movie. She tries her hardest to imbue Riley with affability and sisterly camaraderie, to give the film a rooting interest when the filmmakers’ messages threaten to overshadow anything resembling a plot. 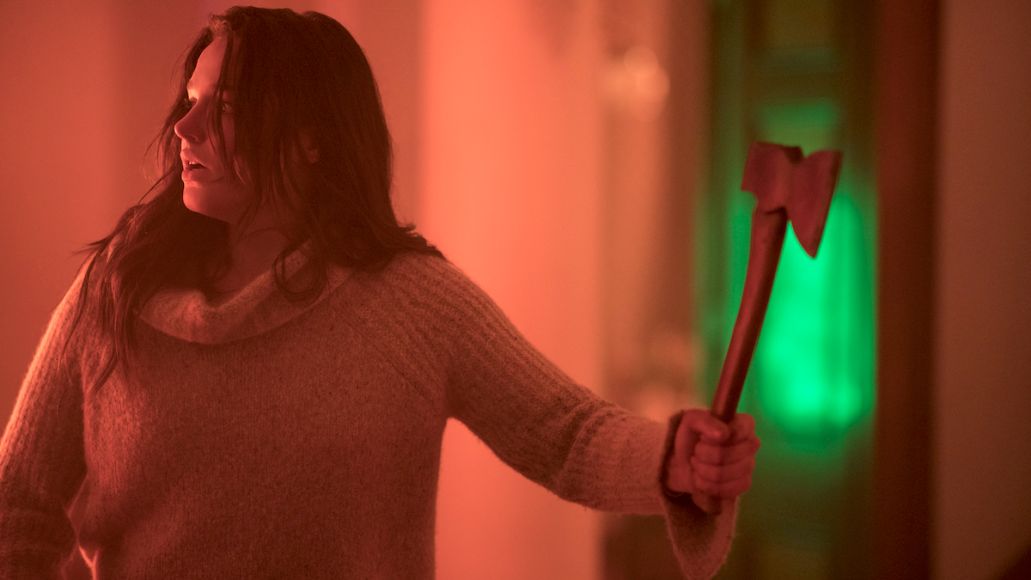 Better Not Pout: From its blunt metaphor for deconstructing the patriarchy, tackling rape culture on a college campus, and how to support fellow women in times of trauma, there’s very little left off the table in the discussion of feminism. There are so many talking points that story and horror are far distant seconds. Except, it’s the feminism of white women. Takal and Wolfe seem to forget characters of color.

For all of Kris’ early setup in her attempts to take down the professor, and her fighting spirit upon the first home intruder, the final act neglects her. She’s shown to have kinks in her own feminist armor and never gets to finish the personal battle she started; she’s merely there to make sure Riley saves the day. Meanwhile, nice guy Landon (Caleb Eberhardt) exists solely to fuel the mistrust between genders and be used as a stepping stone. How he and Kris are ultimately treated feels rotten and careless. In the spirit of true feminism, this film feels more interested in preaching than practicing. 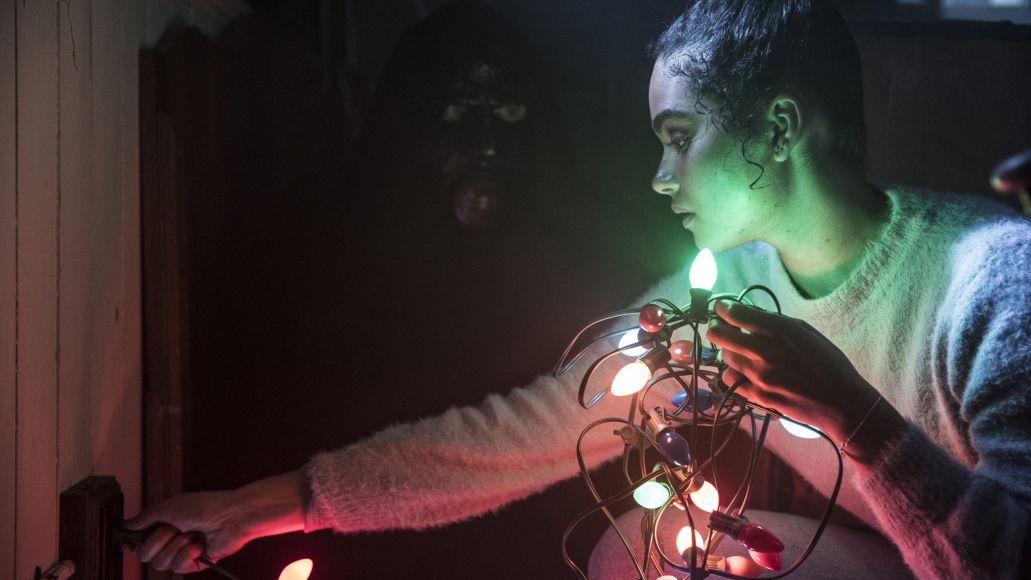 I’m telling you why: There are no surprises in store, at least not for those who have seen the trailers. All of the moments that might’ve elicited a gasp or chill was given away in the marketing. Everything else is relegated to sloppy action sequences, lazy foreshadowing, and outlandish Scooby-Doo worthy reveals devoid of tension. After two-thirds of heavy-handed and calculated plotting around weighty topics, it gives up in the third act for a lackluster horror-lite finale. The pacing and story are not equipped to bear the weight of the messaging, and it causes tonal whiplash.

The Verdict: The topics Black Christmas attempts to juggle are worthy and necessary. The real horrors of campus assaults should be examined, and horror makes for a perfect vehicle for that discussion. Yet this remake’s ambitions are too lofty for its own good. The messaging forgoes finesse and grace in favor of blatant lecturing, cramming patriarchy, rape culture, toxic masculinity, and white male rage all in an unsatisfying Christmas horror package. Throwing every single talking point of the movement into a clumsy script that overwhelms both the horror and the narrative makes for a cinematic lump of coal that poor Poots can’t save, no matter how hard she tries.

Film Review: Black Christmas Is a Lump of Coal