The Pitch: Daniel Isn’t Real opens up with a boy named Luke (Griffin Robert Faulkner) running away from home amidst a nasty fight between his parents. Down the block, he witnesses the aftermath of a grisly shootout at a diner, where he meets Daniel (Nathan Chandler Reid), a figure only he can see. Shortly thereafter, it’s revealed that Luke’s father left his mother Claire (Mary Stuart Masterson), who Daniel “tricks” Luke into poisoning with her own medications. Barely recovering from the poisoning, Claire then forces Luke to lock Daniel away into a dollhouse that resides in their home. Years and years later, when Luke (Miles Robbins) returns from college to visit his mother — who’s now been diagnosed with schizophrenia, mind you — he unleashes Daniel (Patrick Schwarzenegger) from the dollhouse and the two friends—one real, one imaginary—pick up where they left off.

Can You See The Real Me? In the social media age, people must wrestle with who they perceive themselves to be, and how they’re perceived by the outside world. Now, more than ever, having a persona or a brand is important not only for celebrities, but for the average Jane or Joe with an Instagram account. In a way, the Twitter avatar acts as our id, our animalistic urges for food, sex, drink … instant gratification.

Through social media, people reach out to the world in the guise of who they want to be—through filters, photos with the exact right angle, and perfectly curated and punctuated opinions–and, all too often, the truth lies somewhere in the middle. Daniel Isn’t Real utilizes the notion of the id–alongside that of possible mental illness–to craft a psychological thriller that, while not silly or high camp, certainly revels in the exploitative nature of it all. 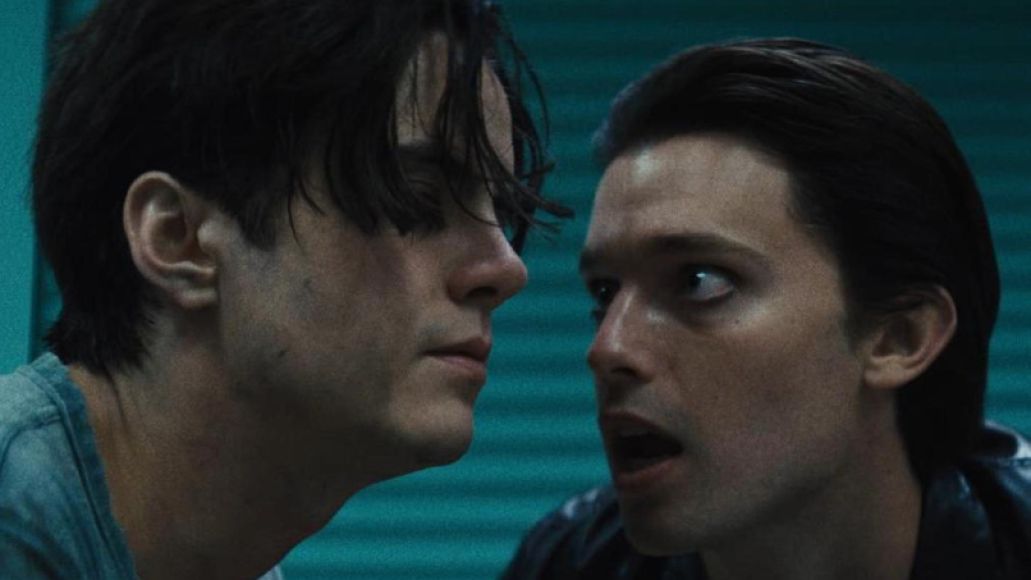 Two Hearts Are Better Than One: Daniel Isn’t Real isn’t a film that’s searching for answers, even though filmmaker Adam Egypt Mortimer leaves his audiences with plenty of questions — particularly surrounding the titular figure, Daniel. Portrayed by Schwarzenegger with aplomb and swagger, Daniel may be a physical manifestation of Luke’s schizophrenia … or he may be his id come to life.

At the very least, he’s not necessarily evil upon first introduction — more Fight Club’s Tyler Durden than Drop Dead Fred. He’s slick, he dresses wild, he knows how to talk, and nothing appears to scare him. Because of this, Daniel is not just an imaginary friend, but someone Luke aspires to be, and it’s telling in how Daniel’s advice often leads to greener pastures for Luke.

But is Luke at his best when he’s listening to Daniel? He certainly wasn’t when he told him to kill his mother. That’s the grey area the film simmers in, and Mortimer’s slight touch never feels self serving or pretentious, even despite the relatively heavy topics being covered. In some respects, the film concedes that we should listen to our animalistic urges, only that we should never neglect our own egos.

In other words, don’t cut off your nose to spite your face. 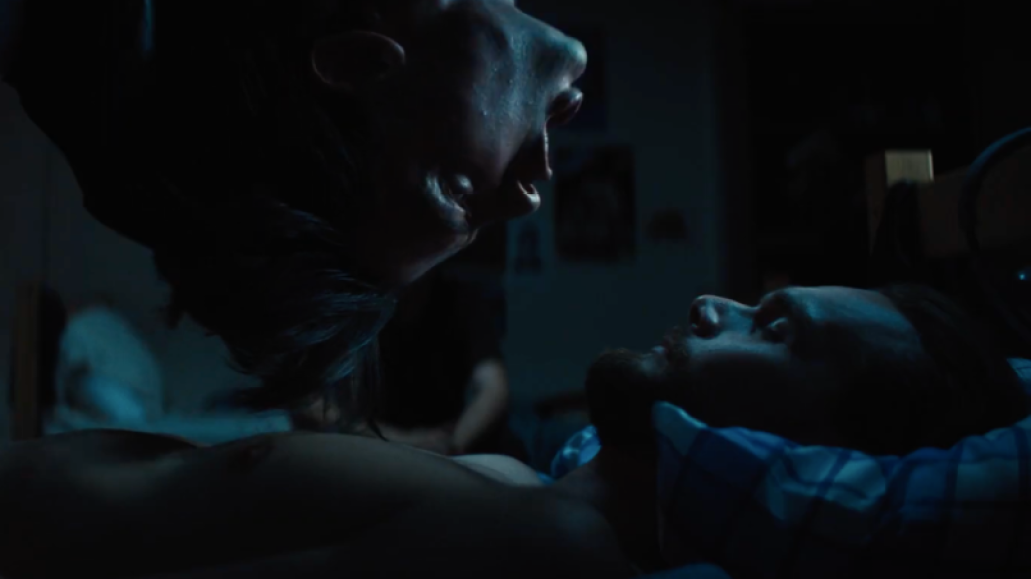 Mirror In The Bathroom: Like Brian De Palma’s Dressed To Kill and Raising Caine, Mortimer’s use of schizophrenia, inner demons, Freudian psychology, and attempted matricide aren’t exactly wielded for commentary, but simply used as plot devices. Even so, the film is relentlessly entertaining. Luke and Daniel’s relationship is the core of this film, sliding from an uneasy friendship to a battle for Luke’s soul. No kidding: The film climaxes with a weird and wild trip into Daniel’s psyche, drenched in neon and synths, that features his inner demons manifested as literal demons. A sword fight ensues.

The Verdict: Daniel Isn’t Real is exploitation that eschews the trashier elements of the genre. As a director, Mortimer frames a great shot and pulls gangbusters performances out of Robbins and Schwarzenegger. It’s minded, but also massively entertaining genre cinema.

Where’s It Playing: Daniel Isn’t Real has a limited release on December 6th.

Film Review: Daniel Isn't Real Is Another Genre Gem for 2019