The Pitch: Based on a true story, and on the book of the same name by Equal Justice Initiative founder Bryan Stevenson, Just Mercy follows the establishment of the EJI and one of its first groundbreaking cases. Fresh out of Harvard law in 1989, Stevenson (Michael B Jordan) turns down cushy law firm prospects in order to move to Monroe County, Alabama and help disenfranchised prisoners. With the help of Eva Ansley (Brie Larson), a budding local activist who shares his commitment to the cause, he sets up a bare bones office and begins visiting inmates on death row.

It’s here where he meets Walter “Johnny D.” McMillian (Jamie Foxx), a poor black man who was arrested and convicted of killing a white woman on no evidence and extremely suspect testimony. Johnny D is all but resigned to his cruel and unjust fate when he first encounters Stevenson. He’s been failed by every element of the legal process in every possible way and has no cause to believe things will change. But the compassionate and idealistic young lawyer convinces McMillian and his family to fight the sentence. 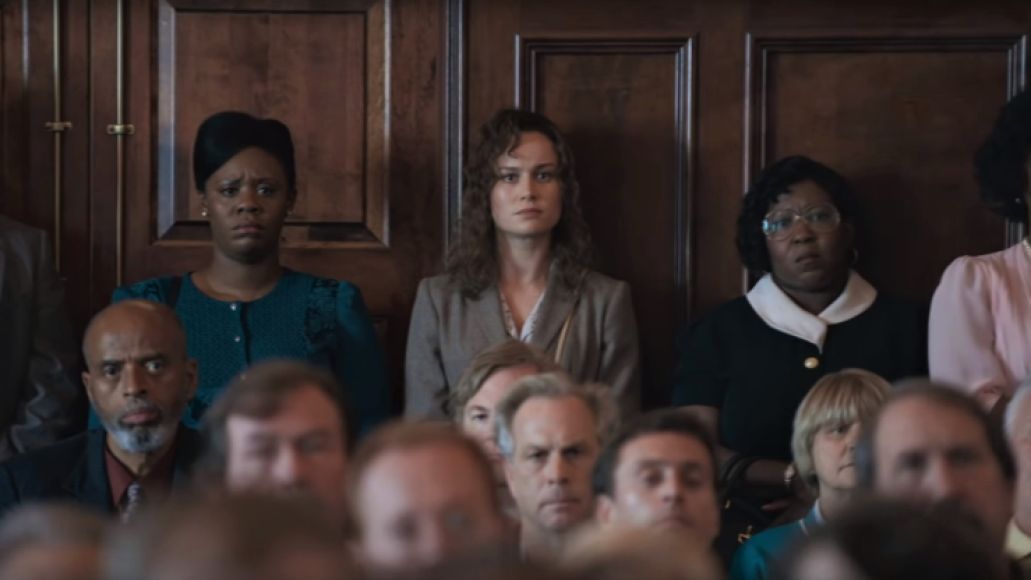 Function Over Form: There’s nothing about Just Mercy that challenges or pushes the boundaries of filmmaking. It doesn’t do much to innovate the structure of the Big Issue film, either. If you’ve seen at least one Hollywood feature that earnestly tackles a serious topic for a mixture of pathos and awareness, you probably know exactly where this is going. Injustice occurs. An underdog fights against it, usually at some expense to themselves. Impassioned speeches are made. A vital battle is won, but the war continues.

Yet just because Just Mercy follows this storytelling formula to a large extent, doesn’t mean it isn’t good. After all, sometimes it’s not about how a story is told, but who gets to have their stories told. Racism, the structural inequality of the incarceration system, and the inhumanity of the death penalty are issues that have all been tackled in movies before, from To Kill A Mockingbird to The Green Mile, but rarely if ever with the frankness and immediacy that Just Mercy brings to McMillian and Stevenson’s journeys.

All of this is not lost on director Destin Daniel Cretton, who’s rather self-aware about this context in the screenplay he co-wrote with Andrew Lanham. For instance, when Stevenson first begins working in Monroe County, seemingly everyone he tries to engage with asks him if he’s been to the To Kill a Mockingbird museum yet. It works both as a cheeky, running joke and a reminder of the disparity between Harper Lee’s fiction and Stevenson’s reality. Or better yet, the difference between the 1962 film adaptation and Just Mercy.

Bottom line: The system is broken. The people perpetuating it are racist, ignorant, and complacent. It’s victimized McMillian and both hampers and targets Stevenson as he attempts to combat it. Death row is monstrous and viciously unfair to all of its prisoners — not just the innocent ones. The film may take us on a familiar path toward a cathartic climax and teachable moments over the course of its 136 minutes, but it spares us and its characters any scenes of feigned surprise or overly voyeuristic suffering about any of these facts along the way. 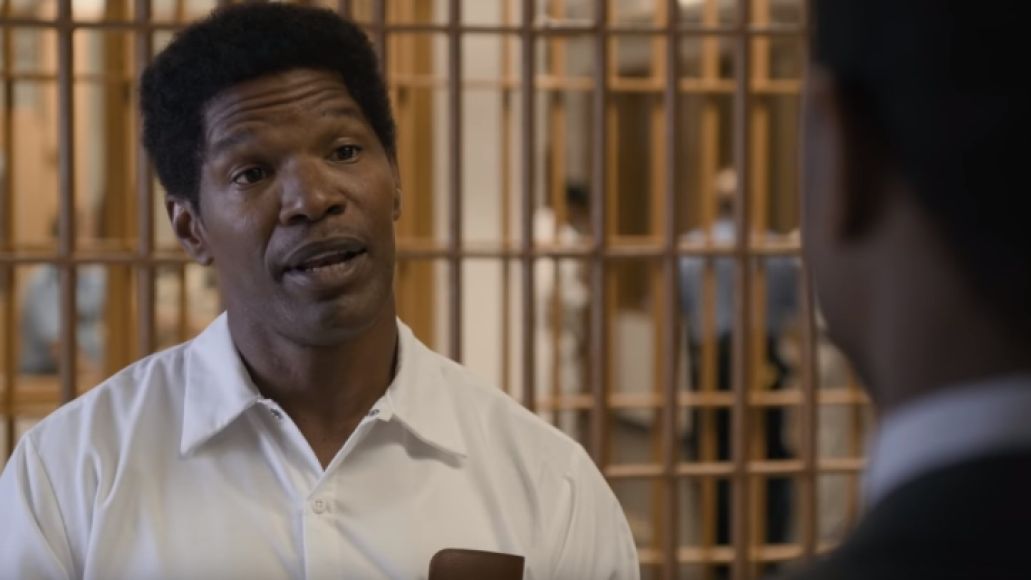 Character Evidence: The message of Just Mercy is also buoyed by a number of strong performances from its exemplary cast. Larson is solid but not exactly showy in her supporting ally role. Jordan isn’t necessarily given a lot to chew on as Stevenson, a role that focuses more on his work and valor than any personal details, but he plays the pure hero well.

Rob Morgan, who stars as Herbert Richardson, another client of Stevenson’s, is subtly striking but restrained. Playing a veteran with PTSD and noticeable ticks could have easily devolved into hamminess, but Morgan never lets his portrayal obscure Richardson’s humanity. He’ both heartfelt and heartbreaking in the role.

But the film really belongs to Jamie Foxx, who runs the gamut of human emotion as McMillian. Beaten by life but not entirely broken, imperfect but innocent, Foxx is compassionate, wry, and thoughtful in one of the best performances of his career. Even if, for whatever reason, you’re not invested in his plight on an idealogical level, you can invest in him on a personal one.

The Verdict: It might not be the purest or boldest aesthetic expression in the history of cinema, but Just Mercy is incredibly effective at what it sets out to do: change hearts and minds about capital punishment, bring more awareness to the brutality of killing other human beings in the name of the law, and highlight the racism and other issues of structural inequality that lead to the high margin of error in death penalty convictions. What’s more, it celebrates some real-life heroes who have made — and are still making — a difference in this issue along the way. It might not be to everyone’s taste, or everyone’s politics, but this flawed albeit powerful film is worthy of your time and consideration.