The Pitch: The story happened on a dime. July 26, 1996. The Atlanta Summer Olympics. A security guard named Richard Jewell (Paul Walter Hauser) discovers a backpack with a homemade pipe bomb inside at the Centennial Olympic Park during a concert performance. Jewell alerts other members of the law enforcement community of the situation. The bomb still goes off, but because of his efforts, it causes less damage than it may have, and he saves lives in the process. He is, by all accounts, a hero. Within hours, he’s roped into the national press cycle for interviews, offering his account of what happened and how he’s simply grateful for what he was able to do.

July 30. That Tuesday afternoon, the Atlanta Journal-Constitution’s afternoon edition runs the following headline on the front page: “FBI suspects ‘hero’ guard may have planted bomb”. With his checkered past, Jewell fits the profile of a “lone bomber”, and what would normally be a routine series of screenings and investigations becomes a major story for numerous reasons. Jewell is socially awkward. Lived with his mother. Had failed to hold on to a number of police and security jobs before 1996. Richard Jewell considers what happened to Jewell, as he fends off press and politicians with his good friend and attorney Watson Bryant (Sam Rockwell).

Media Martyr: There are two ways to approach Clint Eastwood’s latest historical drama. As a disaster thriller with a dash of tabloid potboiler? Good, even great. As a topical harangue? Oh, boy. 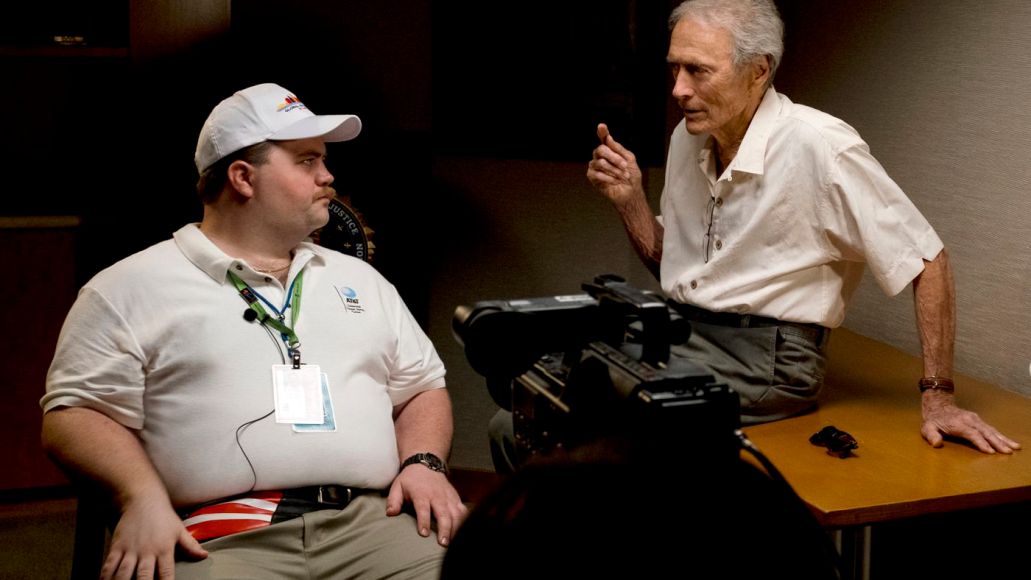 Up front, the middle act is a grotesque, finger-wagging re-litigation. Richard Jewell offers a treatise on the modern media landscape, and how we make martyrs of the wrong men. In that area, this movie is over-the-top, obvious, and engages in a bit of collar tugging. It’s an embittered staging of anecdotal evidence against institutions, one might surmise. “Jewell was right and y’all were meanies!” seems to be the middle message. It’s here that the portrayal of Kathy Scruggs (Olivia Wilde) borders on something of a tabloid floozie (and it feels especially cruel given that she’s long been deceased and had no say.) Tom Shaw (Jon Hamm) and his FBI associates come off like square-jawed G-man jerkoffs looking for a fall guy and more-than-implying that they can’t do their own jobs.

The attempts at tact wave goodbye fairly quickly in Richard Jewell. All that’s missing from backdoor deals between the FBI and Atlanta journalists is the dagger to stab Jewell in the back with. It hurts the film’s better, more somber and humanistic tendencies that attempt to scout the bigger emotional landscape, and take a rational account of the amazing speed and nastiness with which Jewell got slapped by the public eye. But Eastwood’s finger gets placed so firmly on blame that the generally thoughtful filmmaker gets caught up in the whirlwind when the time comes.

For certain, Jewell is worthy of a story, and is inevitably granted an embattled, sympathetic recount here. It’s just the middle that sucks. To the film’s stronger thirds: Eastwood does take sincere interest in Jewell, and is often seen carefully painting him in shades of gray. Jewell’s somewhat off demeanor seems to come from a place of integrity, portraying Jewell as a do-gooder with faults and an interesting backstory, and that’s the sell here. Like Sully before it, Jewell focuses on a man facing insurmountable pressure, lacking the necessary tools to cope and deal, and that is this project’s sharpest feature. It’s a strong study in survival, a look at doing the best you can even when it seems like you might be the worst person in the world. 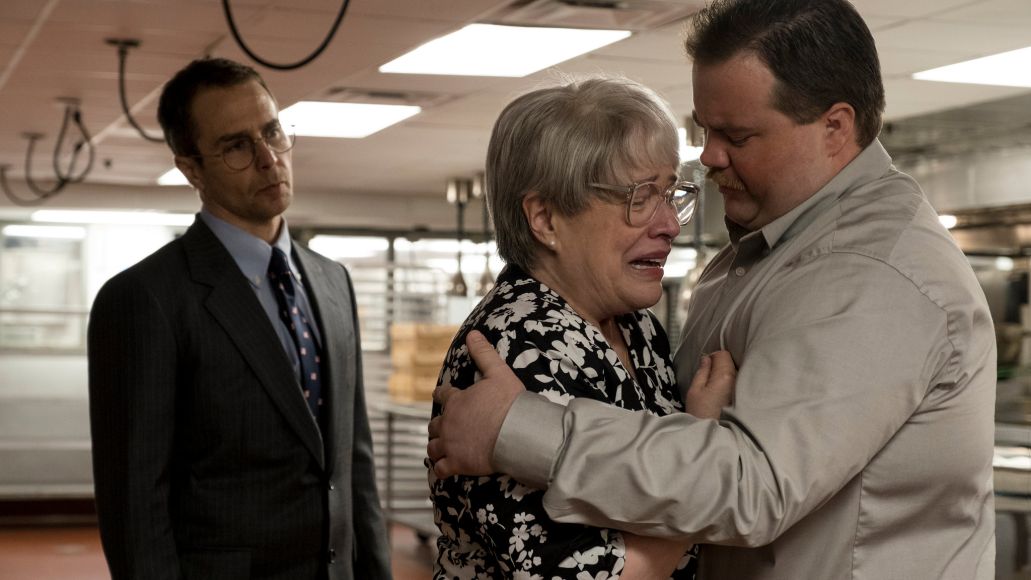 Paul Walter In the Hauser: Hauser, a fresh face with credits ranging from BlackKklansman to It’s Always Sunny in Philadelphia, is deeply credible as Jewell. Great even. His performance is situated between Dudley Do-Right and a lone gunman living in the basement. A thirtysomething man still living with his mom introduces plenty of red flags, as does being a belligerent security guard at a college. Hauser doesn’t shy await from being an uncomfortable presence; he’s unable to stay quiet, often recoiling anxiously around others. But really, this stuff all works to paint the richest portrait possible. For all of the film’s moralizing and thriller elements, Hauser is a linchpin. He makes you feel a million things a minute, and it’s to Richard Jewell’s benefit that Hauser plays him reasonably, and with an eye toward engagement.

Adult Thriller: One more compliment? At 90, Eastwood still shoots a clean film. His editing remains unfussy. And he can still stage an action set-piece against the best of them. The bombing of the Atlanta Olympics should still be considered sacred ground for dramatization; time is hard to gauge with these things. But the build-up and suspense that Eastwood stages in depicting the events of Jewell’s fateful night? It works incredibly well. It’s tasteful, taut, and old-fashioned movie-making for people over the age of 13. (A huge gimme on this film’s part, to be frank.)

The Verdict: As a political or journalistic statement, Richard Jewell does have the unfortunate tendency to come across like a rant. But that does not greatly detract from the film’s rich biography of Jewell: Here’s a man that was perhaps doomed to be part of an inquisition. But patience for the truth will set you free.