Five Finger Death Punch have announced a new album, titled F8, and have unleashed its first single, “Inside Out”. In addition, the band has unveiled dates for a headlining spring US arena tour.

F8 arrives February 28th, continuing FFDP’s pattern of churning out albums in a relatively quick manner. The band’s last effort, And Just for None, was released in May 2018. As the title suggests, the new LP will mark Five Finger Death Punch’s eighth album overall.

“We had an extremely successful, yet tumultuous couple of years as a band,” said guitarist Zoltan Bathory of the new album. “We didn’t just weather the storm but came out on the other side better than ever. It was a focused sober group recording, our most important album to date and without a question it shows. This album represents rebirth, progression, transcendence both personally and musically.”

Singer Ivan Moody added, “This record to me is ‘absolution’ — everything I’ve done in my life has led up to this moment.”

As mentioned, the album news is accompanied by the release of the first single, “Inside Out”. A lyric video for the track can be seen below, while F8 is available for preorder.

Five Finger Death Punch will support F8 with a newly announced spring tour featuring support from Papa Roach, I Prevail, and Ice Nine Kills. The outing kicks off April 8th in Sunrise, Florida, and runs through a May 20th show in St. Paul, Minnesota.

Prior to the spring outing, FFDP will finish up their current 2019 North American tour on December 15th in Des Moines, Iowa, and then embark on a European tour with Megadeth in January. See their full itinerary below, and pick up tickets here. 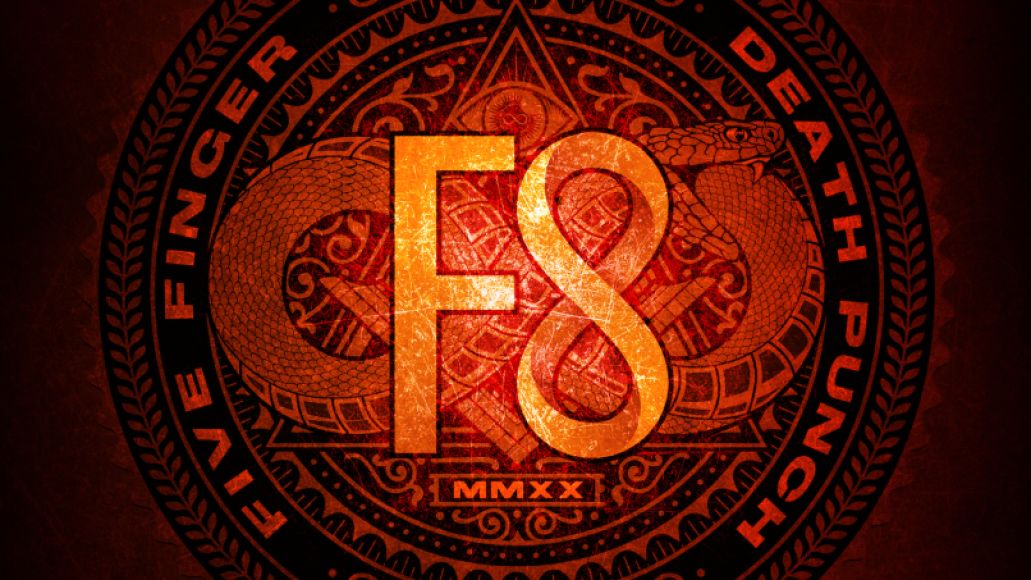