Just when it looked like Guns N’ Roses were done touring for a while, the Rock & Roll Hall of Fame has signed on to headline the Bud Light Super Bowl Music Fest. The three-day event in Miami will also feature Maroon 5, DJ Khaled and Friends, DaBaby, and more.

With the Super Bowl set for February 2nd at Hard Rock Stadium in Miami Gardens, Florida, the Bud Light Super Bowl Music Fest will take place January 30th through February 1st at the nearby American Airlines Arena in downtown Miami.

Guns N’ Roses will headline on Friday night, while Maroon 5 will top the bill on Saturday evening. The Thursday lineup will be a hip-hop event dubbed the EA Sports Bowl, headlined by DJ Khaled and DaBaby.

It had appeared that Guns N’ Roses had wrapped up their current touring with two shows in Las Vegas in November. The band, featuring Axl Rose reunited with Slash and Duff McKagan, had spent three and half years on the road with their “Not in This Lifetime Tour”. The trek ended up being the third-highest-grossing tour of all time with $584.2 million in ticket sales.

Tickets for the Bud Light Super Bowl Music Fest will go on sale Monday, December 9th, at 10:00 a.m. via SuperBowlMusicFest.com. 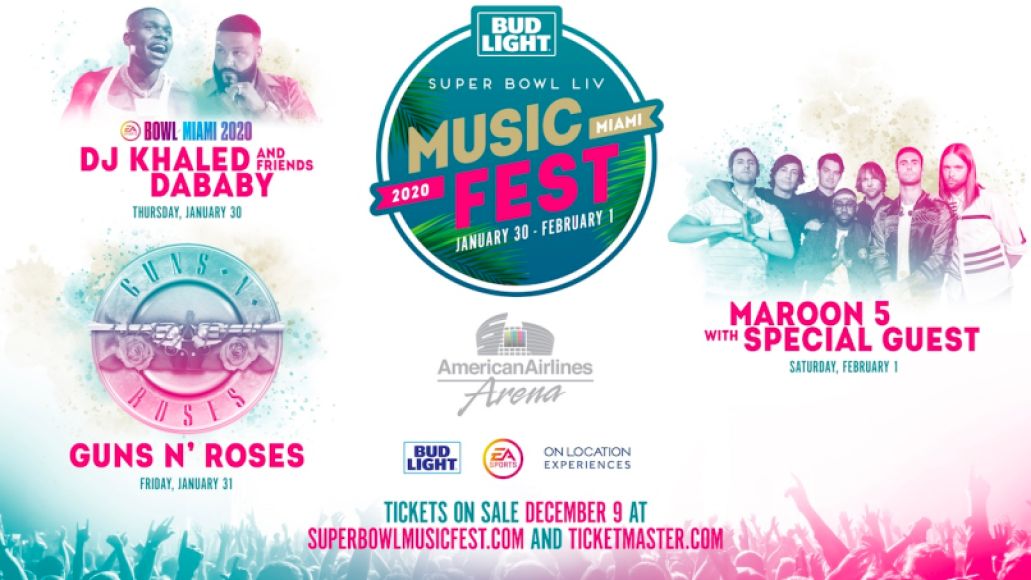