Hannibal Buress has announced his own festival — and it takes place in just one week! Dubbed Isola Fest, the three-day comedy and music event is scheduled for December 13th-15th at Playaz Palace in the rural town of Isola, Mississippi.

Buress himself will take the stage for a different show each night. Friday will see his Handsome Rambler podcast tape live, Saturday will find him behind the ones-and-twos as DJ Burgerfeet, and he’ll deliver a stand-up set on Sunday.

Musical highlights include Flying Lotus, T-Pain, Open Mike Eagle, Eryn Allen Kane, Serengeti, Aja Monet, DJ Tony Trimm, and more. On the comedy side of things, there will be sets from Chris Cotton, Joyelle Johnson, Brian Babylon, and Meechie Hall. Each night will also see an appearance by “Isola Man”, whatever that may be.

According to the festival website, Isola literally stands for Isolation. The small southern locale used to be overrun by giant catfish until humans were able to take over, turning it into a quiet town 90 minutes outside Jackson. So why throw a last-minute festival in such an out-of-the-way location? Buress explained it best in his press statement:

“I’m having a festival December 13-15th in rural Mississippi. That’s kind of short notice but I’m good with it. Isola is short for Isolation. I know this sounds like some Fyre Festival part 2 type situation but we have things pretty much in order. Our sandwiches are just as equally trash as theirs though. Some things you just can’t control. This is the town my mother’s side of the family is from. My cousin owns a venue called Playaz Palace so I’m getting a deal on these nights. The lineup is gonna be great… It’s going to be a great time.”

Tickets are on sale now via the Isola Fest website. Single-day passes go for $30, while three-day GA is $75 and VIP is $100. Buress is also set to join Martin Lawrence at select stops on his “Lit AF Tour” next year. You can get tickets to all his upcoming shows here. 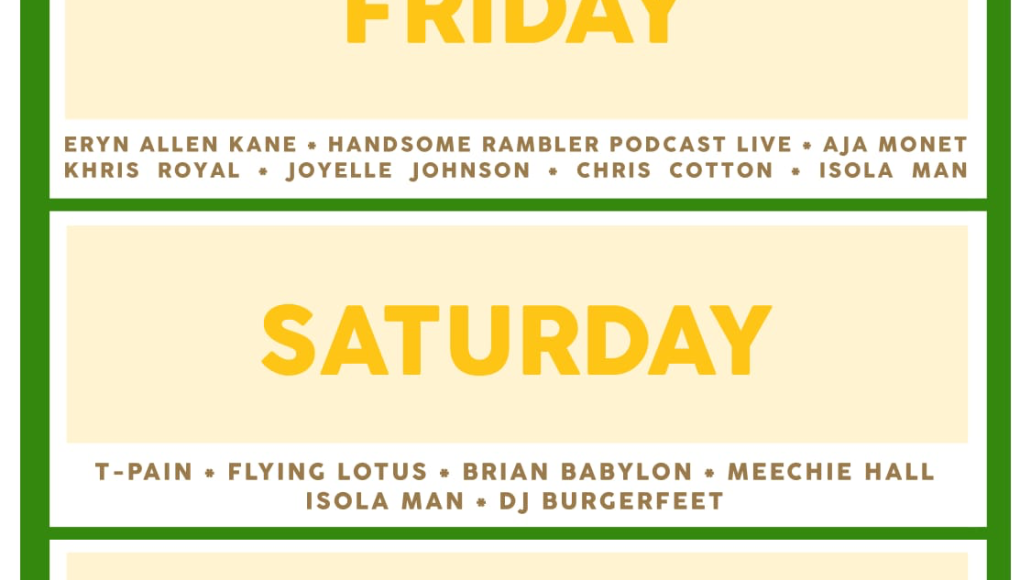