An intrepid young promoter booked a hardcore show at a Denny’s restaurant in Santa Ana, California, this past weekend, and it turned into an absolute madhouse.

As Lambgoat points out, the band Wacko played a 20-minute set at the restaurant, and what ensued was a complete frenzy. Video footage shows absolute chaos on the floor as the band stood on tables to perform. At one point, two giant hanging lights can be seen violently swaying only inches above the heads of the kids in the mosh pit.

Apparently, there was some significant damage done to the lighting, resulting in the restaurant asking for $1,000 in damages. But it looks like the 17-year-old promoter was able to come up with the money via a successful GoFundMe campaign.

Wacko weren’t the only band that played that day at Denny’s. As part of the GoFundMe campaign, a photo shows the young promoter who booked the gig holding up a “Denny’s Hardcore” t-shirt that also listed the band’s NNN, Ever Dead Babies, Synnikill, and Benoit.

Check out the video footage of the wild scene below, and get a new appreciation for Denny’s Super Slam breakfast special!

WHAT THE FUCK IS UP DENNYS pic.twitter.com/ycouJnBDnm 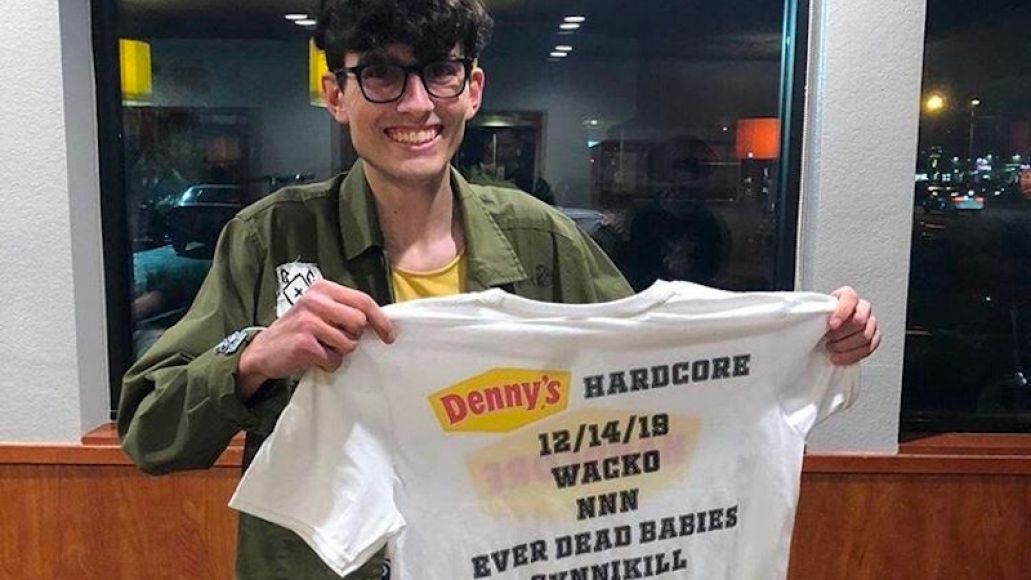