Harry Styles has released his newest album Fine Line. Stream it below via Apple Music or Spotify.

Fine Line marks the former One Direction member’s second solo effort, serving as the follow-up to his 2017 eponymous debut. The singer tracked the record across six weeks at Rick Rubin’s Shangri-La Studios. He’s been unveiling singles since October, starting with “Lights Up”, followed by a live version of “Watermelon Sugar” on SNL, and finally last week’s “Adore You”.

In a recent interview with Zane Lowe for Beats 1, Styles talked about trying to take a more relaxed approach with the new record, explaining,

“I think that that’s been a big part of this whole thing [creating a second album] for me is I’m just trying to go through life being a little less worried about stuff. If you don’t hit the top of the chart, your life doesn’t change. Realizing that if that was what I was aiming at, and then it didn’t happen, then I’d feel so much worse. Redefining it for me has been amazing to be like, ‘Oh but that’s not the game I’m playing.’ There’s a freedom with that.”

Physical copies (which include some fairly revealing photos of Styles), are available through the singer’s online shop. The pop prince will be heading out in support of the record for a 2020 “Love On Tour” with Jenny Lewis and King Princess, get tickets here. 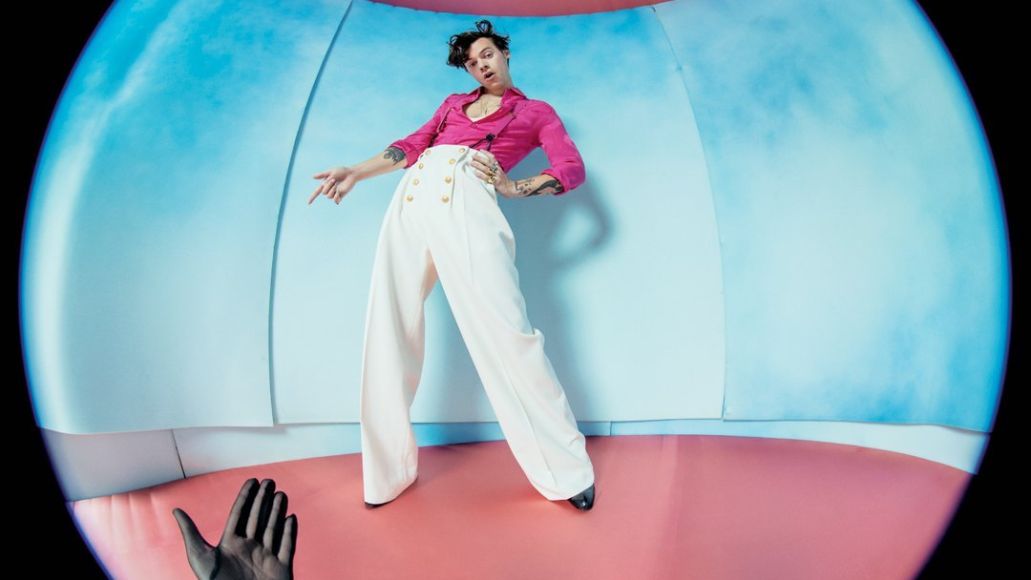