Setting the Stage: Emo is alive and well in 2019. If you don’t believe it, you should have seen My Chemical Romance reunite on Friday night for their first show in seven years. The legendary emo rock band ended the decade with a literal “bang”, a “one-night only” gig at Los Angeles’ Shrine Auditorium, where the scene smelled just like high school — except this time around, no one was under 21.

(Buy: Tickets to My Chemical Romance)

When famed leading man Gerard Way — now 42 years young — asked the crowd who was seeing MCR for the first time, the majority proudly raised their hands. Hard to believe these same fans — who were scream-singing the lyrics to every single song for nearly two hours — had never been fortunate enough to see them in their heyday. Perhaps that’s why the show sold out as fast as it did.

And perhaps that’s why there was a backup line of more than 100 people outside will call, hoping someone didn’t show up to pick up their ticket, so they’d have the chance to check off their bucket list. Suffice to say, some of these kids were either too young to see MCR in the mid-2000s, or the more likely scenario, the bands’ library of hits has never lost its popularity with elder fans.

(Read: `10 Emo Albums Every Music Fan Should Own)

Taking The Stage: Many tears have been shed in the lead-up to the show of the year, either by fans who managed to grab tickets to the sold-out concert, or by those who were left in the dust (or around the corner). Needless to say, those tears didn’t stop for those who managed to squeeze into the Shrine, particularly when the band hit the stage at 9:45 pm with one of their best-known tracks, “I’m Not Ok, (I Promise)”. The screams were deafening. 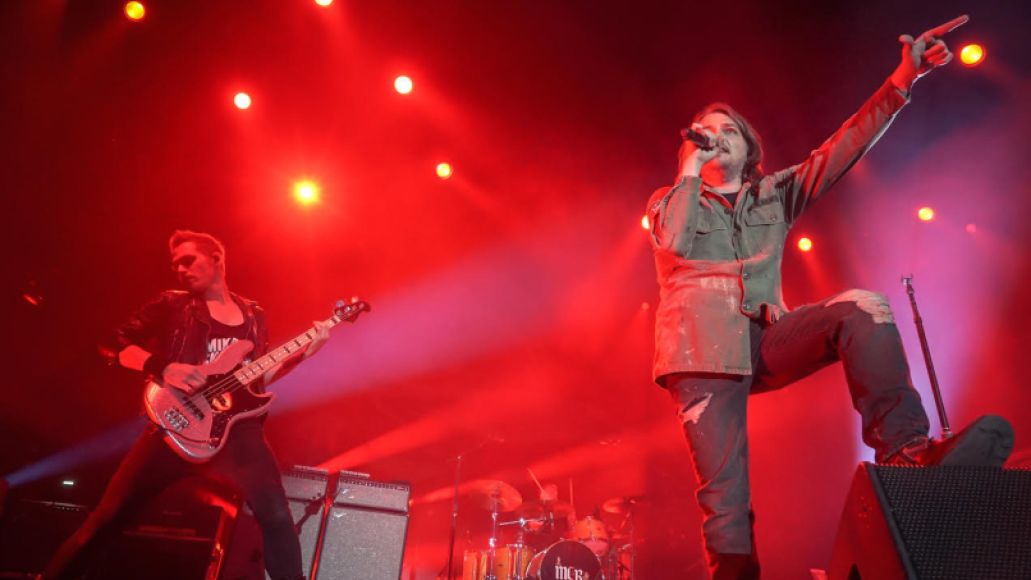 Clearly appreciative, Way thanked everyone several times, at one point saying, “[We were] not sure this was ever going to happen, so thanks for showing up.” What then followed was a 20-song compilation of the band’s catalogue, which included a live debut of “Make Room!!!” and not one, but two encores. It was admittedly bare bones, too, eschewing any fancy set pieces or projections for raw energy. At one point, though, Youth Code’s Sara Taylor joined the band on vocals for “You Know What They Do To Guys Like Us In Prison”.

After exiting the stage, fans chanted “M-C-R” with enough conviction and enough repetition to lure the band back out for their first encore, which included both “Vampire Money” and mega-hit “Helena”. Way relished the final moments, teasing, “This was a magical night, we’re having so much fun,” before bouncing back to the stage for a final encore, soundtracked by those infamous singular piano notes within “Welcome to the Black Parade”. 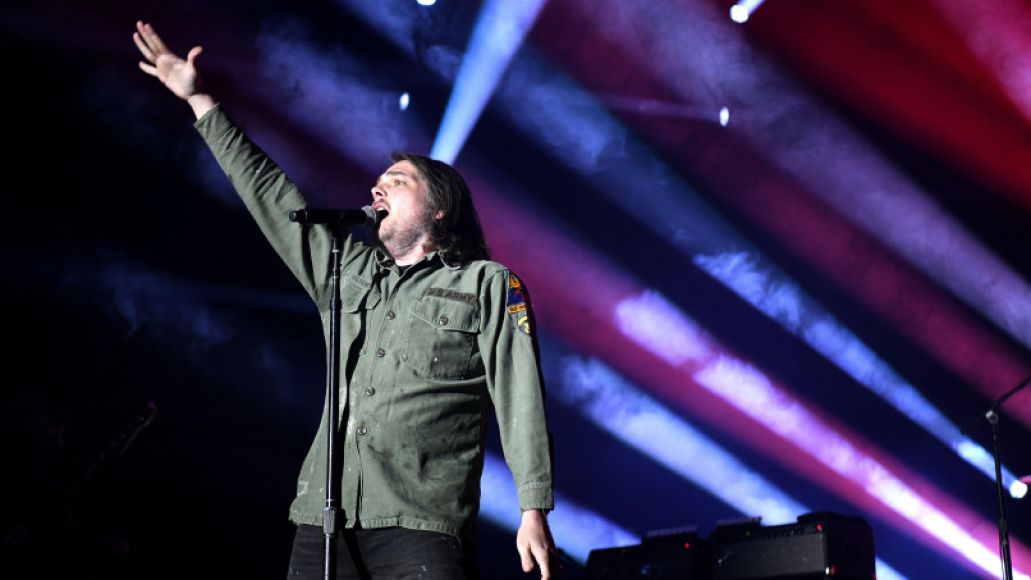 Leaving the Black Parade: As the band tweeted the day before the show, “In 2017, we got in a room together to see what would happen. A couple more jam sessions and 39 days of rehearsals later, we’re ready to show you what we’ve learned. See you soon.” Considering the reception at the Shrine, their renewed skills were more than well received, which now begs the question, “What next?”

Sadly, the band didn’t let on to any of the rumors following the Fender Tweet scandal, which caused fans to spin into an emo-laden frenzy at the hopes of a tour. Seeing how there are already further dates scheduled in 2020 — in Japan, Australia, and a one-off with Jimmy Eat World in New Zealand — one has to assume a proper jaunt is not too far off from being officially announced.

One can only hope.