After confirming their reunion a couple weeks ago, Mötley Crüe have announced dates for a 2020 US stadium tour with co-headliners Def Leppard.

“The Stadium Tour”, as its title suggests, consists of major shows in stadiums across the US, beginning July 7th in Miami. Noteworthy stops include Hard Rock Stadium in Miami; Citi Field in New York City; Fenway Park in Boston; Wrigley Field in Chicago; and SoFi Stadium in Los Angeles.

Update: Mötley Crüe and Def Leppard have added seven more stadium shows to the tour’s docket, including stops in San Antonio, Kansas City, St. Louis, Minneapolis, Nashville, Cincinnati, and Cleveland. There’s possibly even more shows to come as they’ve hinted that the tour could extend into 2020.

The tour will mark Mötley Crüe’s first shows since they ended their “Final Tour” on December 15th, 2015. At the beginning of that run, the Crüe had signed a “cessation of touring” agreement which prevented them from touring again. However, the band dramatically blew up the agreement when they recently announced their return, crediting the success of the Netflix biopic The Dirt for their decision to reunite.

Tickets to all of the upcoming dates are available for purchase here.

Update #2: The new rock band Tuk Smith & The Restless Hearts have been added to the bill as the opening act. In addition, a second show at Boston’s Fenway Park has been added, as well. Updated itinerary below. 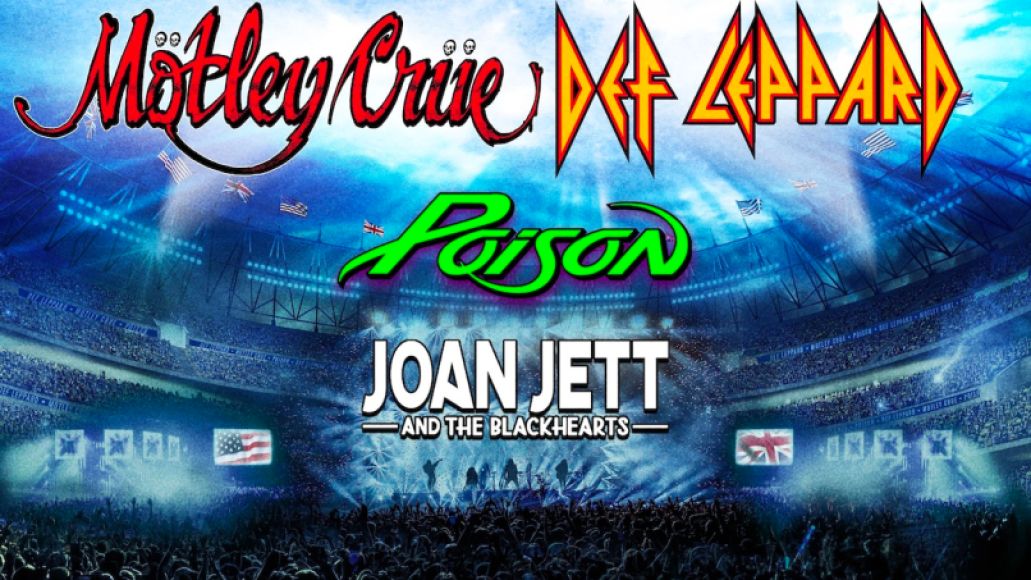