Country and R&B luminary Swamp Dogg has announced a new album. The record, called Sorry You Couldn’t Make It, is due out March 6th via Joyful Noise/Pioneer Works Press. He’s celebrating by sharing lead single “Sleeping Without You Is a Dragg”, featuring piano by Bon Iver’s Justin Vernon and backing vocals by Jenny Lewis and Poliça’s Channy Leaneagh. Stream it below.

Sorry You Couldn’t Make It is the follow-up to Swamp Dogg’s 2018 electronic R&B album, Love, Loss, and Auto-Tune, and is his 23rd (!) studio album under this moniker. In addition to Vernon, Lewis, and Leaneagh, the album includes collaborations with John Prine and Sam Amidon. Produced by Ryan Olson of Poliça and recorded at Nashville’s Sound Emporium, this new record sees Swamp Dogg, whose real name is Jerry Williams, embrace his country influences instead of hiding them.

Over the decades, Swamp Dogg has been labeled as a psych-soul musician instead of a country artist — something that’s rightfully frustrated him. “If you notice I use a lot of horns. But actually, if you listen to my records before I start stacking shit on it, I’m country. I sound country,” he said in a press release. “They didn’t have any blacks in country until Charlie Pride came along. But in time, all things change and that’s what has happened to country music.”

What better way to clarify his belonging in the country cannon than with “Sleeping Without You Is a Dragg”, a song that embraces the loneliness and spaciousness that the genre leans on? Joined by Vernon on piano, Dogg sings his way through the quintessential country ballad, drawing out his raspiest croon over hazy electric guitar, a wailing vintage organ, and those brassy horns. There behind him is the comforting sound of backing vocalists Lewis and Leaneagh. Needless to say, it’s a winning combo. Give the song a listen below.

Sorry You Couldn’t Make It is already available for pre-order. Check out the album’s tracklist and cover artwork below.

Sorry You Couldn’t Make It Artwork: 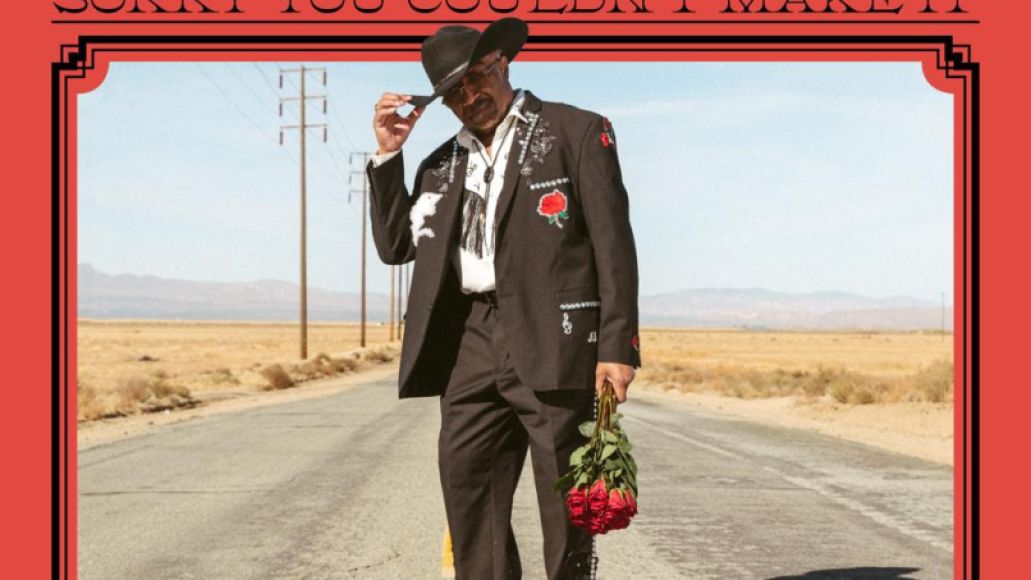