The Pitch: It’s 1960, and things are going pretty swimmingly for housewife-turned-comedienne Midge Maisel (Rachel Brosnahan). She’s landed a plum gig as the opener for Sam Cooke-styled crooner Shy Baldwin (Leroy McClain) for an international tour, which also means dealing with the whirlwind complexities of fame. She’s got the support of fast-talking manager Susie Myerson (Alex Borstein), who’s finding herself torn between her responsibility to Midge and the demands of her new client, Midge’s prima donna nemesis Sophie Lennon (Jane Lynch). While things are going well, there’s still a lot to juggle, between finalizing her divorce to understanding ex Joel (Michael Zegen) — himself leaping into a new venture as the owner of a club in Chinatown — and navigating the ups and downs of life on the road, from finding a ‘weird ask’ for her contract, to navigating the racial dynamics of traveling with a mostly-black entourage through 1960s America.

Missed Stakes: Even more so than previous seasons, our third tour with Amy Sherman-Palladino’s cast of quirky, fast-talking New Yorkers feels particularly bubbly, cloying, and lacking in dramatic stakes. While the first season did its level best to explore the inherent difficulties in social mobility women had in the 1950s, the second season showed an unwillingness to let anything truly disastrous or interesting happen to Midge and her family. This season, however, that sense of cotton-candy lightness continues apace: when setbacks occur, they’re often small, and resolved as quickly as they appear. The few times Midge bombs on stage, she steps right back up to the mic and kills later. Much discourse has been had about how unrealistic and idealized Midge’s comedy career is — we never really see her process, and her prepared material never feels demonstrably different than the times she’s expected to riff on whatever crowd she’s got. To her credit, Brosnahan remains charming, and the show is rarely better than when she and Borstein get to lob machine-gun dialogue back and forth. I just wish they had more than one or two notes to play.

Since Midge’s time on tour never really gets all that dark, much of the conflict has to come from the show’s other storylines, which inevitably grind the show to a halt. Sure, Tony Shalhoub and Marin Hinkle continue to delight as Midge’s parents, but their newfound slide into poverty (Abe quits his tenured professor job, Midge rejects her family’s trust out of pride) just means they have to move in with Joel’s parents (Kevin Pollak and Caroline Aaron), a move that’s more aggravating for them than genuinely harrowing. As for Joel, well, Sherman-Palladino hasn’t quite figured out that the show doesn’t need him anymore, instead giving him a vestigial season-long subplot doing construction on a Chinatown club and trying to keep his friends’ marriage together. Granted, it facilitates the introduction of Mei (Stephanie Hsu), a quick-witted Chinatown gambler who proves a welcome addition to the cast, but she’s never as interesting all season as when she finally gets to meet Midge. Susie’s story flirts with darkness, as she finds herself torn between her friend and a whale of a client in Sophie (not to mention a gambling problem that’s kept frustratingly on the sidelines), but like always, Sherman-Palladino goes for the easy laugh rather than let anything truly bad happen to our heroes. 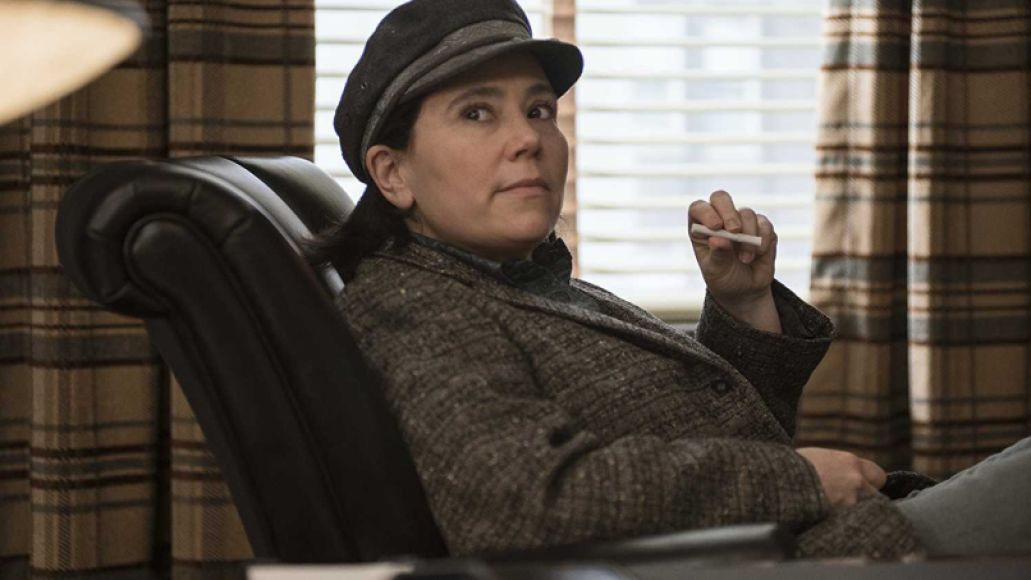 “We Are the Whitest People in the World”: This sentence, uttered by Susie near the end of episode two as they’re surrounded by Shy’s friends and family, at least makes a cursory nod towards fixing the show’s pervading problem with privilege. At its core, Mrs. Maisel is still a show about a wealthy white woman for whom good things just seem to naturally fall into place. Yes, there’s the occasional patter about women’s limitations in a patriarchal world, but given that those conversations always tend to happen in a palatial Queens home or a swanky apartment on the Upper West Side, the struggles of the show’s characters tend to ring a bit more hollow than intended. Season 3 at least glances at that problem, even if it doesn’t necessarily address Midge’s privilege in a completely satisfactory way. All through the season, Midge primarily interacts with black artists and musicians, but she remains blind to things like Shy and his crew having to stay at a separate hotel from her (and, in one instance, the violence and discrimination that can happen to queer people of color). 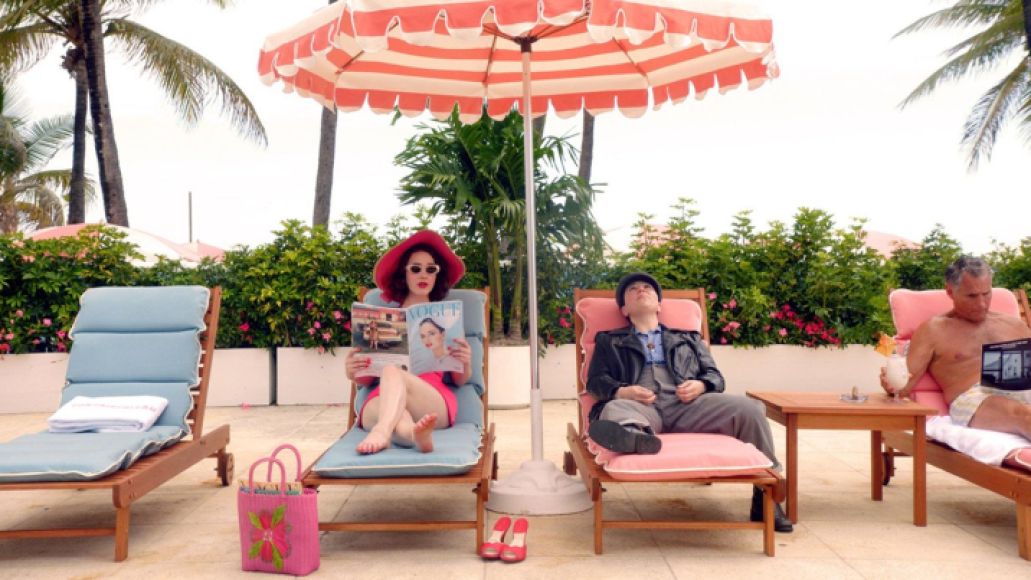 But Midge’s window into the lives of people outside her Upper West Side Jewish upbringing is still remarkably limited, and the focus on Midge and her family makes the rest of the POC cast feel frustratingly peripheral. McClain’s a beautiful presence as Shy, a consummate showman with the voice of an angel, but what few revelations we get of him exist mostly as a window to explore Midge’s own privilege. Even when Midge is correctly pinned as a rich white girl who’s out of her element, the show goes out of its way to absolve Midge of any real culpability or reflection. When you’ve got a white woman playing the Apollo, and her set ends in raucous applause, your protagonist might be a little too untouchable.

These blinders extend to the other characters too: much as Joel’s Chinatown subplot tries to tiptoe around stereotypes about the impenetrability of Chinese food and culture, and crowded gambling halls underneath abandoned nightclubs, it never quite feels at ease with the joke. And Abe’s flirtation with a group of young leftist squatters who make him feel young and politically vital ends in some creaky jokes about the frivolousness of young activists (they’re poly! Grammar is for cops!) that feel particularly tone-deaf in an age where young people caring about stuff might be our last hope for a safer, more environmentally-conscious world. 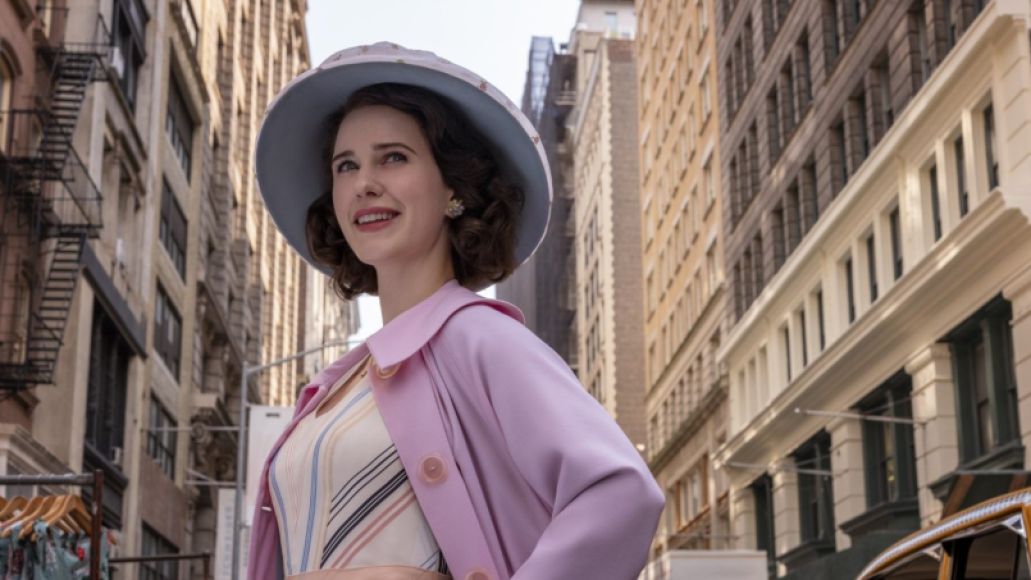 Look Out, Scorsese: In keeping with the show’s relentlessly sunny attitude, Maisel‘s aesthetic doubles down on the frippery and flash that makes the show a joy to look at, at the very least. The world-tour aspect of the season’s structure makes room for plenty of chances for Sherman-Palladino, Daniel Palladino and the other directors to relish in GoodFellas-esque long Steadicam takes, bobbing and weaving smoothly through dance halls, live TV shows, and the Maisel family’s dress factory. Speaking of which, Midge’s wardrobe is as colorful and varied as ever; if nothing else, the costumes and period-appropriate production design make for a delightfully Sirkian distraction. Just don’t expect any of it to mean anything, or for any moments of melancholy to leaven the relentless, conflict-free rise of a woman making it on her own (apart from the safety net of her family’s wealth, of course).

The Verdict: It feels like punching down to lament that a prestige streaming comedy isn’t serious enough about its characters, but it’s clear that Mrs. Maisel has strayed from the more even-handed joy of its first season into the kind of sugary showcase that just hurts your teeth after a while. That’s not helped by the gargantuan length of the season, eight hour-long episodes that drag with all of the non-Midge subplots we have a hard time getting invested in. If you’re going to make something this lightweight and uninterested in its own characters’ flaws, at least make it a half-hour sitcom. It’s only in the closing minutes of this season that Midge and Susie face a major setback, something that rips out their own safety net just as they started to get comfortable (and even then, the show effectively paints Midge as being set up for failure). Season 4 might just be the hour where Midge finally has to face some real struggles. For once, she really might not have it all. And that’ll be far more interesting to watch.

TV Review: The Marvelous Mrs. Maisel Takes the Mic for a Stake-Less Season 3