Aerosmith will celebrate their 50th anniversary with a big hometown show at Boston’s Fenway Park in September.

The Rock & Roll Hall of Fame band is coming off a memorable weekend in which they performed at the MusiCares Person of the Year event, where they were the guests of honor, and at the 2020 Grammy Awards. The September 18th show at Fenway Park promises to be a “once-in-a-lifetime one-night only performance.” Fellow Boston rockers Extreme will provide support.

The following night, September 19th, veteran boy band and fellow Boston natives New Kids on the Block will headline Fenway Park as part of a whole weekend celebration at the home of the Red Sox. Bell Biv DeVoe, also from Boston, will support that show.

Tickets for the Aerosmith show go on sale via Ticketmaster this Friday, January 31st, at 10 a.m. ET. Fans can also pick up tickets here. The New Kids on the Block concert goes on sale two hours later at noon ET. Presales for both shows begin Tuesday (January 28th).

It’s been a tumultuous week for Aerosmith. While they performed at the two high-profile events mentioned above, they were also sued by longtime member Joey Kramer.

The drummer, who had been sitting out shows the past several months due to injuries, sued for reinstatement into the band. His bid was denied by a judge, and Aerosmith played the two ceremonies without him. However, Kramer did accompany Aerosmith to the MusiCares event, posing on the red carpet and accepting the Person of the Year honor with the rest of the group.

It’s unclear whether Kramer will rejoin Aerosmith for the 50th anniversary show at Fenway Park. The band also has more Las Vegas residency shows, beginning with a two-week stint kicking off this Friday, January 31st, and also including a couple weeks in late May and early June. 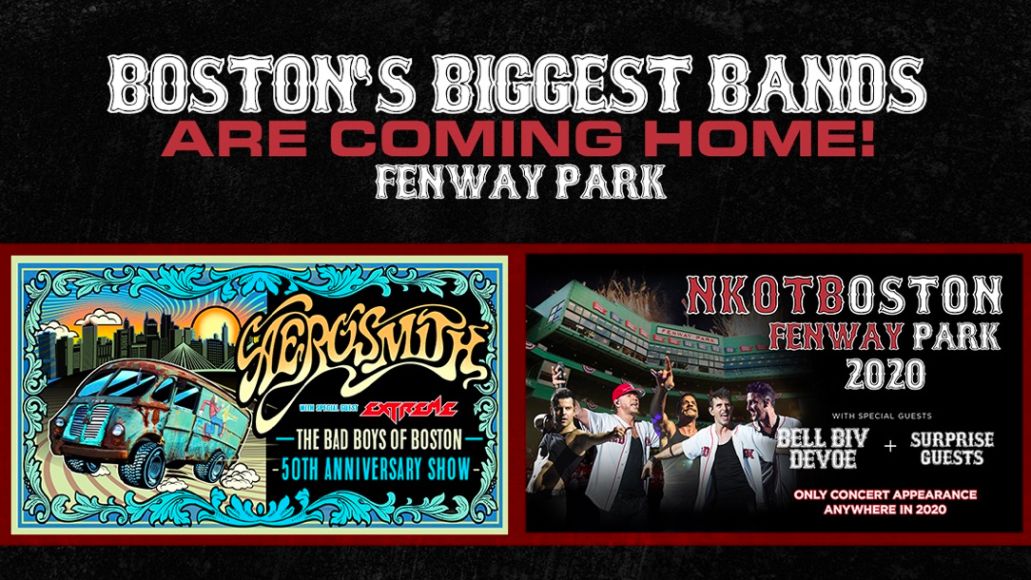