While it’s being called an “East Coast Tour”, the docket consists of dates throughout the eastern half of North America as well as shows in the Midwest, Southeast, and Texas. The 19-date outing kicks off April 23rd in Boston and runs through a May 15th gig in Syracuse, New York.

Agnostic Front singer Roger Miret stated, “Really excited to kick off this tour with our NYHC peers Sick of It All!!! It’s been a long time coming and now is the time to bring some classic NYHC to the East Coast!!! See you in the pit”

Sick of It All drummer Armand Majidi added, “It’s always great to play with other classic New York bands, and Agnostic Front almost wrote the American hardcore handbook, so this will be extra special. When two of the kings of New York come to your town, it’s gonna be clobberin’ time with the godfathers of hardcore.”

Agnostic Front are touring in support of their latest album,Get Loud!, which arrived in November. The band is also releasing a special edition “Eliminator Bundle” that contains a 7-inch vinyl of re-recorded versions of “The Eliminator” and “Toxic Shock”, as well as an action figure. The limited-edition set arrives March 13th.

Sick of It All released their most recent album, Wake the Sleeping Dragon!, in November 2018, with the title track premiering right here at Heavy Consequence.

Tickets for the co-headlining tour go on sale this Friday, January 31st, via this link, and will also be available here. See the full itinerary below. 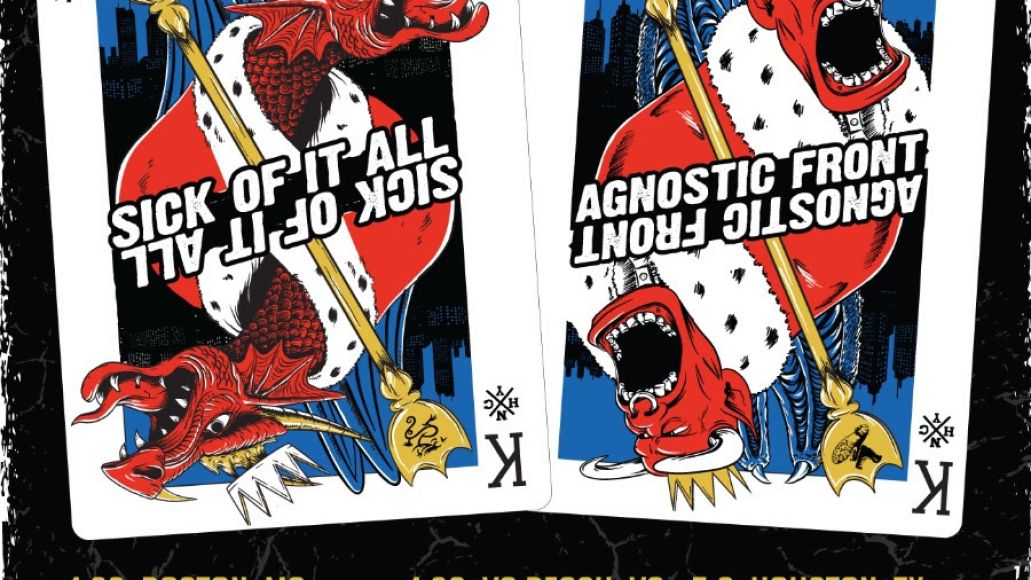