Origins is a recurring new music feature in which bands give fans a deep look inside the inspiration that led to their newest single. Today, Black Lips reveal the fascinating nostalgic and personal story behind “Rumbler”.

More so than perhaps any musical style, country lends itself to the art of storytelling. From outlaw moonshine runners to criminals in love, classic rockabilly tales tend to follow men on the wrong side of the law winding down hard-trodden paths. But while Black Lips shifted towards a cosmic country sound for their new album, Sing in a World That’s Falling Apart, they were inspired by a different sort of protagonist: G.I. Joe.

In particular, bassist Jared Swilley was struck by the discovery of an obscure G.I. Joe character named Rumbler. While falling into an Internet hole one day, he came across the story of this little-remembered figure and found it very familiar. Not only were some of the details eerily similar to family anecdotes he’d often heard, but the toy’s “real name” was Earl-Bob Swilley –almost exactly the same as Jared’s great uncle, Bobby Earl Swilley.

“It links up pretty close to my uncle,” Swilley tells Consequence of Sound. “They have hundreds of G.I. Joes; I’m sure whoever was designing them were military, some probably had military experience. One of the guys was probably in Uncle Bobby’s platoon.”

Unable to ignore similarities too uncanny to be coincidence, he wrote “Rumbler”, a harmonica-filled yarn about a renegade federal agent who finds a home within a specialized army unit. At first listen, it’s a fun romp that feels like an homage to the golden age of country music and made-for-toys-TV; learning of its familial inspirations, however, reveals it to be a much more touching chronicle.

In fact, there’s even more to it than just old Uncle Bobby. Take a listen to “Rumbler” via its accompanying music video ahead, and then read about the song’s Origins to find out which of Swilley’s other relatives influenced the track. You can also revisit past Sing in a World That’s Falling Apart singles “Odelia” and “Gentleman” ahead of the record’s January 24th release. 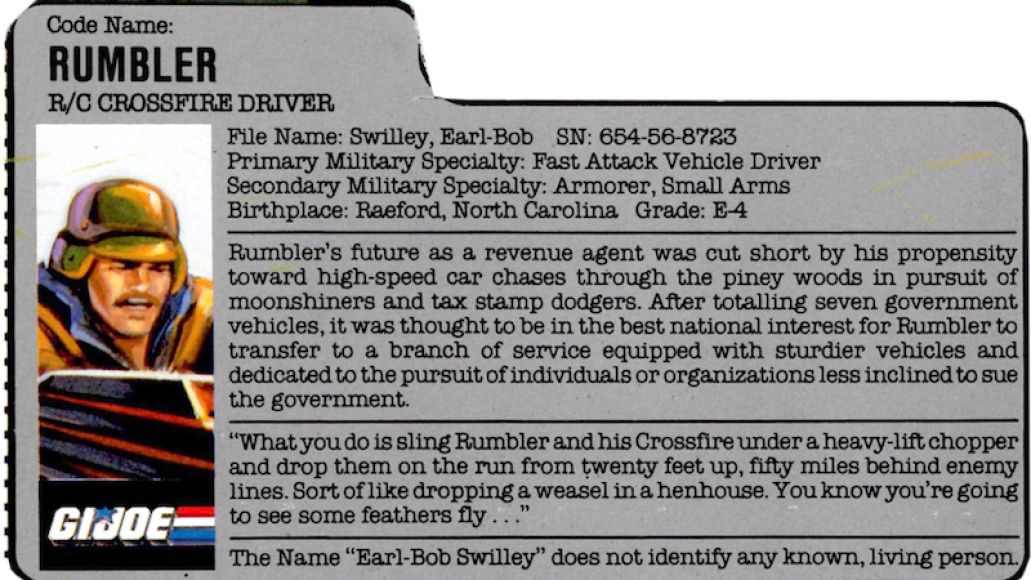 I have reason to believe the G.I. Joe character Rumbler is based on my great uncle. I was looking online at just old G.I. Joes, just a nostalgia trip or something. I noticed there was one named Bobby Earl Swilley — and that’s my great uncle’s name. The backstory was nearly the same and Earl was a family name. I asked my dad about it and he said it probably was one of his war buddies that used him as the template for that character. Even if it’s not, my last name is not especially common, so I have every reason to believe. So I kind of wrote a fictionalized account of my great uncle’s exploits as an ATS agent in the ’60s.

My girlfriend actually got me the doll, and it’s in the video. And it kinda looks like me a little bit too.

Usually they’re about breaking the law, but this one’s about catching hippies smoking pot. I like telling stories in songs, and it’s a different take. No one ever talks about the lawman being the hero; he’s always the bad guy. And that’s how I generally feel. But I thought it would be a funny take to take the authority’s side rather than the outlaw’s side, because you’re supposed to be anti-authoritarian. But that’s been done a million times. I’m no huge fan of the police or anything, I just thought it would be funny. It’s a lawman that got kicked out of a law agency. 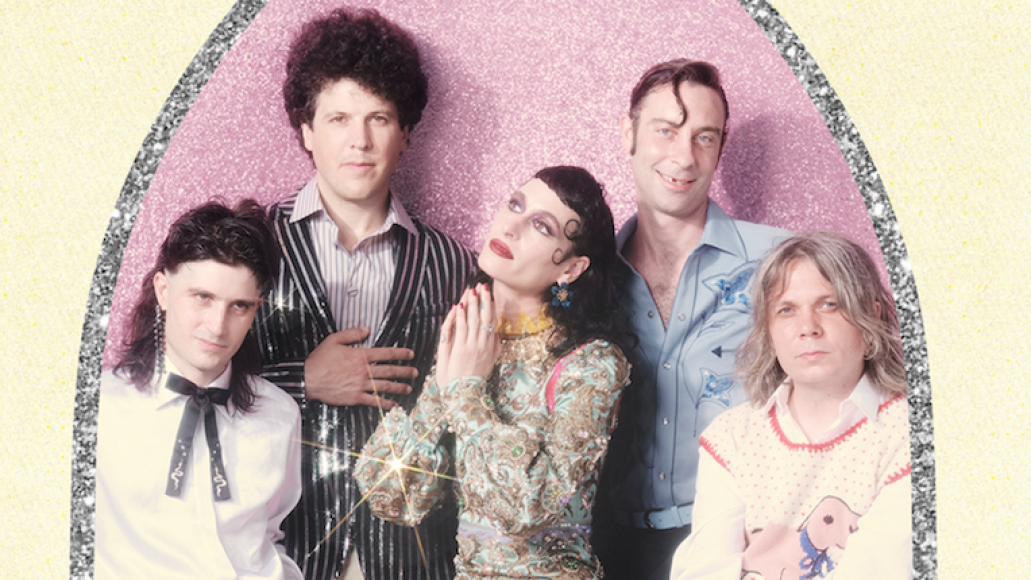 We had been talking about doing a country-ish album for a while, before we’d even talked about having Jeff in the band. Then we were trying to think who to get, and we’ve known Jeff for years, and he was the perfect fit for what we wanted. We were already friends, and he was bandless at the time, so it just really worked out perfectly.

“Elmer and the Bear”:

I kind of styled the cadence of the lyrics on this poem my grandfather, Rumbler’s brother, would tell me and my sister every morning. It was called “The Ballad of Elmer Jones” or something. I lifted some things from that poem, or the way that my grandfather’s inflected when he said it. The first line [of the song], “Bobby Earl arose at dawn;” the poem he used to recite to us went, “Elmer Jones arose at dawn/ Put his hunting britches on.” It was about this guy Elmer Jones hunting for bear. So that was sort of an homage to his grandfather.

My grandpa can’t really recite the poem anymore so it was kind of my little nod to him, because that was my favorite part of going to visit him when I was a kid, having him recite “Elmer Jones” for us.

I wanted to write a song based off the poem, the way he sang it. It wasn’t a song, but he was a preacher, and he had a really booming Johnny Cash-like voice. When he said the poem, it almost sounded like a song, the rhythm of it. I already had an idea to do something like that and honor him, and then the G.I. Joe thing came up and I was like, ‘Oh, that’s perfect. The song almost writes itself.’ It was a fun one to write and I really enjoyed it.