Bonnaroo has revealed its 2020 lineup. The annual music, arts, and comedy festival returns to Manchester, Tennessee from June 11th-14th.

(Read: Festival of the Year Bonnaroo Evolved and Triumphed in 2019)

Plus, Sylvan Esso will present a Superjam, Turkauz will team with Talking Heads’ Jerry Harrison and Adrian Belew for a 40th anniversary performance of Remain in Light, and Grand Ole Opry will kick off the festival on Thursday night with a set promising special guests. Even more exciting? Nelly will be on hand to perform Country Grammar.

More acts, including a comedy lineup, will be unveiled in the coming weeks.

Tickets go on sale Thursday, January 9th at Noon EST via Bonnaroo website. They tend to sell out quickly, so you might also want to try your luck on the secondary market. 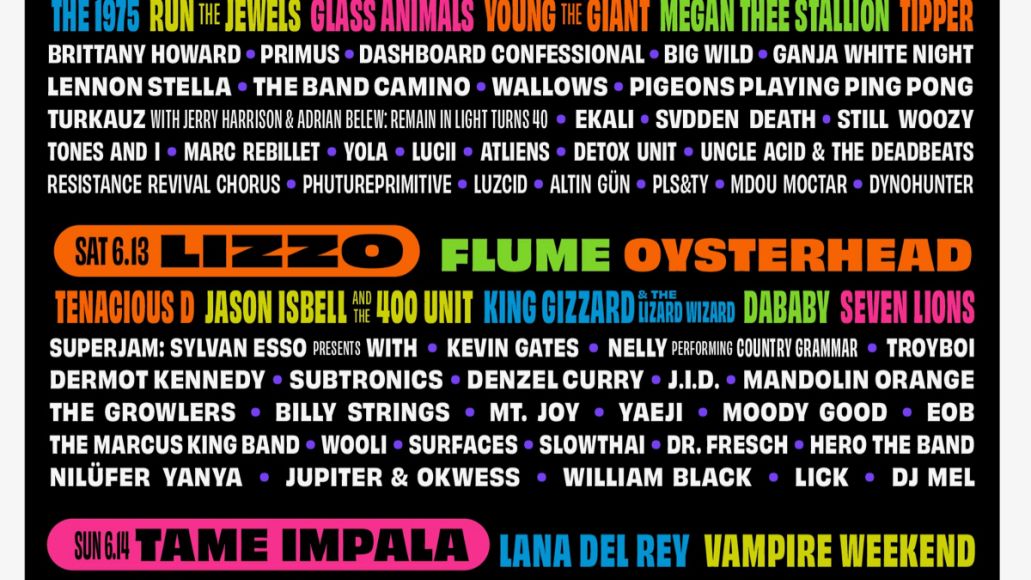