Coachella has revealed its 2020 lineup. Now in its 21st year, the Indio, California music and arts festival returns to the Empire Polo Club over two weekends, April 10th-12th and 17th-19th.

One act notably absent, however? My Chemical Romance, who sources said were previously attached to play the fest. It remains to be seen whether they’ll be added to the lineup at a future date.

Tickets go on sale Monday, January 6th at Noon PST via Coachella’s website. They tend to sell out quickly, so you might also want to try your luck on the secondary market. 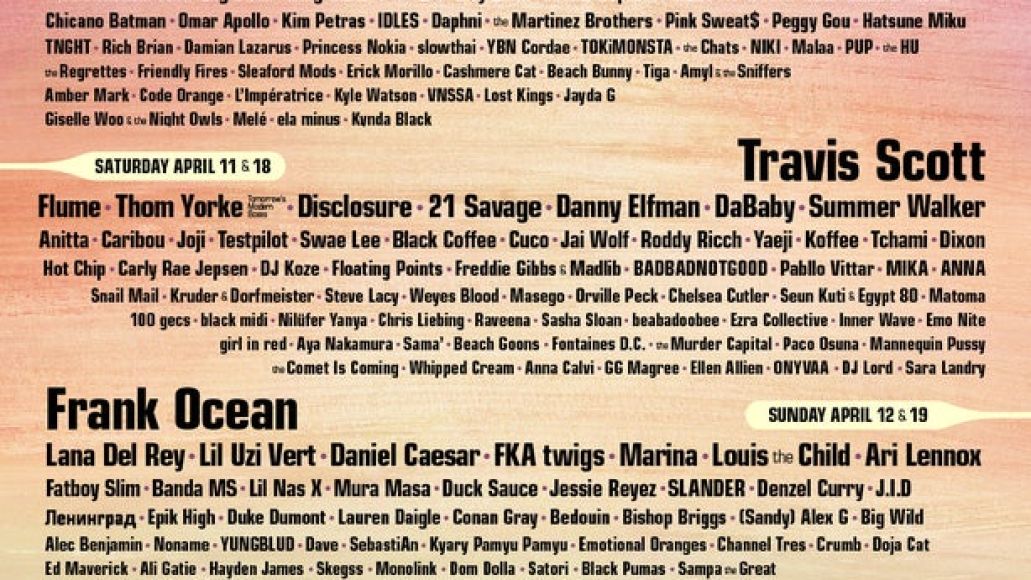