“Be on your bullshit. That’s the most important thing of the year.” If you need a mantra for the new decade, look no further than Alicia Keys. The 15-time GRAMMY Award winning music icon has a monumental year ahead. She’s releasing her upcoming seventh studio album, ALICIA, her first album in four years; her book More Myself is due in a few months; and she’ll be hosting the GRAMMY Awards for the second consecutive year. To tackle all of that, she gets to be back on her bullshit—but not before addressing her own self-doubt to become her fullest self.

“I definitely have been on a personal mission to connect with the different sides of myself,” she says. “There are so many pieces that make us who we are, and the rage and the anger are just as important as the resolution and the solution. The crazy is just as important as the rational. All of these parts are inside of us, and we deserve to be able to understand them and get to know them better.”

That embrace of both the complexity of the mind and the integrity of the heart permeates her new single, “Underdog”—the third track released from ALICIA, after “Time Machine” and the Miguel duet “Show Me Love”. Co-written with Ed Sheeran and co-produced with Johnny McDaid, the empowering anthem and accompanying video encourages us to rise up and Keys sings for everyone— the underdogs, the hustlers, the single mothers, and the young teachers. But in order to do that, Keys learned that she needs to be singing for herself as well.

The tracks on ALICIA are about the spaces between the darkness, digging for rooted grooves in a meditative mind connected to the world politically, emotionally, and spiritually. As an exclusive sneak peek, Keys spoke to Consequence of Sound to discuss both the album and themes of empowerment, self-expression, and acceptance. She also stressed the importance of communing with every side of your self, the power of connection, the value of meditation, absolving guilt in the creative process, and the true meaning of being on your bullshit.

Read a number of highlights from our conversation with Keys below, and hear the full interview above in a special episode of This Must Be the Gig presented by our good friends at StubHub.

On the Synchronicity of ALICIA and More Myself 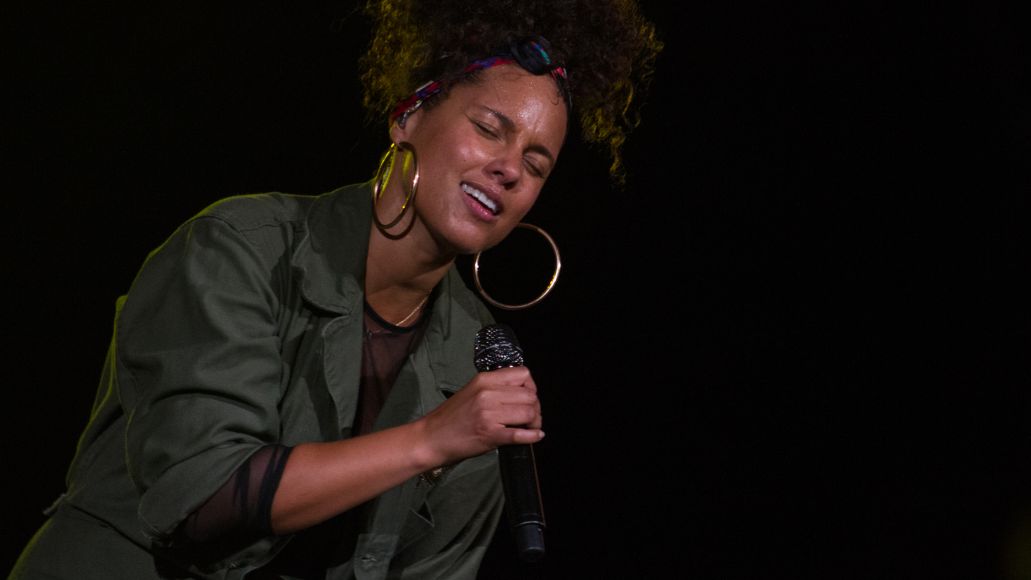 It’s incredible how things come together the way that they’re meant to come together. Part of me is kind of sitting back and watching that like, “Wow, okay, what’s happening here? How can I make all of this work?” And then another part of me is just in the excitement of it all, of giving birth. There’s a solid amount of work ahead in a great, inspiring way. I really want to execute the visions as I see them. So I’m feeling excellent. I’m feeling invigorated. It’s a new year. My energy is super high. I’m just feeling, like I like to say, on my bullshit.

As much hard work and grind and grit as you have to put into executing something or creating something, there’s as much space you have to leave for the magic. I definitely have learned much more about the magic and leaving space for it, and allowing that to come through too, because there’s so much that you can’t plan for. There’s so much that you have to just be ready for and have faith in. You need a certain sense of belief that it’s all going to be what you can’t even imagine yet. You have to carve out the time to put the work in, execute, imagine, dream, and create.

On the Necessary Tools for Creation and Flow

I meditate every day. It’s meant to be between the hours of 4:30 and 6:30 AM, as they say that’s the highest time for you to receive everything that you need. But because life is life, I’ve learned how to be more gentle with myself and be more understanding of the flow. I know that I need my meditation, but I also know that if I can’t do it that morning, and I do it later at 2:00 PM when I have a break, it doesn’t matter, as long as I’m tuning in and doing something for myself. That is what I believe leads me to have this space or to have the clarity or to sharpen my intuition. I really believe in intuition and that inner voice that we all have that’s leading us where we’re meant to go. But a lot of times it’s drowned out by all the noise and all the distractions, all the things that we have to do every day to just live, to make sure our families are safe and make sure that our bills are paid.

On the Spirit of “Underdog” 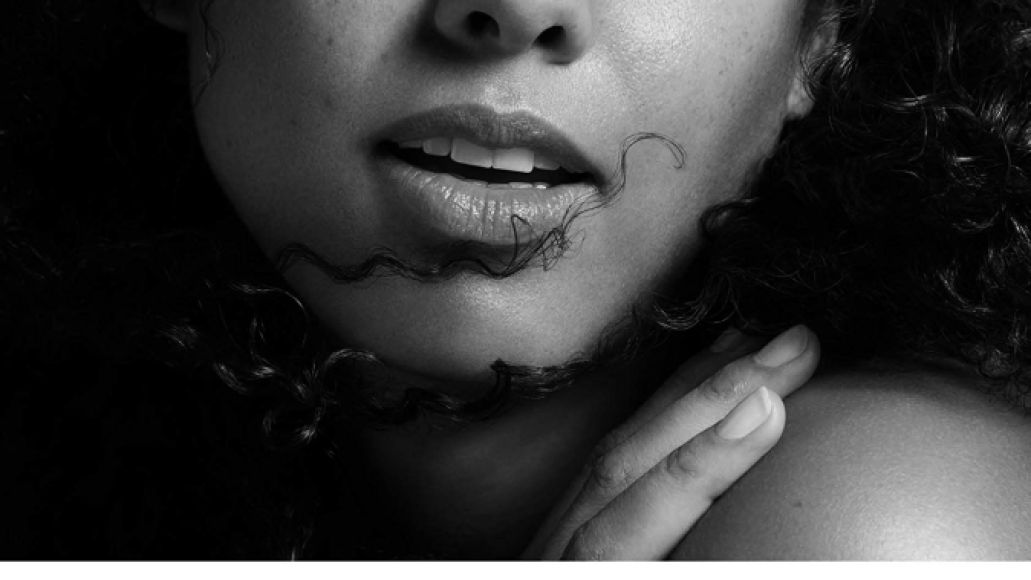 We’ve all been in that place where we have to overcome adversity. My life is different from yours, and your life is different from hers. Everybody has a different experience. But that ability to know that even when it feels like everything is at its worst, that there are these challenges that we can overcome—we can figure it out and we can have the tenacity to fight the way through it. That’s what “Underdog” is about. Like that word, I think a lot of the time that it might feel like [underdog is] a negative word, but to me it’s one of the most powerful things to find a strength in ourselves to defy the odds.

And I personally really need to hear that right now. We’re surrounded by all this other energy that makes you confused and makes you doubtful. You feel frustrated and it makes you just want to curl up in a corner. These feelings are all valid. But to remember that we are meant to defy the odds? I just really need that right now personally… Part of the greatest stories ever have been those that have proved everything and everybody wrong. And I think in a way we’re all looking to do that, and we’re hoping that the dreams that we have or the vision we have for ourselves can literally prove those who don’t believe it wrong.

On the Inherent Power of Interconnection 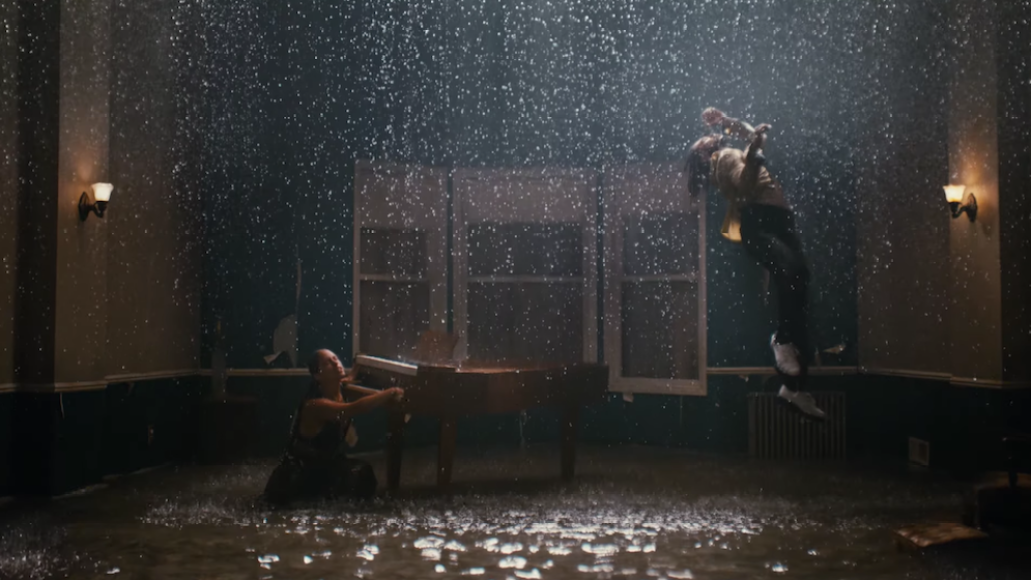 I just feel so connected to people. I’ve always felt like I understand people. I can walk into a room and I can feel the energy of people so clearly. Even if I don’t know exactly what’s going on, their exact details, I know the energy and I can relate to that energy. It doesn’t matter where I am. I can be in Korea, I can be in Europe, I can be in Brooklyn, I can be anywhere. That’s something that really is part of who I am and part of who I’ve always wanted to be. I always wanted to have and create conversations that are real and genuine.

I’ve always considered myself an artist of the people. I don’t want to be on some pedestal that is unobtainable. That’s not even a real thing. I believe we can connect with each other, and it does something for you. I definitely love not only performing, but I love connecting with people on a real level. I love sitting down with people and just having a really honest conversation because I find that there are so many similarities that we’re all experiencing. We’re all going through this, trying to figure it all out.

Ólafur Arnalds on the Ties Between Metal and Classical Music

Local Natives on Obsessing Over At the Drive-In

Netta on Winning Eurovision, Working With Will Ferrell, and Recording Her New Album

Alicia Keys on the Power of Underdogs and Becoming Yourself