Daniel Johnston performed his final concert in Chicago three years ago. While in town, the late lo-fi legend also recorded a session at Wilco’s Loft studio with Tweedy, the group led by Wilco frontman Jeff Tweedy and son Spencer. Now, audio from both of those events is being turned into a proper live album.

Simply titled Chicago 2017, the limited vinyl-only effort is due out January 31st through Wilco’s own dBpm Records. It spans a total of 13 songs, including a live recording of “Worried Shoes”, taken from Johnston’s concert at the Vic Theatre. Stream that below.

In a statement about the forthcoming album and Wilco’s contributions, Daniel’s longtime manager Tom Gimbel said,

“Jeff Tweedy and Wilco have been incredible ambassadors of Daniel’s music for years. So many fans have discovered Daniel’s work through covers and interviews by notable artists such as Jeff and Wilco – and we are certainly grateful. I think this album captures the perfect Daniel Johnston setlist and does so with Jeff and the band’s expert musicianship and thoughtful arrangements. I’m so glad that this show from Daniel’s last tour was recorded with such care. It’s something fans will be able to enjoy forever.”

“There is and was only one Daniel and to be able to work with him and help present his music was a huge honor for me and the band, one for which we are all very thankful,” remarked Jeff Tweedy.

Chicago 2017 will also be available for purchase at the Hi, How Are You Day benefit concert in Austin, held in honor of Johnston. Set for January 22nd, confirmed performers include Cage the Elephant, White Denim, and TV on the Radio frontman Tunde Adebimpe. Proceeds will go toward the Hi, How Are You Project, a non-profit organization whose mission is “to remove the stigma and shame around mental health, so people will feel open to communicate.

Wilco previously paid tribute to Johnston, who died last September, with a live cover of “True Love Will Find You in the End”. The band will be on tour this spring in continued support of their 2019 album, Ode to Joy, and you can snag your concert tickets here. 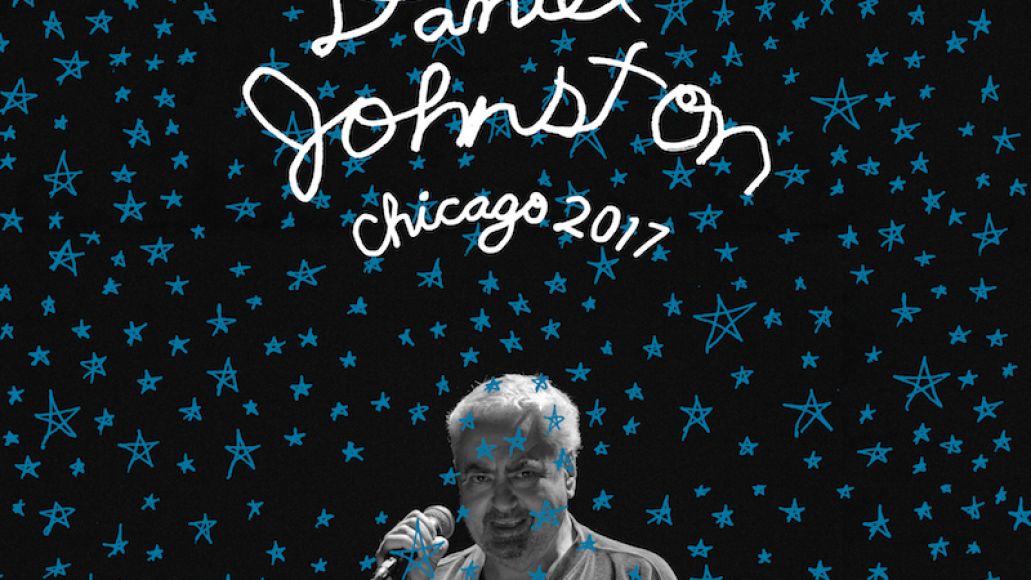