Doctor Sleep still feels like an anomaly. Director Mike Flanagan successfully wove together two wildly divergent story lines that not only adapted Stephen King’s challenging source material, but also paid homage to Stanley Kubrick’s iconic adaptation of The Shining. Back in December, news surfaced that we would receive an extended, three-hour Director’s Cut, prompting Constant Readers and fellow horror fans to wonder what material Flanagan would restore and how it would connect to King’s Dominion.

Now, we know, and while Flanagan’s Director’s Cut doesn’t significantly alter the plot of the original film, it does enhance the story and offer more depth to its rich ensemble of characters. In addition to new scenes, we get more dialogue that either alludes to or directly references King’s novel and several lines that add context for poignant moments in the story. Like most of his work, King’s novel is rooted in strong characters, and Flanagan’s new cut releases those characters from their lockboxes and allows them to shine.

Below, you can read on to see what’s new, what’s changed, and what’s improved. 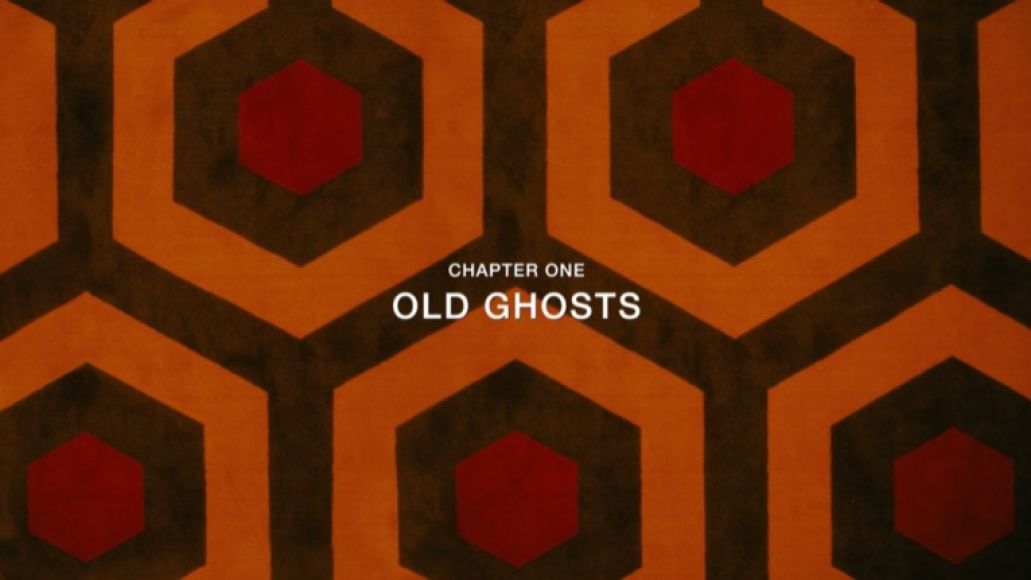 Chapter titles such as “Old Ghosts” and “What Was Forgotten” appear throughout the film, keeping us grounded in the original format of the story. This addition suggests that the imagery may tie back to Kubrick, but the narrative belongs to King. 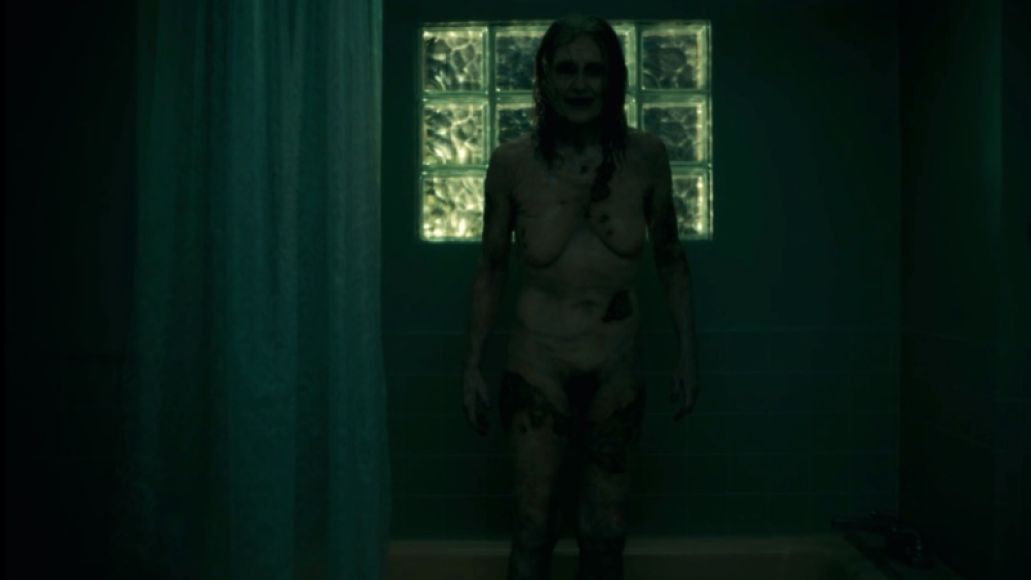 An early addition shows the ghost of Mrs. Massey fully revealing herself and stepping out of Danny’s Florida tub whereas the theatrical version showed only her hand beginning to pull back the curtain. This not only places the threat front and center, but echoes scenes described in King’s The Shining. Wendy (Alex Essoe) also sees the wet footprints on the bathmat presenting Mrs. Massey as more than a mere picture in a book. 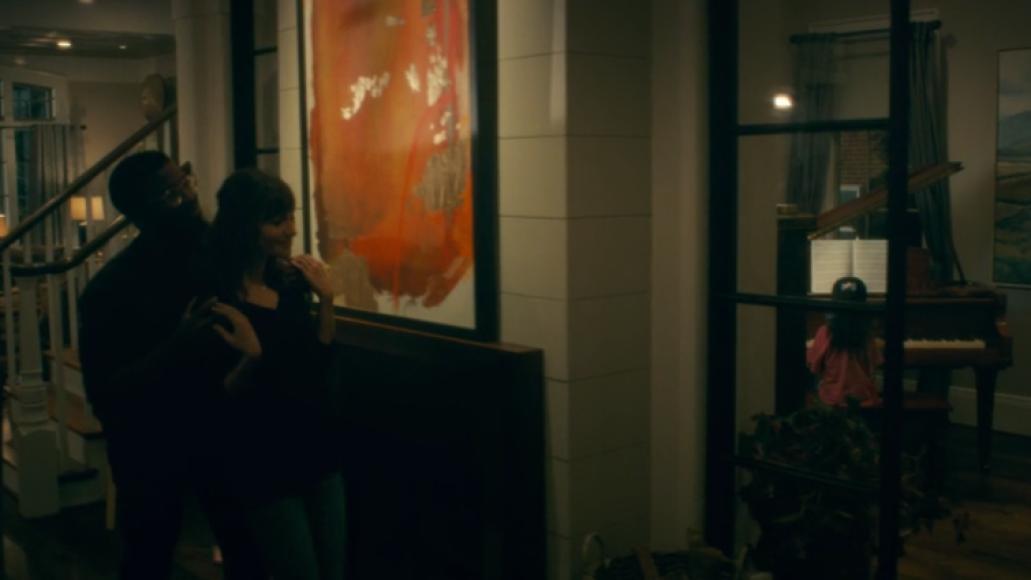 “We can forget about naptime.” –David Stone

The Stone family gets much more depth this time around, including an additional scene in which a young Abra (Dakota Hickman) mentally plays her favorite song on the piano. Rather than The Beatles’ “Not a Second Time”, Flanagan opts for “Teach Your Children” by Graham Nash, a subtle nod to the themes of parenting and mentorship that are the backbone of this story.

Flanagan also gives us more scenes with Abra’s father, David (Zackary Momoh). He’s rightfully furious after Abra tells him about her connection with Dan, attempting to protect his daughter through violence if necessary. He’s the antithesis of Dan’s own father, Jack, who was the threat rather than the protector. In fact, the Stones represent the only healthy parenting dynamic we see here and in The Shining, hinting at a more hopeful world where this is the norm rather than the exception. 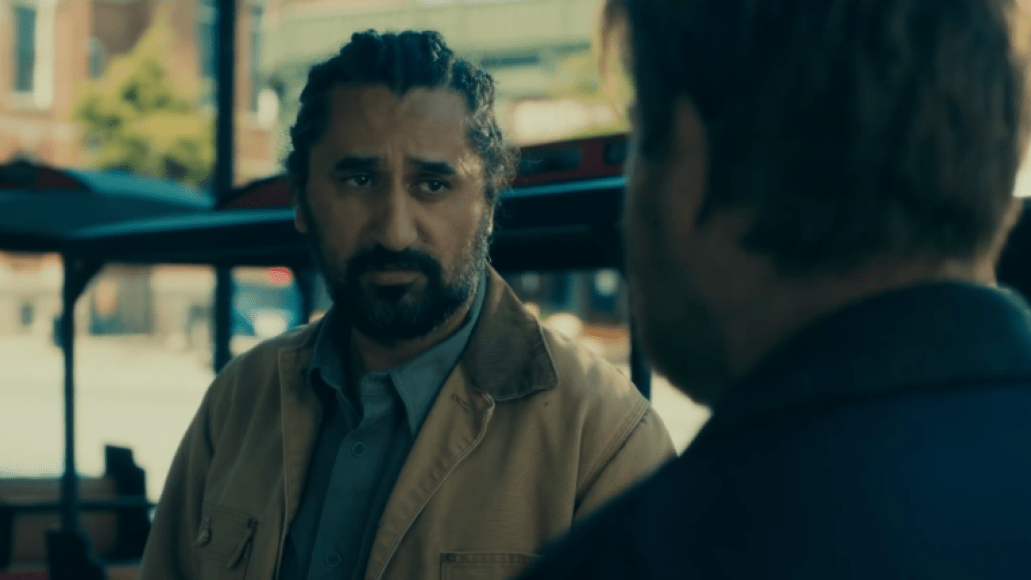 “Well he’ll find his way back. He’s got a good heart under it all.” –Dr. John Dalton

After Dan’s (Ewan McGregor) first meeting, Dr. John Dalton (Bruce Greenwood) mentions how many people Billy Freeman (Cliff Curtis) has helped, adding more emotional weight to his eventual death. We also learn that Billy’s brother, Frankie, likely struggles with addiction and is not currently in recovery. They believe Frankie will find his way back, giving us hope that Dan will recover as well. This extended conversation also shows us that Dan is finally in an emotionally safe place, free of judgement. 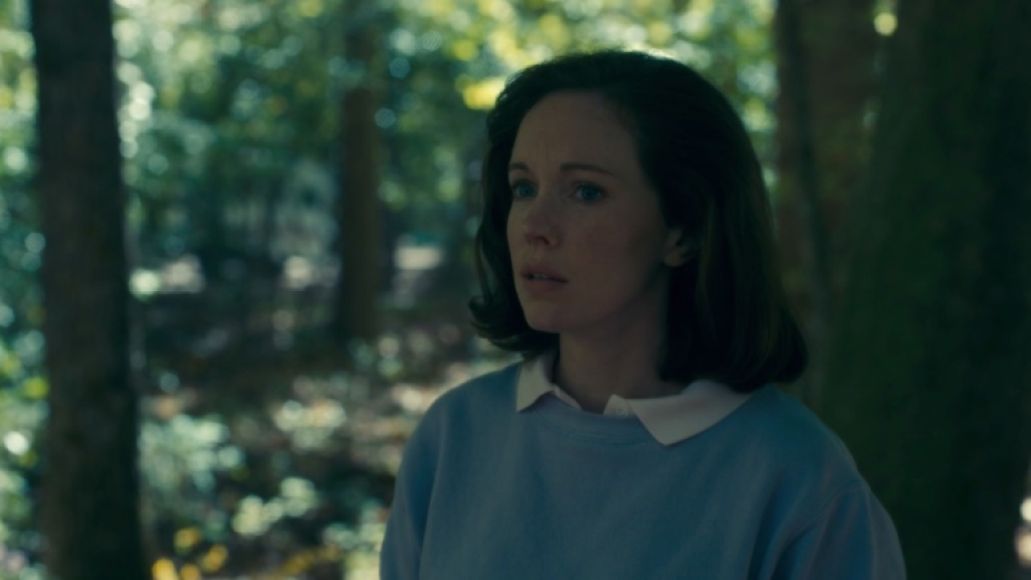 The Director’s Cut contains more scenes expanding on the brutality and deviousness of the True Knot. We see Violet’s mother (Bethany Anne Lind) searching for her daughter (Violet McGraw) after she is taken by Rose, immediately adding some severity and clarity to a horrific crime only implied in the theatrical version. Knowing what happens to our ill-fated Baseball Boy (Jacob Tremblay) also makes this scene especially brutal on second viewing. 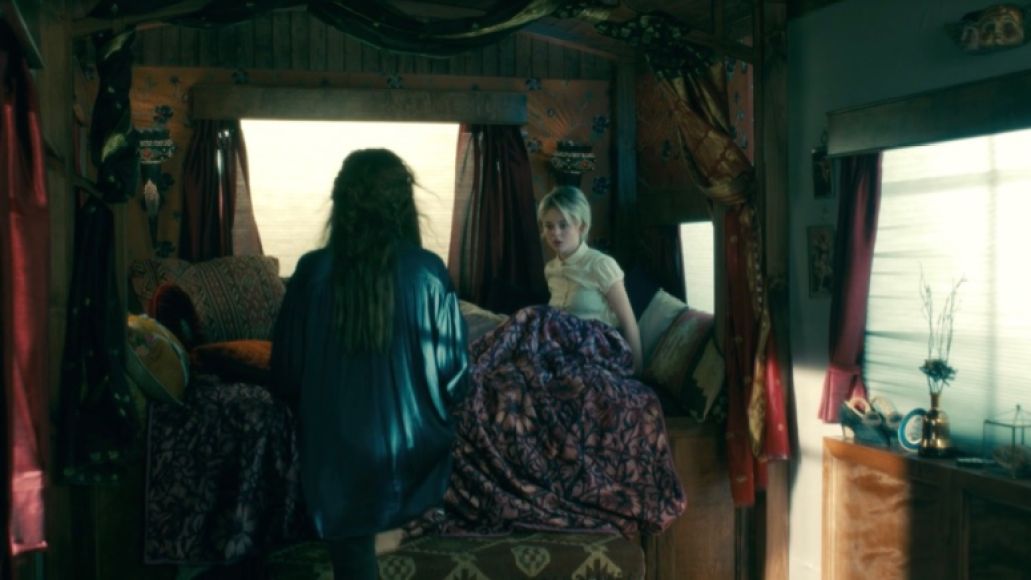 In the cabin of her Earth Cruiser, Rose the Hat (Rebecca Ferguson) provides Snakebite Andi (Emily Alyn Lind) and the audience with more information about the nomadic group, specifically that they are called the True Knot. Critics of the novel complained that members of the cult had names reading as goofy or problematic, rendering them less effective as villains. In that respect, the omission of this scene was likely an attempt to avoid directly naming the cult more than necessary while remaining faithful to the book. 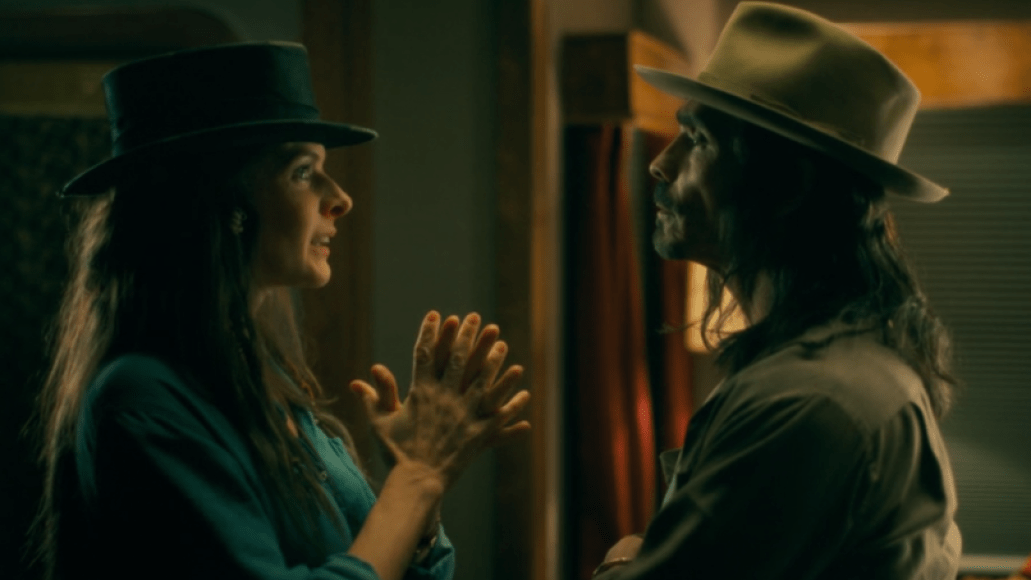 “She’s the great white whale. And I want her.” –Rose

Flanagan also gives us an extended scene in which Rose tells Crow Daddy (Zahn McClarnon) about her plan to keep Abra (Kyliegh Curran) prisoner as a sort of eternal food source, something only hinted at by Dick Hallorann (Carl Lumbly) in the theatrical cut. We also see the scene where Crow Daddy finds the pocket earthquake, alerting them to Abra’s location. This presents Rose as not only overconfident, but more dependent on other members of The Knot than she realizes. 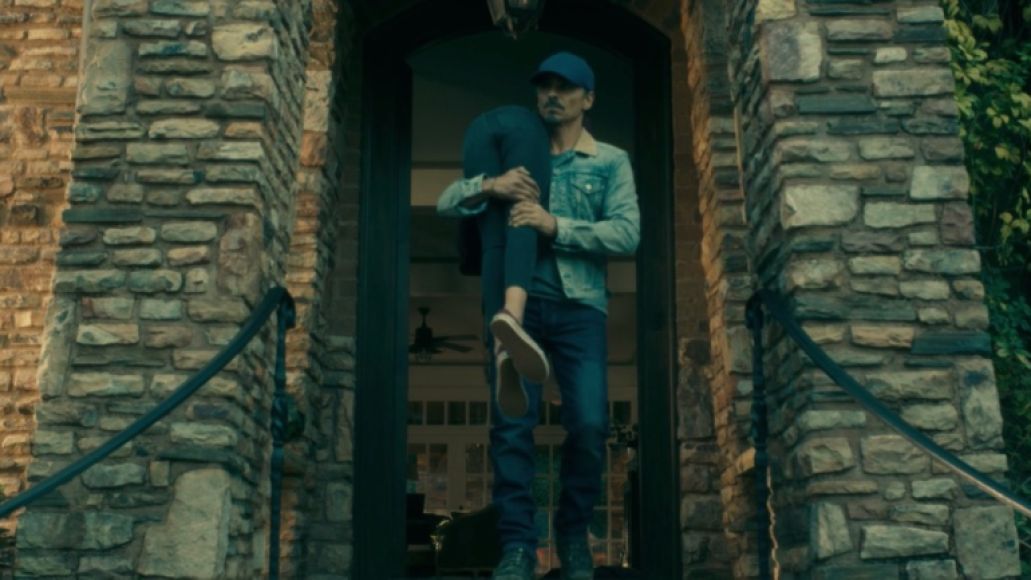 “It always tickles me watching you rubes threaten a god. You know your little girl, she’s maybe the best food we’ll ever have. I’m so glad I had a chance to compliment the chef.” –Crow Daddy

In one of the most brutal and revealing deleted scenes, we see Crow Daddy kidnap Abra in the presence of her father, David. Even though David is holding a knife, Crow Daddy nonchalantly walks toward him ready for action. We then rejoin the theatrical cut as Crow Daddy walks out of the house, carrying an unconscious Abra and leaving David on the floor with the very knife he was holding buried in his chest. This exchange perfectly shows the brutality, power, and overconfidence of the True Knot. And sets up the scene where Crow Daddy is undone by his own hubris.

Elsewhere, there are a few more shots of the Baseball Boy being tortured to death, placing us more fully into an intensely upsetting scene, but the facts of the scene do not change. Squeamish viewers may turn away without fear of missing anything important. (My husband certainly did.) 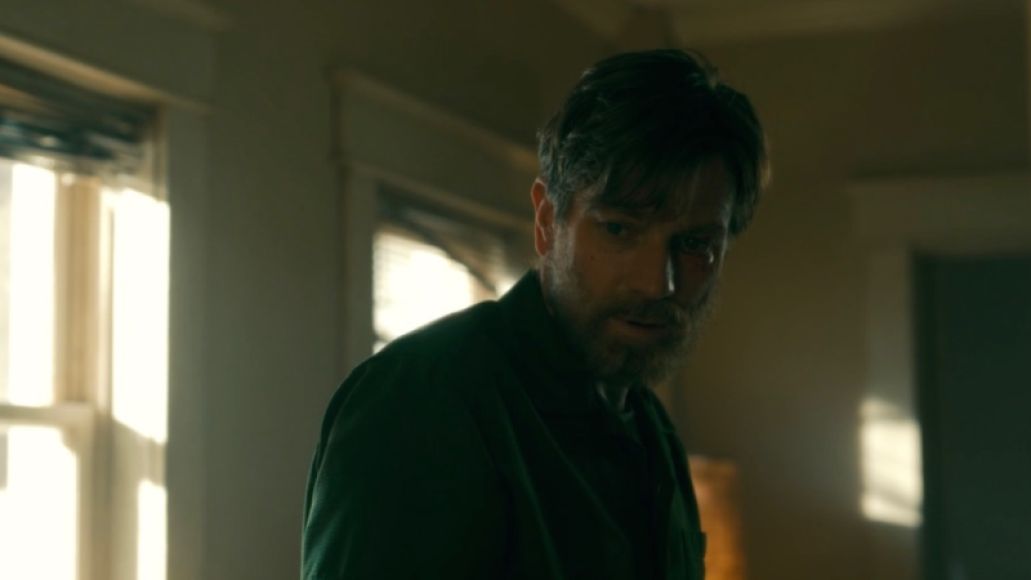 In an extended scene, we see Dan struggle more with his sobriety. His rock bottom moment, abandoning an unresponsive mother with her toddler, is made even more complex when Dan asks the young boy’s name. We get a better glimpse into Dan’s conscience as he wrestles with the guilt that will continue to haunt him later. 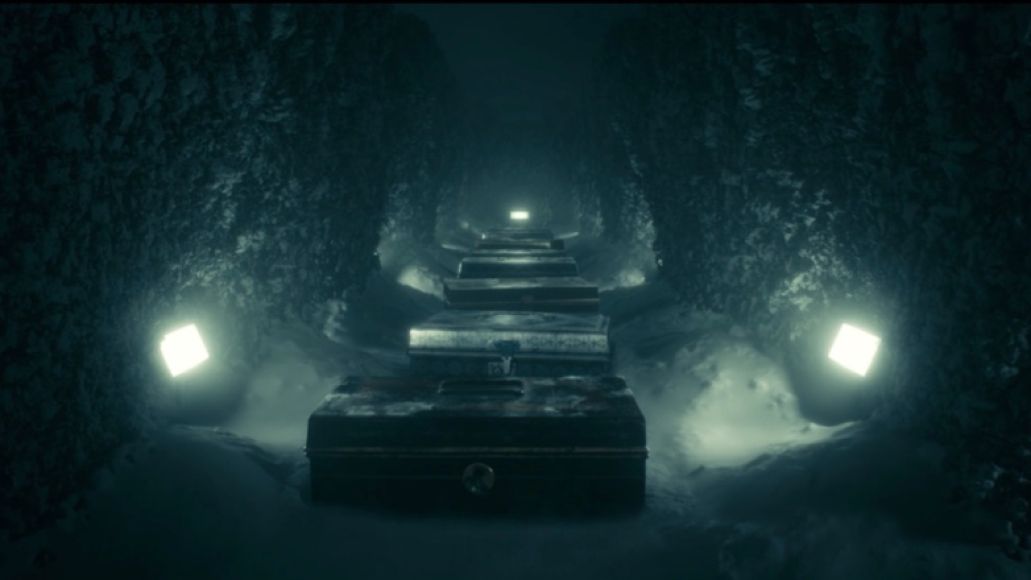 “You can put things from the Overlook away in boxes, but not memories. Never those. They’re the real ghosts. You take them with you.” –Dick Hallorann

Halloran catches Dan trying to repress this shameful memory the same way he contains the ghosts that haunt him. This is central to Dan’s arc, as well as the redemptive theme of the novel. Shameful memories are the ghosts with true power to destroy. Repressing them will only cause more damage. In order to truly be redeemed, Dan must face the truth. 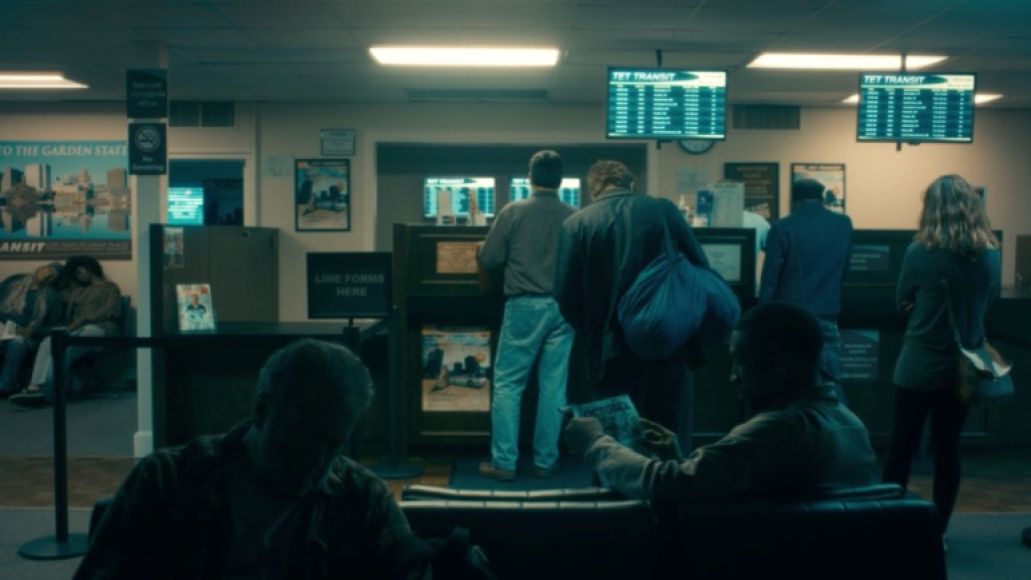 We also see Dan stumble into a bus terminal to buy a ticket with what little is left in his pocket after waking up underneath a highway overpass. Though brief, this scene reminds us how Dan truly has hit rock bottom. 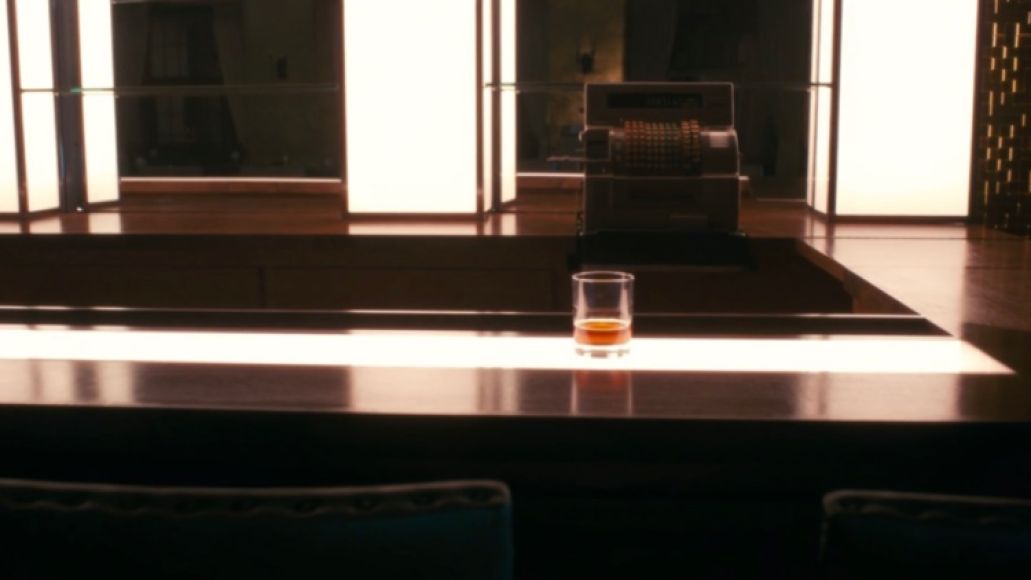 In my favorite added image, we see a drink on the iconic bar in the Gold Room: The Overlook, and all the memories it contains, is waiting for Dan. Here Flanagan reminds us that Dan still has a debt to pay and a choice to make. 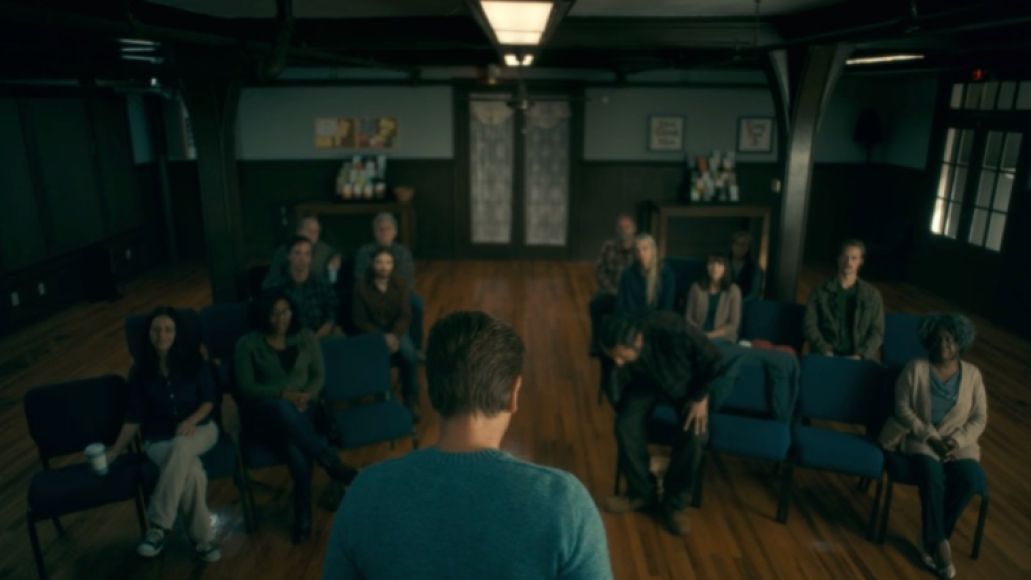 “He hurt me once when he was drunk. Broke my arm.” –Dan Torrance

Additional dialogue has Dan telling members of an AA meeting that Jack broke his arm when he was a kid. Listeners of The Horror Virgin podcast will recall this writer was extremely frustrated that Kubrick changed Danny’s injury to a dislocated shoulder in The Shining, essentially minimizing Jack’s actions committed while intoxicated. Flanagan gives us that acknowledgement here.

Click ahead to go deeper into the Director’s Cut…