The Pitch: Gretel (Sophia Lilis) and her younger brother Hansel (Sammy Leakey) are sent to live in a convent by their mother when she is unable to provide food for them. On their journey, they stumble upon a small cottage with a welcoming children’s slide in the front yard. Drawn to the house by the smell of cake, bread and roasted pig, they are greeted by its owner: an elderly woman named Holda (Alice Krige), who sports some gnarly black fingertips. After deciding to stay with Holda and her limitless feast, Gretel offers to help her with chores around the house in exchange for her hospitality. It isn’t long before Gretel begins to suspect that their situation is too good to be true, and she must fight the temptations rising within her to save her brother and herself. 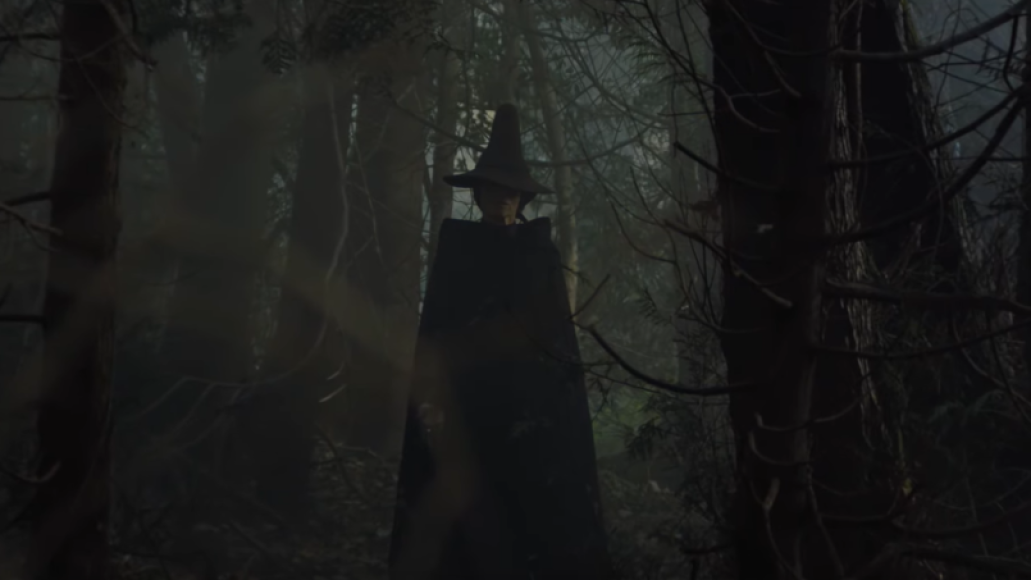 A Tale As Old as Time: Director Osgood Perkins (The Blackcoat’s Daughter, I Am the Pretty Thing That Lives in the House) brings Gretel & Hansel to vibrant life as it has never been done before. For those of us that grew up with Shelley DuVall’s Faerie Tale Theatre version of the tale, Perkins’ adaptation is going to be an entirely different beast and it’s all the better for it.

One might worry that adapting an admittedly slim fairy tale into a feature-length film would make the narrative feel stretched out, but Robert Hayes’ script manages to jump that hurdle by incorporating a hefty amount of depth to the story. He does this by integrating modern themes into the old-fashioned tale. Be it Gretel’s temptation into evil, the deception of adults, or the idea that every gift comes with a price, Hayes gives the viewer a lot to chew on without adding unnecessary action to the proceedings.

While Lillis makes for a compelling Gretel, it is Krige who emerges victorious as the deliciously creepy Holda. She breaks through Liz Byrne’s modest layers of makeup, delivering a performance that is sure to leave its mark on its young target audience. She is also fortunate enough to get the best dialogue in the film, with her tête-à-têtes with Lillis being the film’s high points. Leakey, on the other hand, has a bit of trouble early on handling Hayes’ dialogue. His delivery can occasionally come off as stilted and awkward, but he grows more confident as the film progresses. Arrow’s Jessica De Gouw is striking in her handful of scenes as young Holda, but one wishes she was given just a bit more to do. 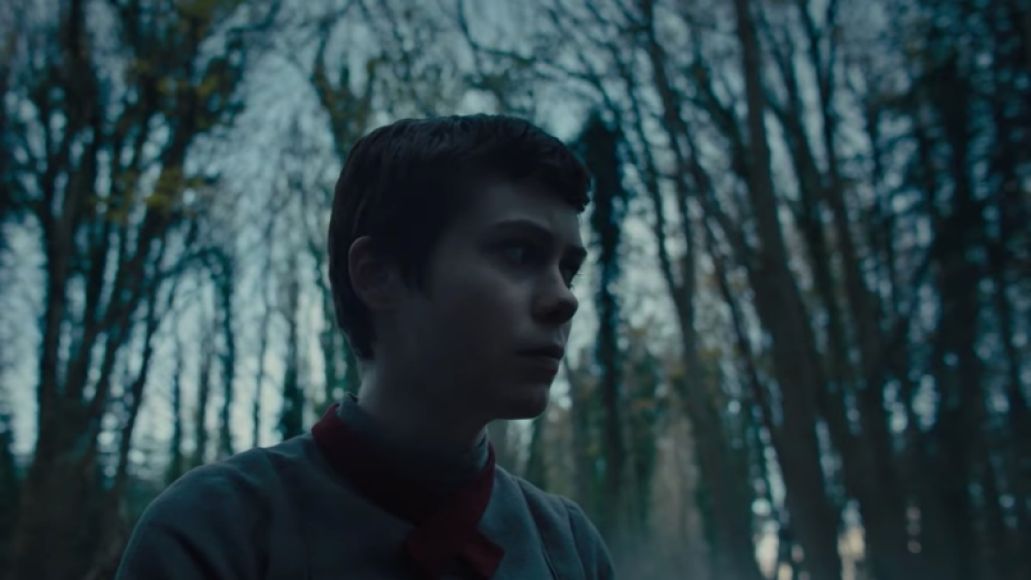 Pages From a Storybook: If there’s one thing that can be said about Gretel & Hansel, it’s gorgeous to look at. Production designer Jeremy Reed (I Am the Pretty Thing That Lives in the House, Hard Candy) wisely employs more modern architectural designs, giving the film an anachronistic quality that enhances its unsettling mood. Triangles and chevrons fill the screen, their pointed edges adding a sense of unease throughout much of the film’s runtime. Much like It Follows, there is a timeless quality here that mesmerizes while it simultaneously unsettles.

With the exception of the fairy tale prologue (which is shot in anamorphic widescreen), Gretel & Hansel is shot in a 1.55:1 aspect ratio by cinematographer Galo Olivares (Roma). This makes each frame feel like a page in a storybook. Perkins has said that the design of the film was inspired by Alejandro Jodorowsky’s The Holy Mountain, but there are glimpses of giallo in the film too. Ethereal red and yellow hues permeate Holda’s cabin and the woods, so what the film lacks in narrative, it more than makes up for in some hauntingly beautiful tableaus, utilizing this lighting and Reed’s stellar production design. There are so many, in fact, that you could fill a museum with screenshots of them.

CGI is kept to a minimum, but the few instances of it fail to impress, with a cartoonish magical black goo and dark puddle pulling viewers out of the film during two separate sequences. That being said, the practical effects on display are impressive, with one particular set piece involving a bucket of guts leaving the most lasting impression. 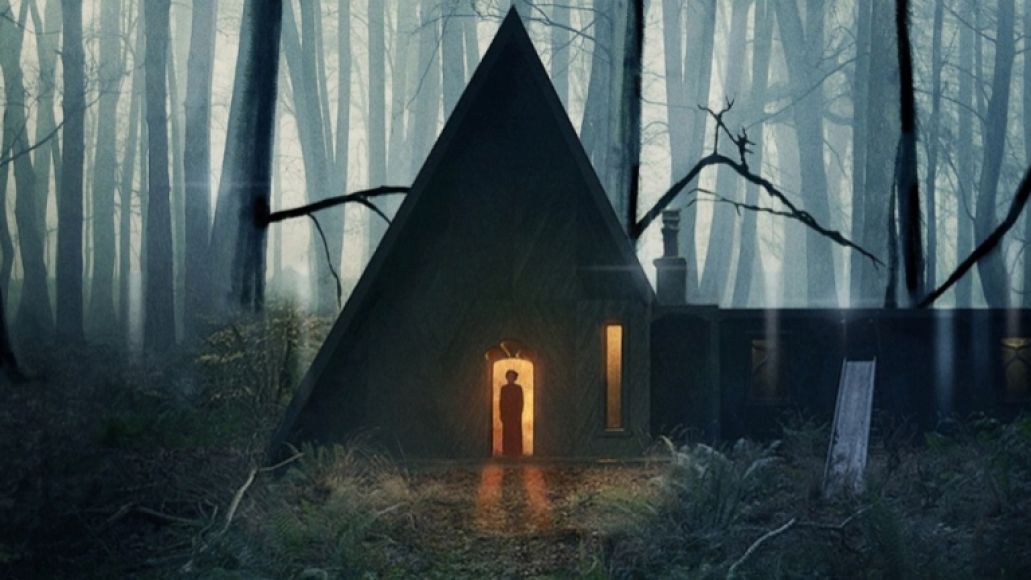 A Slow Pace With a Rushed Ending: If you’ve ever seen a film directed by Perkins before, you’ll know immediately whether or not Gretel & Hansel is for you. Despite his lack of screenwriting credit, the film shares many traits with his first two directorial efforts, especially when it comes to the pacing. At a brief 87 minutes, the film is deliberately paced, bordering on the verge of being outright slow. Josh Ethier (Leatherface, Bliss) shows a restrained hand in the editing room, opting to let the film and its environments wash over the viewer before moving on to the next shot. It won’t be for every taste, but those who enjoy a slow burn will feel right at home.

The film culminates in a rushed ending that does the film a slight disservice. It’s not that the ending isn’t satisfying; it just happens so quickly. One would think that an additional five minutes could have been added to give the climax a bit of breathing room, but as it stands, the end result is a mixed bag. Don’t worry, though: this isn’t an ending on the same level as last week’s The Turning.

The Verdict: Gretel & Hansel updates a classic fairy tale with impressive results. It’s a gorgeous and moody film that trusts the intelligence of its audience, a rare find for a studio release (especially one being released in January). Less patient viewers might find the film to be a struggle to watch, but those who appreciate aesthetics will find themselves experiencing an embarrassment of riches.

Where’s It Playing? Beware the woods on January 31st.

Film Review: Gretel and Hansel Is a Gorgeous and Moody Update of a Classic Fairy Tale