The Pitch: The tale of a home that curses anyone who sets foot inside, The Grudge is the first North American entry for the franchise in 11 years. Here the action is relocated from Tokyo to Pennsylvania, when homecare giver Fiona Landers (Tara Westwood) unexpectedly flies home to her family, bringing with her the curse depicted in 2004’s Sarah Michelle Gellar-fronted film.

Unfolding across three consecutive years in non-linear fashion, the de facto lead is Andrea Riseborough’s Detective Muldoon. The new police officer in town inadvertently curses herself when she connects a desiccated body in the woods back to 44 Reyburn Ave, a notorious home that her partner Detective Goodman (Demián Bichir) refuses to enter.

From there her investigation unravels a chain of mysterious events and deaths, including the Landers family, their realtors, Peter (John Cho) and Nina Spencer (Betty Gilpin), as well as the couple who bought the house, Faith (Lin Shaye) and William Matheson (Frankie Faison). 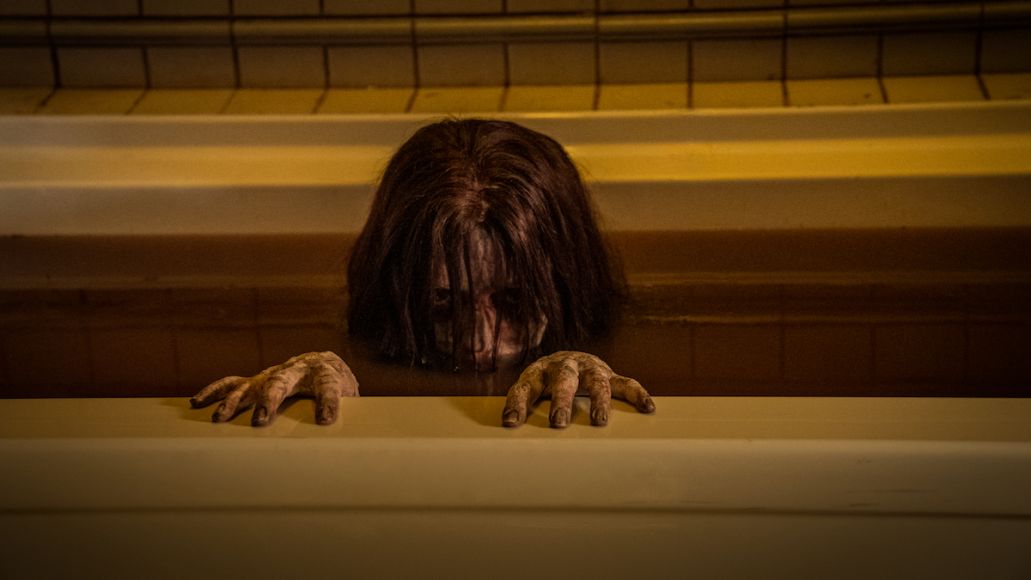 Franchise Fatigue: The original US remake of The Grudge was the second massive hit of the burgeoning J-horror movement back in 2004. Following the success of Gore Verbinski’s The Ring, The Grudge confirmed that there was audience interest (read: money) in adaptations of successful Japanese horror franchises, in this case the Ju-On films originated by Takashi Shimizu. The 2004 entry (Shimizu’s first English language film) more or less recreated his original Japanese version, swapping in a variety of American actors for a fish-out-of-water tale of linguistic and cultural disconnect. The Grudge eventually earned $110M in the US, spawning two sequels (2006’s theatrically-released The Grudge 2 and 2009’s direct-to-video The Grudge 3) before the franchise went dormant as horror audiences shifted away from J-horror in favor of the Saw and Paranormal Activity franchises.

Predictable, Repetitive Scares: The Grudge films tend to draw two main pieces of criticism, both of which are applicable to writer/director Nicolas Pesce’s 2020 side-quel. The first is the premise’s inherent predictability, wherein every single character who sets foot in the cursed home inevitably dies. The second is the overly familiar repetitious deaths, which tend to focus on the house’s main ghost(s) creeping up on victims. Unfortunately Pesce’s film falls prey to both complaints. In the former category, the simple narrative formula of characters wandering into the house before eventually meeting their demise effectively saps the film of its surprise. The Grudge is founded not on “if”, but rather “when.” 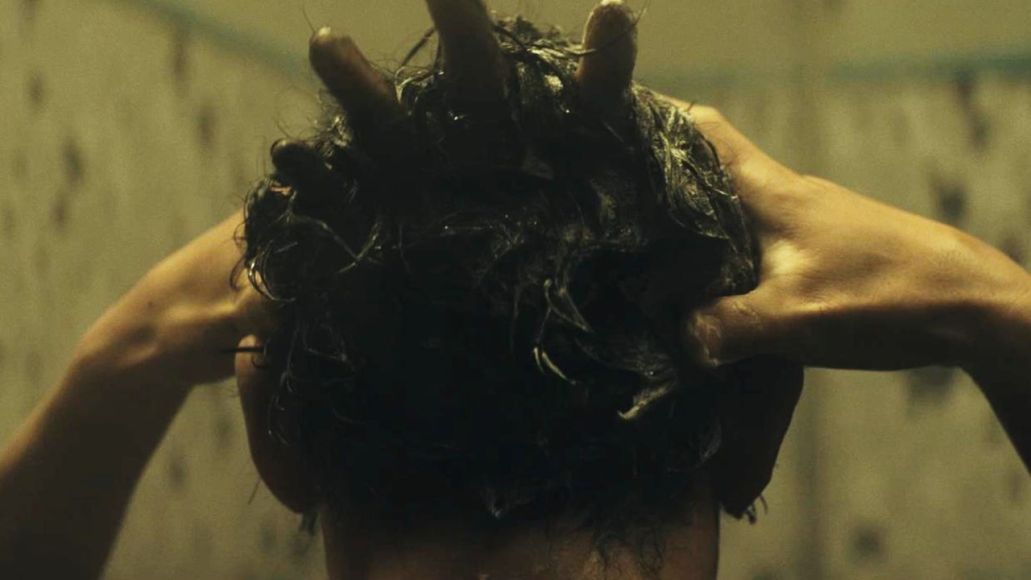 In spite of this, there are pleasures to be had in the 2004 original because the scares and the deaths featured some variation. The same can’t be said of the new iteration, which disappointingly relies on an abundance of jump scares and clearly telegraphed framing for all of its ghostly encounters. For every mildly successful scare (Muldoon’s flashlight encounter in the police station basement), there are a half dozen that fall flat (scares involving Muldoon’s dog and Jacki Weaver’s character at the supermarket are both particularly weak). By adhering to the traditions of the original, Pesce maintains the continuity of the franchise but without exciting set pieces, the result is lifeless and dull.

Flashback <-> Flashforward: Arguably the franchise’s single defining characteristic (and greatest success) is its use of non-linear storytelling, which complicates the relatively straightforward narrative by jumping backwards and forward in time. The new film follows suit, toggling back and forth between 2004 (the Landers & Spencers), 2005 (the Mathesons) and 2006 (Detectives Muldoon and Goodman). Yet, unlike Shimizu, who uses the non-linear approach to spread out horrific set pieces, Pesce mistakenly waits until the end of the film to deliver nearly all of the violence. This results in a lot of time spent watching the only not-so-unnerving day-to-day activities of the families, all while Muldoon connects the dots about their cases. Even worse, the vast majority of these details are easily predicted, which means that the audience is constantly pacing ahead of the film’s characters, making the 93 minute runtime feel like an eternity. 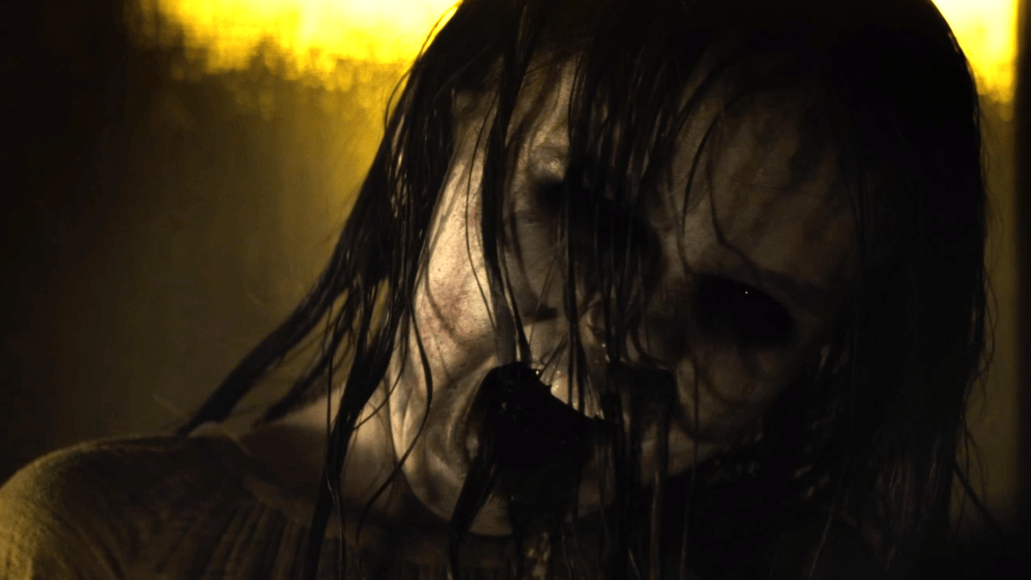 Gooey, Gruesome Gore: If there’s one element that the film successfully pulls off, it’s the number of gory kills. Pesce is no stranger to mean, gruesome, “avert your eyes” gore and the practical effects here look great. From severed fingers, to head trauma from a fall, to bloated faces in a bathtub full of black water, the effects are disturbing and appropriately icky. A few digital FX don’t pack the same punch (a nosebleed, a broken arm in a car crash), but these are fleeting.

Relocation Yellows: Aesthetically the film’s overall look is another story. Whereas the Japan-set original trafficked in cold, sterile blues to help sell the anonymity and isolation of its characters in a foreign land, Pesce bathes his US-set film in drab, ugly yellows and browns. While this does reflect the trauma-laden backstories of many of the characters (nearly everyone is dealing with a personal tragedy such as a dead husband or mother, or children with birth defects), it makes The Grudge an ugly film to watch. Particularly disappointing is the downgrade of the original’s gorgeous Tokyo set design to Pesce’s bland, unspectacular 44 Reyburn Ave, which has virtually no presence or malice to it.

The Verdict: Sadly, The Grudge is an underwhelming entry in the long dormant franchise. This cursed production — delayed from release last year — hardly feels worth the wait, and is certainly not worth the price of admission. So, beware, and don’t set foot in your local theatre to investigate.

Where’s It Playing? The Grudge is in theatres everywhere.