Aquatic Horror: Between Crawl, 47 Meters Down: Uncaged and The Pool, 2019 proved to be a banner year for water-related horror films. Underwater, a 2017 20th Century Fox film lost in the Disney acquisition shuffle, is only now seeing the light of day, but it’s a solid entry in the recently revitalized sub-genre. Underwater evokes its predecessors with nods to the set design, narrative, and creature work of other films such as Leviathan, Deep Blue Sea, and, most notably, the Alien franchise.

Ripley Energy: While the role of Norah is more emotionally grounded and sombre than Stewart’s ass-kicking performance in Elizabeth Banks’ Charlie’s Angels, Stewart is undeniably sympathetic and winsome here. Right from the film’s opening sequence, when Norah must make a devastating decision in order to preserve the integrity of the facility long enough to escape, Stewart is the film’s anchor. Through her tender father/daughter relationship with Captain Lucian, her banter with Rodrigo, her oversight on Emily and Smith’s relationship, and her bemused looks at Paul, Norah is responsible for generating audience investment in the slightly undercooked relationships that Underwater develops in between thrilling action sequences. 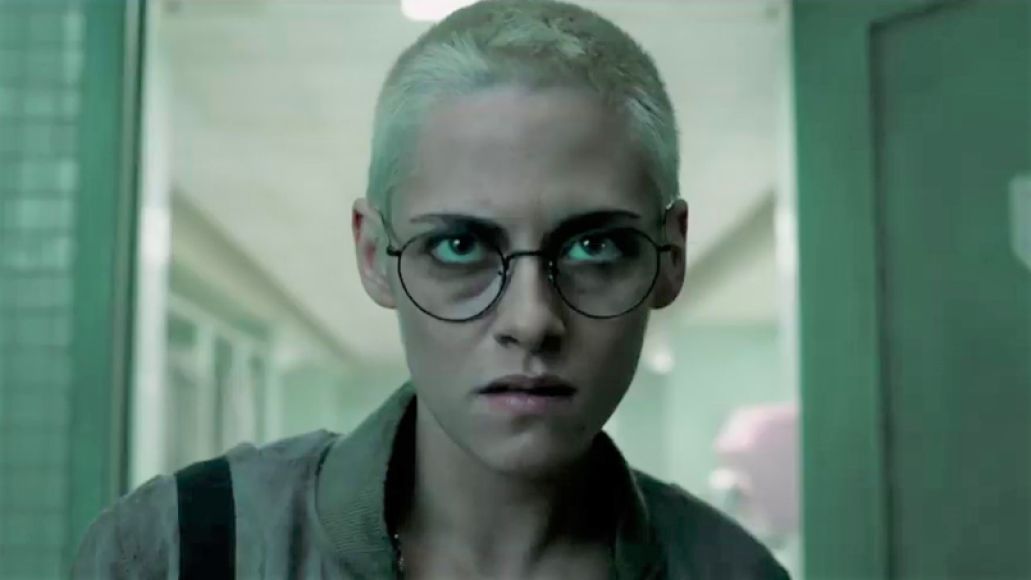 Dive In: The film’s single greatest asset is how expeditiously disaster befalls this crew. Following a credit sequence of news reports and schematics of the various Tian drilling facilities, there is a quick homage to Alien’s slow 360-degree opening pan and some heavy-handed voice-over from Norah, but less than five minutes have passed before a facility-destroying explosion necessitates the emergency escape down to the ocean. It’s an adrenaline burst that starts Underwater off with a ton of kinetic energy and immediately throws audiences into the thick of it.

Ticking Time Bomb: The fact that the survivors must first outrace an explosion, then battle equipment malfunctions and a limited supply of air, lends the film a ticking clock sensibility. The opening sequence is outstanding, although starting off on such a high makes subsequent sequences pale in comparison, and, unfortunately, creates the sense that the second act’s pacing is soggy. Thankfully, the energy picks up considerably heading into the finale when the scope of the danger — and the full extent of the creature design — is revealed.

At times, the urgency and reaction time of the crew seems suspiciously slow considering the plethora of dangers outlined early on (perhaps head trauma and slow asphyxiation are to blame?). While the action sequences vary in order to pad out the run time and avoid too much repetition, the investigation of a crashed escape pod and an extended creature attack through the depths can’t help but feel like detours that leave less time for the climax. 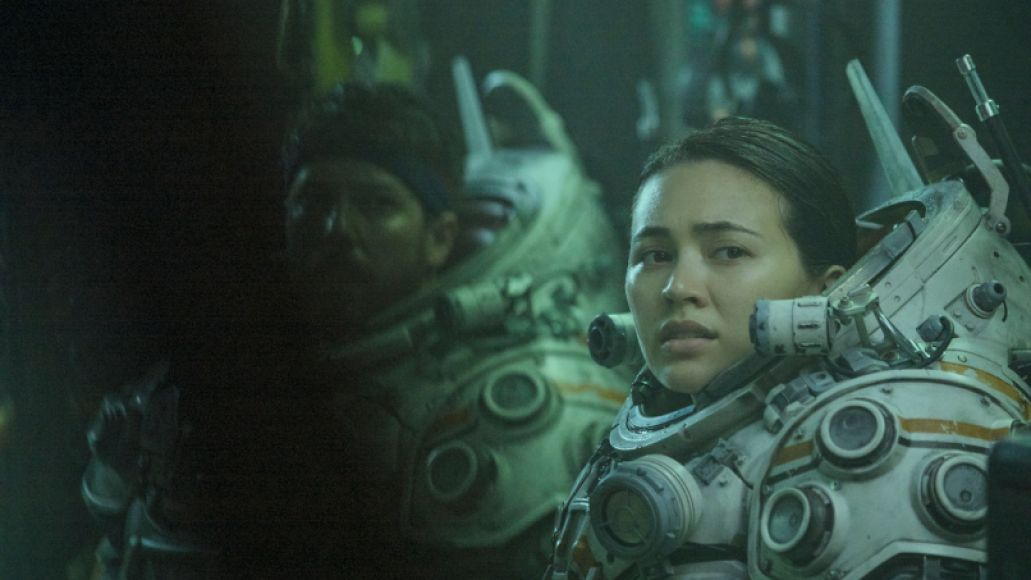 Ocean Silt: Overall, Underwater’s production design and visual aesthetic are top notch. The crude workability and lovely mix of high and low tech of the stations — as well as the computers, the lighting, and, in particular, the bulky underwater suits — lends the film a great sense of authenticity. Less successful is the visual depiction of the exposed ocean floor, which adopts a similar approach to tension building that 47 Meters Down and its sequel both used: murky, silt-and-debris-clouded water. A lot of the open water shots suffer from this lack of clarity, which helps to setup jump scares as frequently as it obscures the action, which makes for an alternately thrilling and frustrating viewing experience. In fact, one action sequence near the end of the second act occurs at such a fast pace in the cloudy ocean waters that it becomes difficult to discern what’s happening.

Terrible TJ: In the delayed time between filming and release, Miller has been accused of sexual assault and the actor’s presence in the film is, admittedly, distracting. On top of this, the character of Paul is arguably the most insufferable of the whole crew. From weak attempts at humor (at one tense moment, Paul exclaims, “Anyone else about to shit their pants?”) to the bizarre decision to have the character carry around a stuffed bunny like a security blanket, Paul is frequently at odds with the film’s tone. 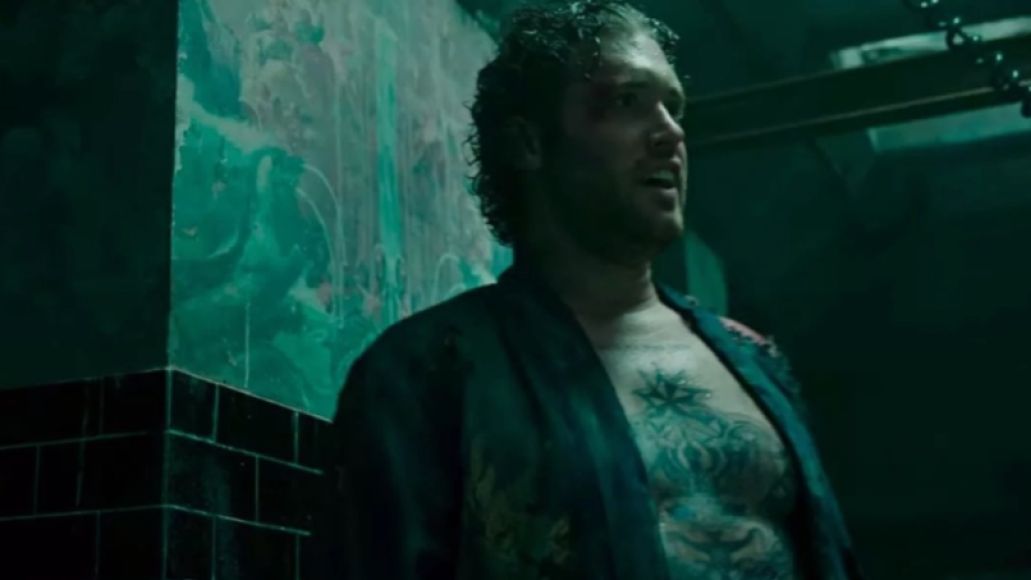 It’s clear from the writing and Miller’s performance that Paul is an attempt to add levity to the overwhelming threat of imminent death. There is a precedent for this kind of character (consider Kevin J. O’Connor’s role as the plucky sidekick in Deep Rising), but Underwater is not a tongue-in-cheek film. As the film proceeds, Paul feels increasingly out of place and winds up dragging the whole enterprise down, which is unfortunate because the other actors, especially Stewart, work hard to make audiences invest in the life and death struggle of these admittedly shallow and underdeveloped characters.

The Verdict: Underwater is a solid creature feature that isn’t afraid to acknowledge its sub-genre predecessors. Kristen Stewart shines amidst a mostly likable cast, anchoring a film that moves at a relatively brisk clip, particularly in its bombastic opening and closing sequences.