George Lopez has been vocal about his disdain for Donald Trump and his policies, but his latest comments may have gone too far. The US Secret Service is reportedly investigating the comedian after he cracked a joke about assassinating the president.

On Monday, Lopez responded to an Instagram post about Iran’s alleged offer of $80 million to anyone willing to kill Trump in retaliation for the death of General Qassem Soleimani. “We’ll do it for half,” Lopez jokingly counter-offered.

Along with heavy online backlash, Lopez’s comments grabbed the attention of actual federal law enforcement folk. “The Secret Service is aware of the tweet made by Mr. Lopez,” a USSS representative stated, per the Washington Examiner. “The Secret Service takes all threats against the president and or any of our protectees seriously, and as a matter of practice, we do not comment on matters involving protective intelligence.”

(Read: A Punk Playlist for the Dying Days of Donald Trump)

According to TMZ, the Secret Service is more than just aware — it’s planning to take action in order to gauge the legitimacy of Lopez’s assassination comments. That process could include “an interview with GL in some fashion, preferably a face-to-face,” TMZ noted, and that “George can probably expect a knock on his door soon.”

For his part, Lopez’s representatives told Fox News that the remarks were meant to be taken as a joke.

Lopez, whose material often addresses his Mexican American heritage, has repeatedly slammed Trump for his policies on immigration and border control. He even released a comedy special titled The Wall in 2017. To see the 58-year-old comedian up close and personal, grab tickets to his current US tour here. 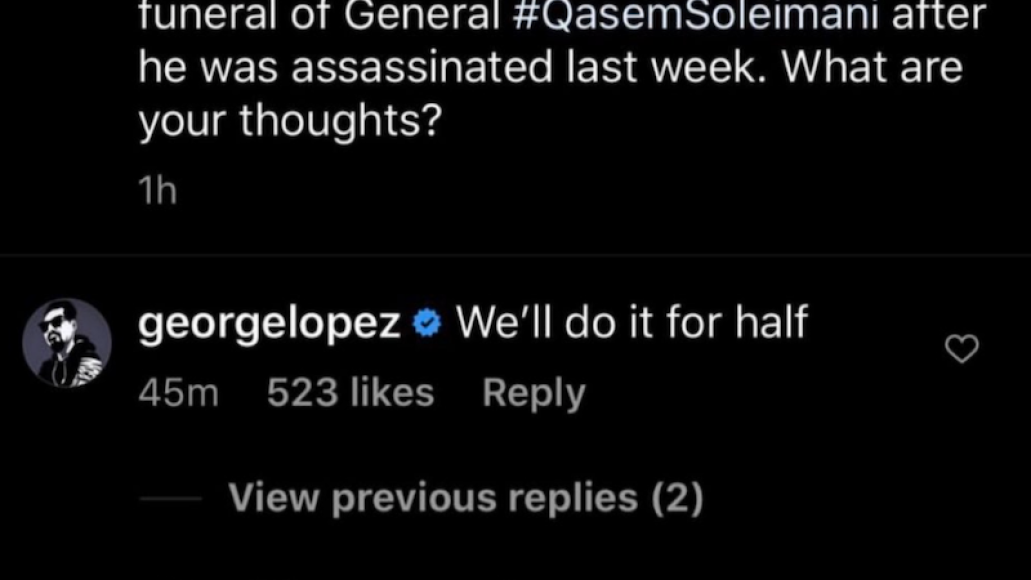