If you haven’t noticed, the Grammys certainly know how to pack the maximum number of performances into an awards show. And there’s nothing wrong with that. It’s a chance to see all the biggest movers and shakers from the prior year putting on extravagant, guest-heavy renditions of the songs we still can’t get out of our heads.

The Grammys are also the perfect preview for what’s coming to a theater, arena, or stadium near you in the months to come. Tons of these artists have been on the road for months — like Lizzo, Billie Eilish, and Lil Nas X — and they still have more dates coming up in the near future. Maybe Tyler, the Creator’s screen-shaking presentation finally convinced you that he’s a performer not to be missed.

Or maybe the fact that acts like alt-metal gods Tool, rock stalwarts Cage the Elephant, and electronic masters The Chemical Brothers all took home golden gramophones sparked renewed interest in seeing them live. Well, the good thing is that all these winners will be making the rounds at festivals, full tours, or both in the coming months. If you want to see these acts doing a Grammy victory lap, odds are you’ll have your chance. Heck, even comedy legend Dave Chappelle is heading out on the road soon.

The Grammys Got It… Right? (And 13 Other Takeaways)

So check out who’s playing where when below, and then head over to StubHub and score the best seats available to see your favorite winners from the 2020 Grammys. 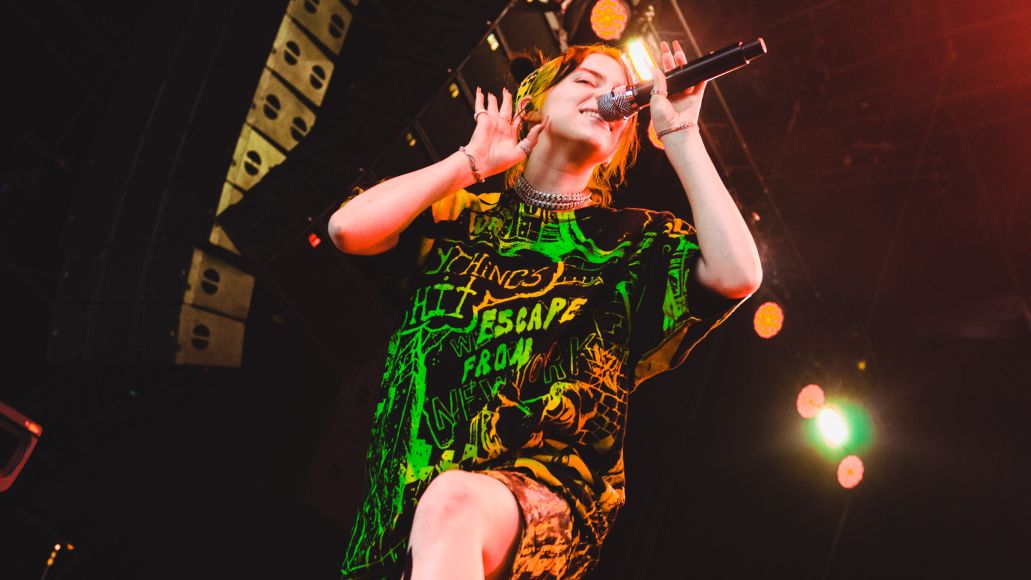 Grammy performances are usually about celebrating what we already know. However, for those who only know Billie Eilish from “bad guy” or other beat-driven fare, her other side was revealed when the alternative pop star elegantly sat and sang “when the party’s over” alongside her brother FINNEAS at the piano. Eilish will be taking that classical style of performance along with her regular, quirky cadences on a sprawling North American tour this March and April. 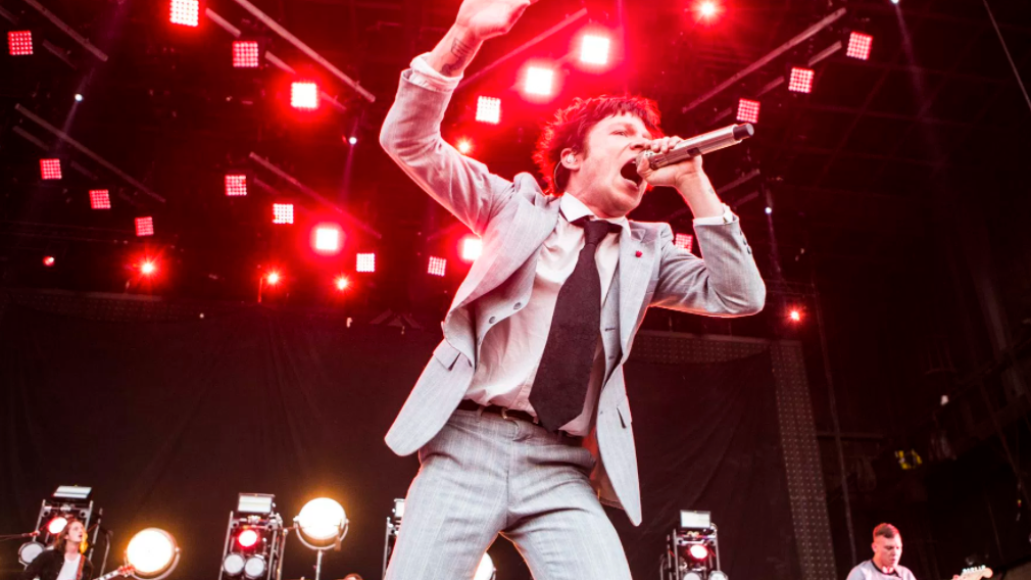 We’re lucky to say that we knew Cage the Elephant before they were topping charts and stacking Grammys. And while success hasn’t changed the Bowling Green, Kentucky, natives one iota (gotta respect the thank-you cam), we’d argue it’s been their ability to change and evolve both in the studio and as a live act that’s brought them success in a time when guitar-based music isn’t the taste of choice. If the Grammy pop fare just isn’t your thing, let Cage bring you a classic, full-scale, ready-made rock show. They’re finishing up a European jaunt now, but look for more dates Stateside in the near future. 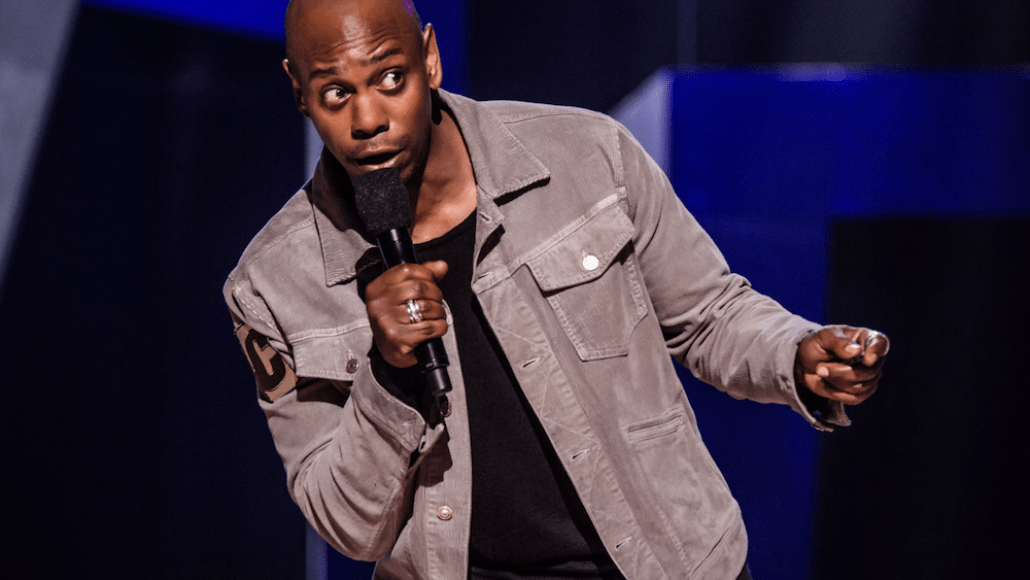 By the time we get around to dubbing someone a legend, they’ve often stepped out of the spotlight or shuffled off the great cosmic stage all together. Dave Chappelle is fortunately still with us and has plenty to say. He’s a stand-up giant of the same order as Carlin, Pryor, and Bruce, and a deal with Netflix in recent years has given him more outlets than ever to share his Chappelle-ian window on the world. You can catch a few remaining North American shows before he completes a slate overseas. Click here for tickets. 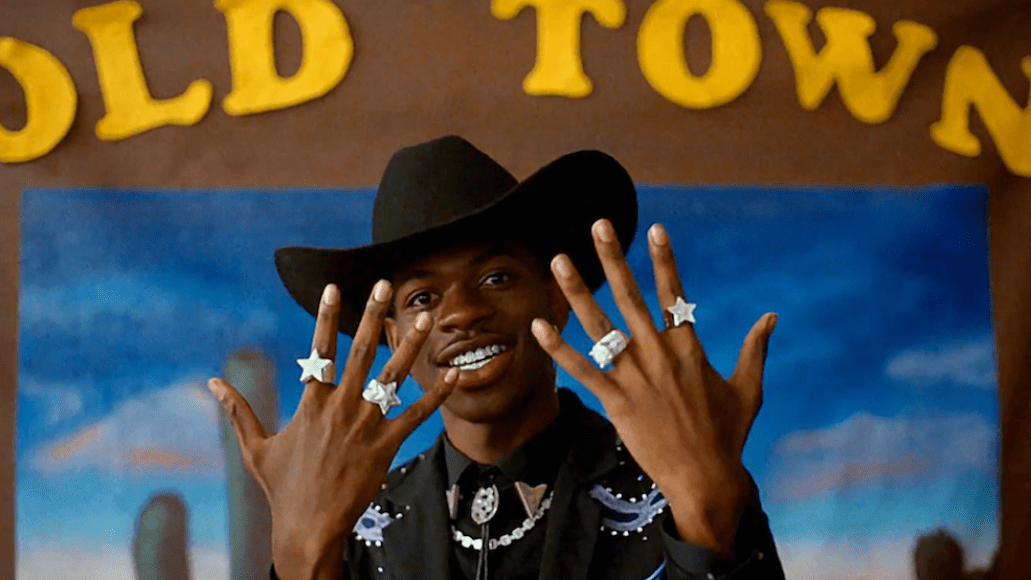 Nobody did a double-take last night when Lil Nas X doubled-down on his career-making, chart-lassoing hit, “Old Town Road”. However, the performance did reveal — with Lil Nas strumming a guitar next to a Kobe Bryant jersey to an all-star finale that included Diplo, Billie Ray Cyrus, and BTS losing their collective shit — that the young genre-blurring artist is a consummate showman with more range than any of us give him credit for. You’ll be able to see that showmanship — sequined cowboy hat in all — when Lil Nas X makes his way to Coachella this spring. Look for tickets here, with more dates to follow. 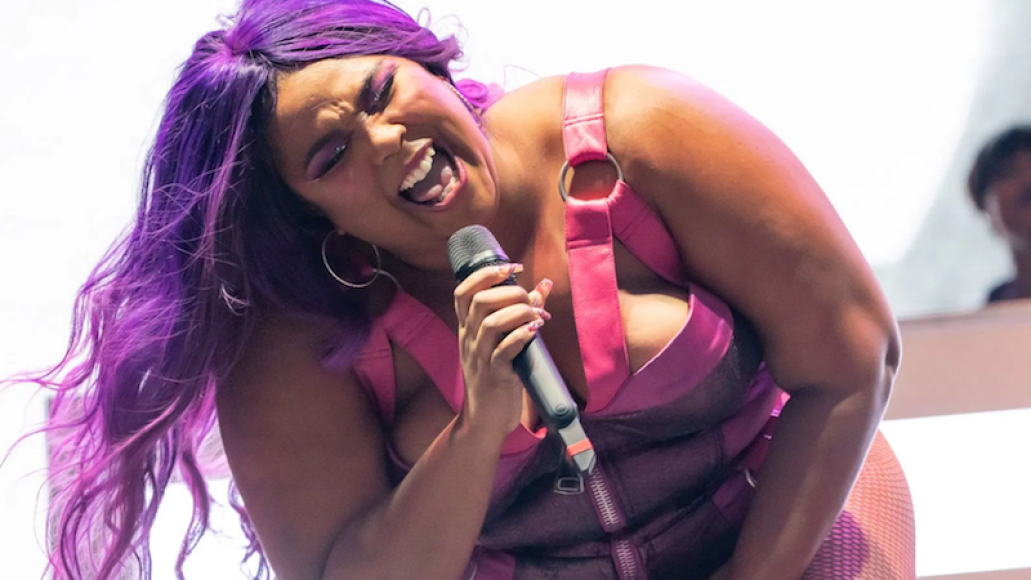 While we cheered seeing Billie Eilish accomplish just about all there is to accomplish at the Grammys by age 18, another part of us pulled hardest for Lizzo, who’s been paying her dues as a musician and struggling to survive for years. And for all those who caught her early performance during the Grammys, there’s no doubt that Lizzo is a singular performer who brings joy and enthusiasm to every stage she steps on. One of our favorite live acts of 2019, she’ll have plenty more opportunity to show her performance talents at a handful of festival performances this summer — including a landmark gig as the first-ever female headliner at Bonnaroo. See the singer, dancer, and flutist bring all she has to a show near you. 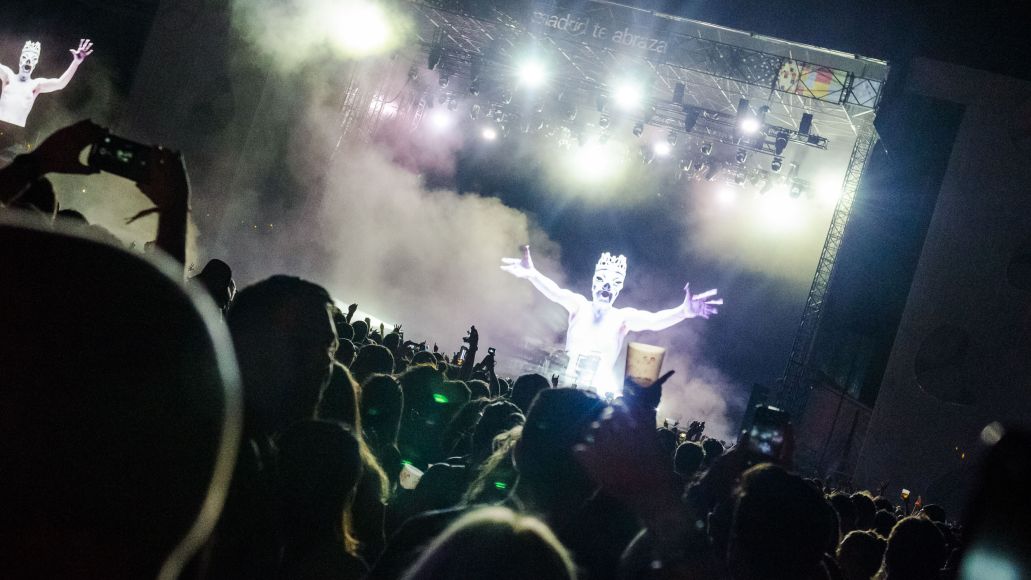 The Grammys probably aren’t aimed for the demographic out there that came of age to Dig Your Own Hole. Hell, Billie Eilish wasn’t even born until four years later. Still, for those of us that appreciated the Aerosmith/Run-DMC collaboration last night, seeing one of the bands who got us into electronic music back in the day, like The Chemical Brothers, take home Grammy gold felt like a nod to our generation. Big Beat pioneers Tom Rowlands and Ed Simons will be taking their large beats and winning album, No Geography, to festivals and choice stops overseas and in Canada. 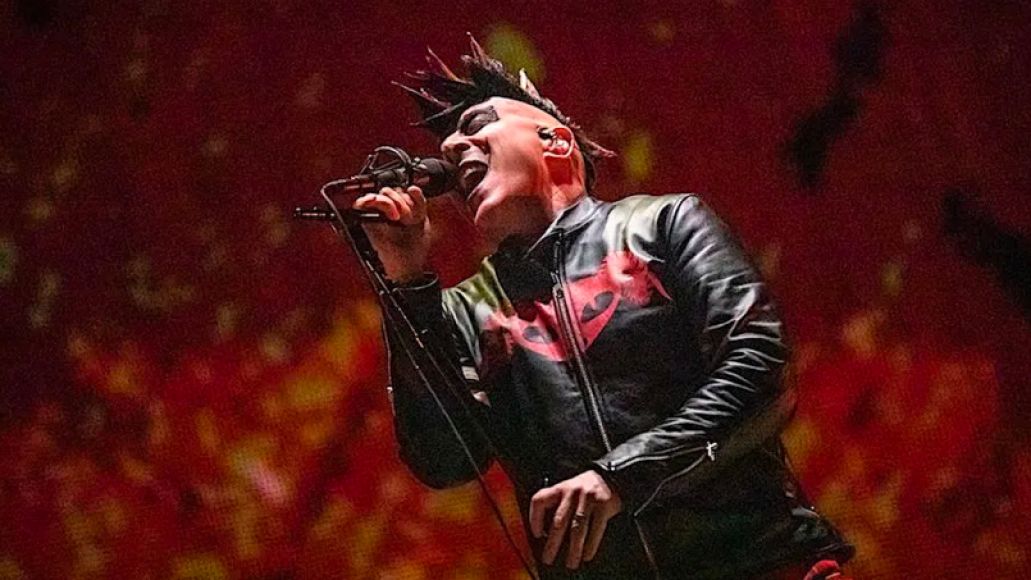 It’s been a year of reckoning for Tool fans. After 13 years, Maynard James Keenan and the band finally released Fear Inoculum, their long-awaited fifth studio album. It’s unlikely that many metal-heads care much for the Grammys, but those who did tune int the pre-broadcast no doubt raised some horns. If nothing else, it was a fitting way to bring the year to a close for our 2019 Band of the Year. However, now the focus can turn entirely to bringing Fear to the masses onstage, a mission that has already started in the United States and will continue here and abroad as we inch closer to spring. 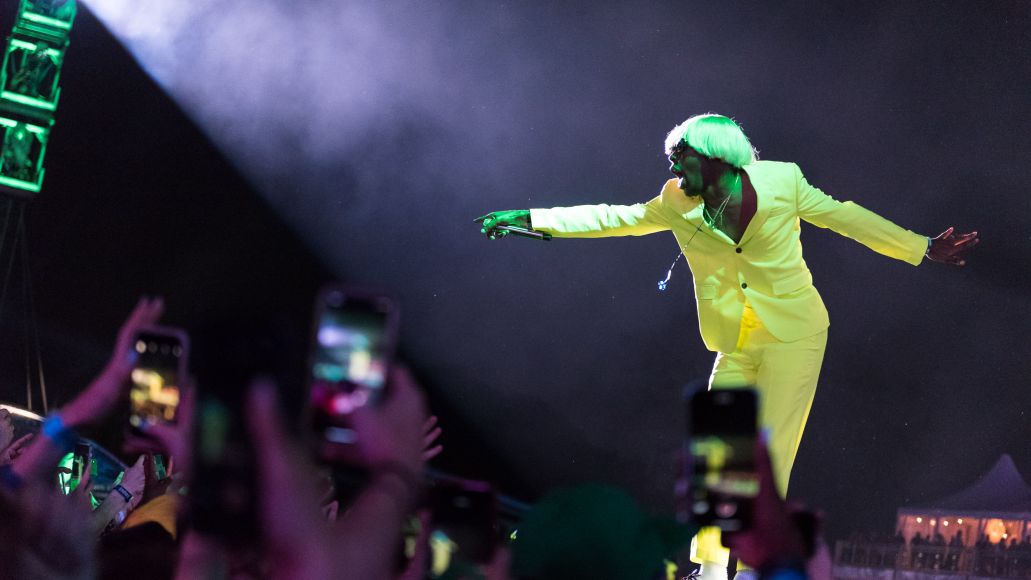 Tyler, the Creator set fire to the stage — nearly literally — with his incendiary Grammy-night medley, bringing some much-needed craziness to the proceedings. To see a small army of Tylers with blonde bowl cuts thrashing about the stage reminded us that not only did IGOR deserve to win Best Rap Album, but that performance is a remarkable means of expression that allows us to let others into our odd, little worlds. Tyler will be taking his odd, little world to Europe this summer with more dates Stateside expected to come. 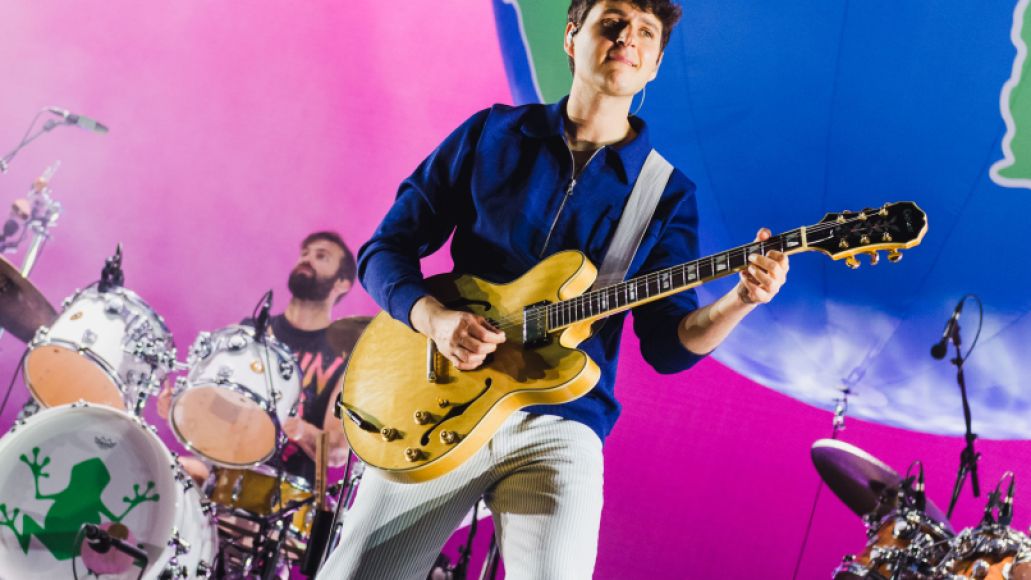 In a time when many of their indie rock contemporaries have bowed out of the limelight, Vampire Weekend keep cranking out the hooks that leave us singing along until their next batch of songs. It’s one of the reasons the group has outlasted many of their indie peers in an era they helped define. So, it’s commendable that the Grammys managed to still find a place for Ezra Koenig and Father of the Bride in their accolades. The nod for Best Alternative Music Album may not turn many heads, but no doubt Vampire Weekend will when they visit festivals like Bonnaroo, Governors Ball, and Okeechobee amidst their North American tour dates.