A new year, a new Guided by Voices album. Fresh off a 100-song New Year’s Eve performance, Robert Pollard’s prolific alternative rock outfit has announced its first record of 2020, Surrender Your Poppy Field. The band has also shared the lead single, “Volcano”, and laid out a spring tour schedule.

Spanning 15 tracks, Surrender Your Poppy Field is due out February 20th via Pollard’s own GBV Inc. It follows last year’s trio of releases: Zeppelin Over China, Warp and Woof, and Sweating the Plague. The effort’s title comes from a scene in The Wizard of Oz (in which “Surrender Dorothy” is written in the sky), as well as from one of GBV’s own past projects. As Pollard explained to Rolling Stone,

“I think Wizard of Oz came to mind when it was first conceived. I did a five-song EP about four or five years ago under the name Sunflower Logic and we included a mock catalog for the label name we used, Pink Banana Records. In it there are 50 or 60 fake band names with titles for 45s, EPs albums and compilations and one of the songs was ‘Surrender Your Poppy Field’. It stuck and I decided to give it a real home on a Guided by Voices album.”

As a first listen to the LP, Guided by Voices have shared the lead single “Volcano”. It’s a slow-burning, scuzzy number that tears it open a third of the way through. Take a listen below, followed by the Surrender Your Poppy Field album art and tracklist. Be sure to stay tuned for more from Pollard’s project as the year continues, as he’s promised there’s already another completed record ready for release.

In addition, GBV have unveiled a run of spring tour dates around their appearance at Shaky Knees Festival in May. Find their full itinerary ahead, and get tickets to all their upcoming shows here. 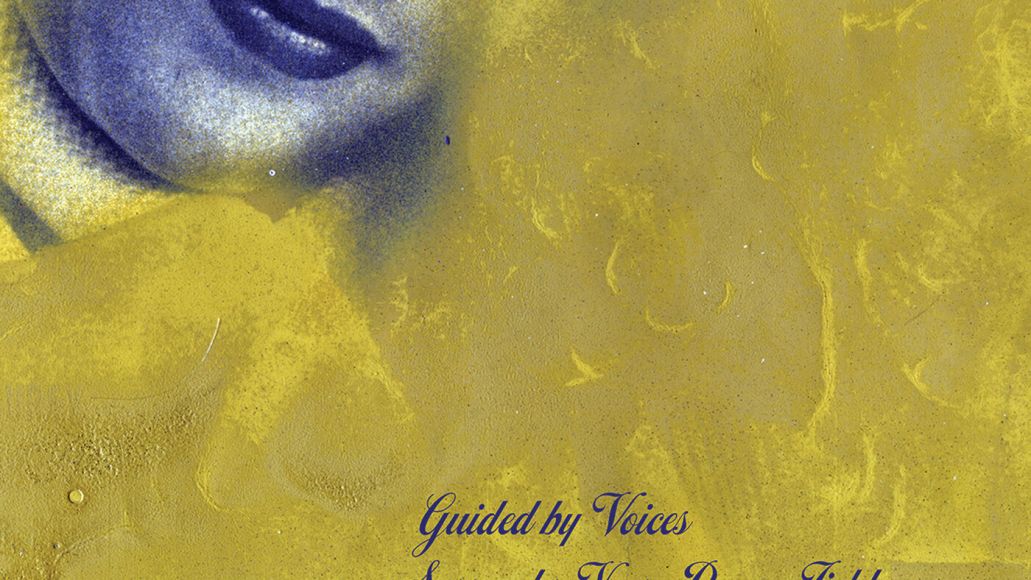