Half Waif is back with a brand new album. The record, titled The Caretaker, will come out on March 27th via ANTI- Records. To celebrate the news, she’s shared the lead single “Ordinary Talk” and has unveiled North American tour dates for later this year.

If you’re unfamiliar, Half Waif is the solo project of ex-Pinegrove member Nandi Rose. Whereas her debut solo record, Lavender, took a more intimate approach to music, this new one goes for big emotions and even bigger music. Just listen to “Ordinary Talk” in all of its melodramatic pop glory.

In a press release, Rose explained the song’s unexpected origins:

“Recognizing your own ordinariness can be depressing, or it can be a relief. In ‘Ordinary Talk’, I wanted to honor and celebrate my ordinariness as an incredible tool for making me feel less alone. The song is a reassurance that feeling bad — or ‘ill’ — isn’t something that needs to be corrected. There’s a depth of experience that comes from feeling emotions at their extremes. And it is, in fact, this vivid, varied messiness that makes us human and ordinary.”

In the music video for “Ordinary Talk”, directed by Kenna Hynes, Half Waif is laying on the floor of a regal house in modern Victorian attire. As she stands up and starts to dance around the room, other people in neighboring rooms begin to come to life, too. They shift one by one, moving in time with her vocal arcs in a beautiful display of interpretive dance, before they flash to a more modern, carefree time. Watch it below.

To support the new album, Half Waif will be performing a record release show at Public Records in Brooklyn, New York on March 27th. Shortly after that, she’ll hit the road for a handful of tour dates. The trek kicks off on May 5th in Boston, Massachusetts and concludes on June 6th in Peterborough, New Hampshire.

Tickets for the tour dates go on sale this Friday, January 31st at 10:00 a.m. local time through her website. Grab tickets to all of her upcoming concerts here. 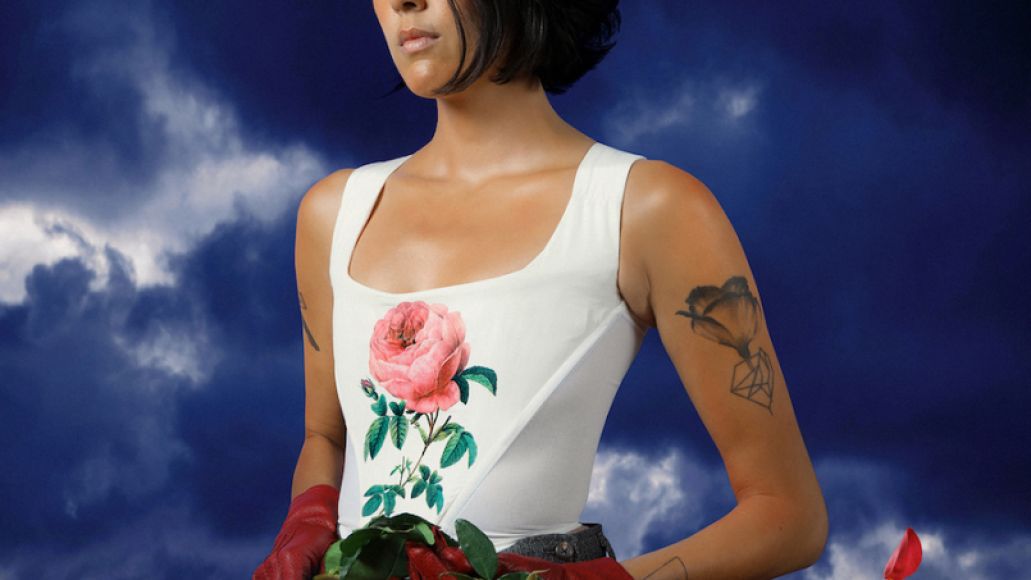