This article is sponsored by StubHub. Click here for all the best available tickets to Harry Styles’ upcoming “Love On Tour”.

A successful boy band is an exercise in planned obsolescence. A group of young heartthrobs with serviceable voices and choreography explodes in popularity, wins the undying fealty of millions, and then, at the peak of their powers, disbands. The split can be amicable or venomous, but the motivation is usually the same: One or several members of the band feel they have outgrown the bubblegum pop on which they staked their fortune, and they’re ready to strike out on their own.

What many of them fail to realize — due either to ignorance or hubris — is that boy band fame does not guarantee solo stardom. Often, as Aristotle said, the whole is greater than the sum of its parts. Fandoms divide into warring factions, and some boy banders struggle to write music and perform outside of a group setting. Others simply aren’t that talented or captivating on their own.

Harry Styles does not fall into the latter category. Since his former group, One Direction, went on hiatus in 2016, Styles has netted two consecutive No. 1 albums on the Billboard 200 and ascended to No. 4 on the Billboard Hot 100 with his debut solo single, 2017’s “Sign of the Times”. Eschewing the slick, stadium-ready pop of his old band, Styles has reinvented himself as a bona fide retro-rocker, cribbing the smirking sexuality of Mick Jagger, the alien glamour of David Bowie, and the golden harmonies of Fleetwood Mac (along with Stevie Nicks’ billowy trousers). 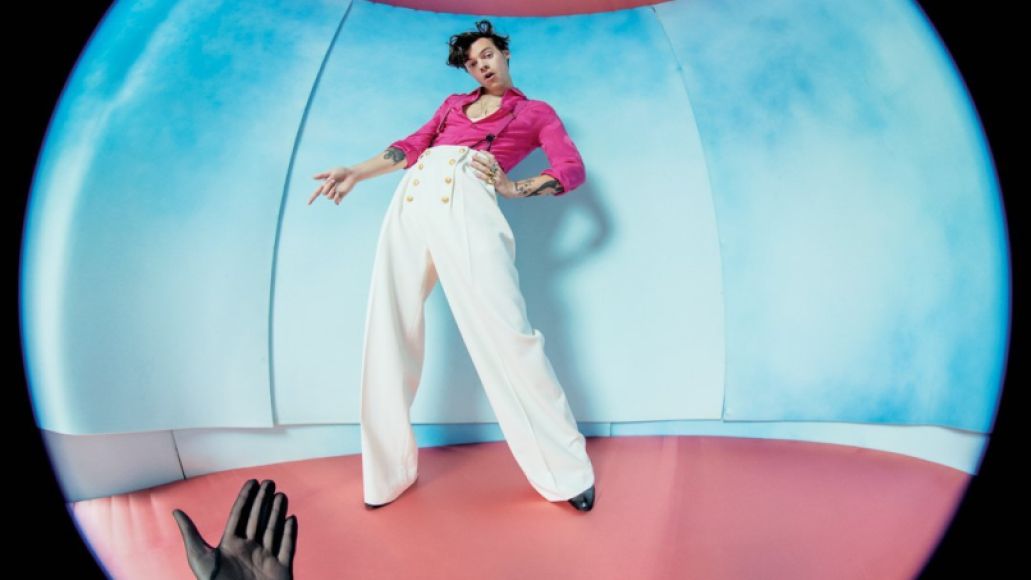 The backward-looking stylistic shift has been hugely successful: Styles’ latest album, Fine Line, moved 478,000 units in its first week, the third-biggest debut of 2019 behind Taylor Swift’s Lover and Post Malone’s Hollywood’s Bleeding. Part of this haul came from a bundle that packaged a copy of Fine Line with every ticket purchased for Styles’ massive North American arena tour; many of the dates have sold out or are well on their way to doing so. Of the four members of One Direction who have released solo albums — Styles, Zayn Malik, Liam Payne, and Niall Horan — Styles claims the biggest sales by far (though Malik is the only member to collect a solo No. 1 hit with “Pillowtalk”), despite making songs that seems the least engineered for Hot 100 supremacy.

But if the execution of Styles’ solo career seems unconventional, the theory behind it is time-honored. Throughout history, boy band alumni have sought to establish themselves as “grown-up” artists by dabbling in different genres. The most prominent example from the 21st century is Justin Timberlake, who, after rising to global superstardom with teen pop quintet NSYNC, struck out on his own with his 2002 solo debut, Justified. Anchored by the Neptunes-produced dance floor anthem “Rock Your Body” and wrathful breakup ballad “Cry Me a River”, Justified reinvented the 21-year-old Timberlake as an R&B crooner and sold over three million copies in the United States. But the album was a mere precursor to 2006’s FutureSex/LoveSounds, a chart-topping smorgasbord of R&B, electro-funk, and indelible pop hooks that spawned three No. 1 hits: “SexyBack”, “My Love”, and “What Goes Around… Comes Around.” A slew of No. 1 albums and singles, arena tours, and a 2018 Super Bowl headlining performance followed, cementing Timberlake as one of the most successful ex-boy banders of all time.

Timberlake’s staggering solo success is the exception, not the rule, as evidenced by NSYNC’s peers and labelmates, the Backstreet Boys. Despite being the best-selling boy band of all time, the Backstreet Boys failed to produce a solo star; the closest was Nick Carter, whose 2002 solo debut, Now or Never, peaked at an unremarkable No. 17 on the Billboard 200. Following a brief hiatus from 2002 to 2004, the Backstreet Boys continue to tour and release music regularly, and last year’s DNA became their first No. 1 album in 19 years. The band members saw where their bread was buttered, and they stuck to the institution that made them superstars. With $62 million and counting in concert revenue over the past year, it’s hard to blame them.

The Backstreet Boys weren’t the only boy band from a bygone era to launch a No. 1 album in 2019. In June, the Jonas Brothers released Happiness Begins, their first studio album in a decade, which spawned the chart-topping earworm “Sucker”. Demand for a Jonas Brothers reunion was enormous, but their solo successes were nothing to scoff at either. Nick Jonas went the R&B route on his eponymous 2014 album, which peaked at No. 6 and delivered the pulsating, sensuous single “Jealous.” Meanwhile, Joe Jonas enjoyed acclaim as a member of DNCE, whose cheeky disco-rock anthem “Cake by the Ocean” became a Top 10 hit and has earned nearly 900 million Spotify streams.

In terms of popularity and years active, the Jonas Brothers are One Direction’s most relevant contemporaries. But if you want to find the blueprint for Styles’ solo career trajectory, you have to go back to the original boy band heartthrob: Paul McCartney. Purists and rock snobs may balk at the notion, but The Beatles began their career as four lovable, mop-topped lads who wore matching suits and had distinct personalities. They were an archetypal boy band, and, as with all boy bands, their breakup came with growing pains for each member.

Seeking to escape the impossibly long shadow of his old group, McCartney holed up inside his London home and recorded the lo-fi McCartney, a ramshackle collection of half-finished song snippets, followed a year later by the pastoral folk-rock album Ram. Both records polarized critics upon release but peaked at No. 1 and 2 on the Billboard 200, respectively. Moreover, they helped reinvent McCartney as an affable everyman who had come to terms with the unprecedented success of his old band, but did not feel the pressure to recreate it. McCartney eventually returned to conventional rock stardom as the leader of Wings and as a solo artist, and he continues to headline festivals and pack stadiums to this day, making him the most enduring boy band alum of all time.

Much like his rock and roll forebears, Styles seems more interested in cultivating a decades-long career than brief, meteoric success. He’s off to a great start, endearing millions of fans through his impeccable fashion sense, charming personality, and, of course, excellent music. Styles doesn’t need to rely on algorithmic hit singles to earn a living; his album and ticket sales speak for themselves. If he maintains his current trajectory, future listeners will view him not as an embarrassing relic of the past, but as a legacy artist still at the peak of his powers.

Click here for all the best available tickets to Harry Styles’ upcoming “Love On Tour”.