Residents of the Bronx can get free Burger King Whoppers for putting up with nerds on their cell phones recreating the Joker dance.

Since Arthur Fleck (Joaquin Phoenix) first traipsed down that staircase on West 167th Street, it has become a pilgrimage site for Joker stans, and many locals wish they’d get the Fleck out of there. Enter the marketing department at Burger King. The Home of the Whopper has a long history of dunking on clowns, and a few thousand burgers are much cheaper than a nationwide television campaign. So, in an act straight out of corporate dystopian fiction, Burger King has forged an alliance with Uber Eats to challenge the dominance of McDonald’s and put down the Joker in the process.

The advertising campaign features the Burger King himself, holding a bag from Uber Eats and performing the iconic dance. “Dear Bronx,” the text reads, “We know clowns can be annoying.”

The ad was timed to coincide with the movie’s January 7th Blu-ray release, as well as Hollywood’s increasingly breathless awards season. Joker was a winner at the Golden Globes, including a top acting award for Joaquin Phoenix. But not everyone has seen it; Martin Scorsese says he doesn’t “need to” even though he almost directed it. According to Kevin Smith, Joker almost had a much darker ending.

As the first R-rated movie to gross $1 billion, a sequel would seem inevitable. But director Todd Phillips says those discussions are premature. 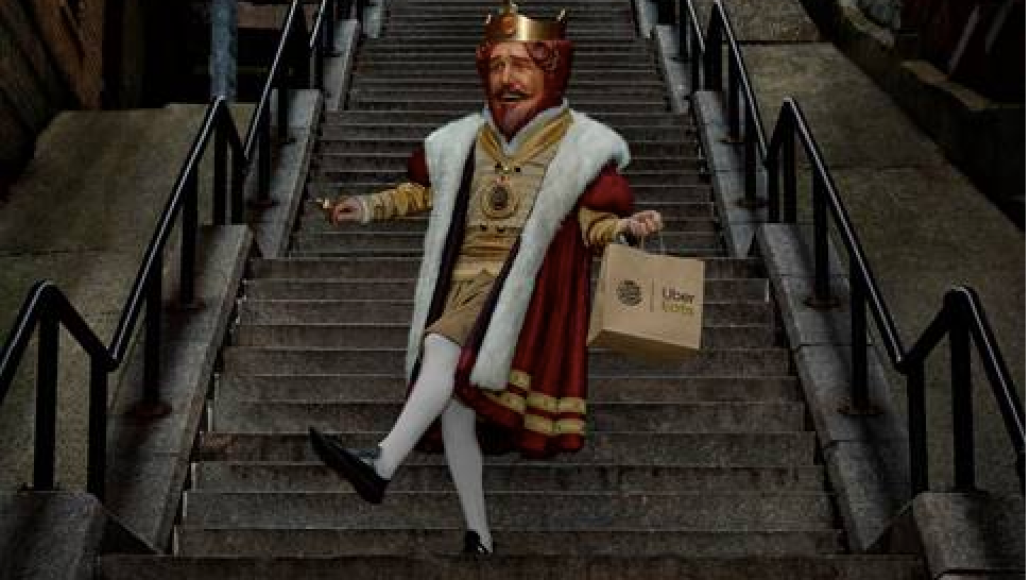