Lockn’ Festival has unveiled its 2020 lineup. For its eight edition, taking place June 19th-21st at Infinity Downs & Oak Ridge Farm in Arrington, VA, Lock’n will celebrate Phil Lesh’s 80th birthday with a variety of performances across the weekend.

The Grateful Dead legend himself will perform multiple sets, including a pair of headlining performances as the Phil Lesh Quintet featuring Warren Haynes, Jimmy Herring, Rob Barraco, and John Molo, along with David Crosby, who will sit in for the Saturday night set. He’ll also team up with Joe Russo and John Mayer for an Almost Dead set to close out the festival on Sunday, the 21st.

Tickets to the festival go on sale beginning Thursday, January 23rd. Head to the festival’s website for more information on the various ticket parties, as well as a “Steal Your Thursday” pre-party. 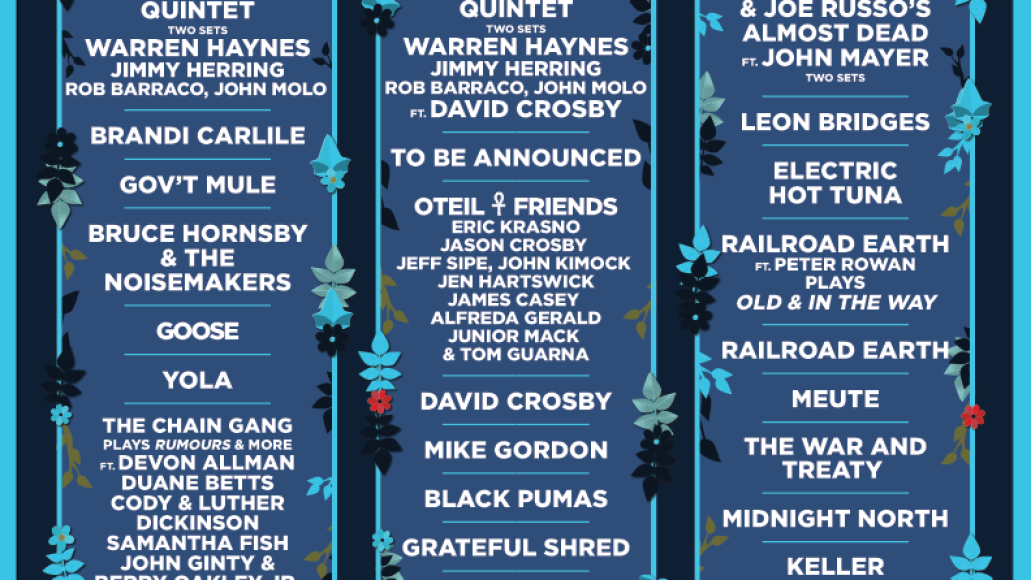