Lush acoustic instruments and a restrained composition give full breadth to Myrkur’s voice, and the pristine production is more fitting of new age music than black metal. Her 2017 album, Mareridt, had passages of traditional folk, but Folkesange is steeped in it.

The new album, which arrives March 20th, is “the result of years of studying, playing and listening to traditional Nordic folk music,” Myrkur said in a press release. “This is my version of a new folk-song, with roots planted in history and in the past. It is my ode to mankind and our connection with nature — a rite of passage as a woman and a rebirth-ritual in the sea.”

Christopher Juul of Nordic folk band Heilung produced Folkesange and collaborated with Myrkur on the songs. His organic musical touch is tangible on “Ella”, which relies purely on voice and traditional instrumentation such as the nyckelharpa, lyre, and mandola.

“Three years ago I decided to share a video where I performed an old Scandinavian folk-song on the nyckelharpa,” Myrkur said. “After this I realized that I had a strong need to create an album within this universe and that other people also wished to hear this. So I started working on picking out what old songs to reinterpret as well as write my own version of this. Ella is this.”

Pre-order Folkesange via Relapse Records. Listen to “Ella” and see the artwork and tracklist below. 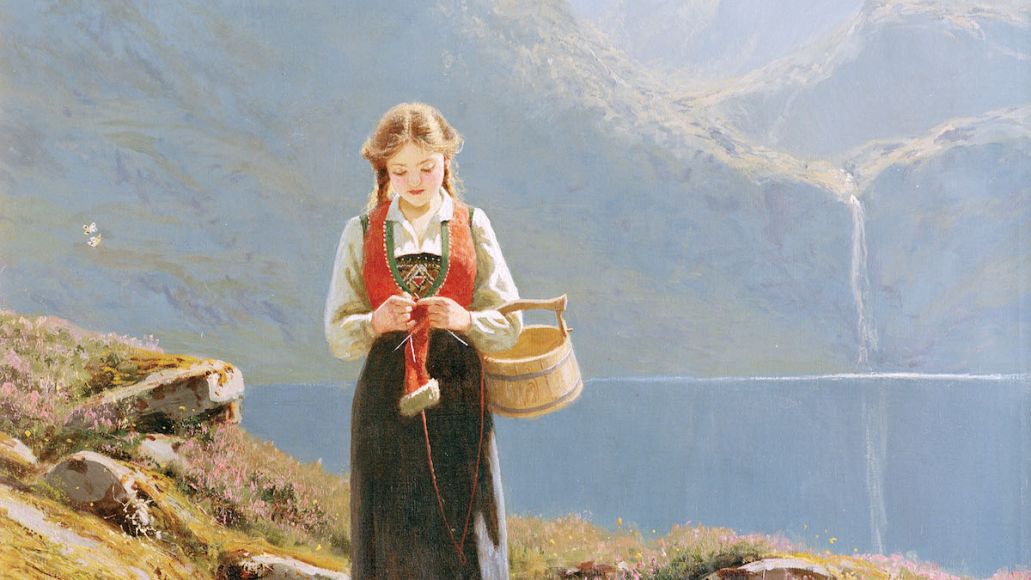