This article is sponsored by StubHub.

Back when he was still attending high school and bumming it part-time at the Chicken Express, Austin Richard Post was voted “Most Likely to Become Famous” by his classmates. Three years and countless tragic hairstyles later, those same classmates — and millions of other listeners — were telling him “Congratulations.” That’s something to think about as that same artist now plays to thousands a night across the country while on his nearly year-long “Runaway Tour.”

It didn’t take Post Malone long to become a burgeoning hip-hop star once he uploaded his first single, “White Iverson”, to SoundCloud in February 2015 at the age of 19. He released an accompanying music video in July; within a month, it had amassed more than a million views, and Post signed with Republic Records in August. Star-studded collaborations — including a feature on Kanye West’s The Life of Pablo track “Fade” — and an opening slot on Justin Bieber’s Purpose Tour followed, and by the time he released his debut album, Stoney, in December 2016, Post Malone had arguably become rap’s hottest newcomer. The trap-pop-country hybrid debuted at No. 6 on the Billboard 200, peaking at No. 4 and spawning the diamond-certified single “Congratulations”. It ranked seventh on Billboard’s 2017 year-end chart, eighth in 2018, 24th in 2019, and sixth for the decade, earning a triple-platinum certification from the RIAA.

Most pop artists dream of achieving Stoney’s level of success, but it was just the tip of the iceberg for Posty. His 2018 follow-up, beerbongs & bentleys, granted the rapper his first No. 1 album, smashing streaming records and yielding the chart-topping singles “Rockstar” and “Psycho”. Last year’s Hollywood’s Bleeding extended his No. 1 streak, earning the second-biggest debut of the year behind Taylor Swift’s Lover. But Hollywood’s Bleeding won the long game, beating out Swift, Billie Eilish, and Ariana Grande to become the best-selling album of 2019.

In less than five years, Post Malone has graduated from a sentient composite of Keystone Light, Cheeto dust, and Call of Duty discs to the second-biggest rapper in the world behind Drake. On one hand, he defied nearly every aesthetic standard set by major-label pop stars at the beginning of the 2010s. Yet, by blending seemingly disparate musical genres into a sugary cocktail of algorithmic pop-rap and releasing his early music without a middleman, Post also helped redefine the modern-day pop star and set a template that will likely endure throughout the following decade.

Part of Post Malone’s early appeal came from his apparent lack of interest in the machinations of the pop music industry. Consider some of the biggest pop and mainstream rap albums of the early 2010s: Katy Perry’s Teenage Dream, Lady Gaga’s Born this Way, Kanye West’s My Beautiful Dark Twisted Fantasy, Taylor Swift’s Red. All received exhaustive, protracted rollouts with extensive interviews and methodical single releases. Their accompanying tours were multi-sensory spectacles, and their iconic visuals became integral components of their overall presentations.

In the beginning, Post Malone couldn’t be bothered with such pristine packaging. He looked like a Lambda Chi pledge who woke up with weed resin on his Rebelution shirt, and his boneheaded bangers made the perfect soundtrack to the previous night’s keg stands. By uploading his music straight to SoundCloud, he avoided major-label red tape and communicated directly with his fans, a strategy later employed by emo- and punk-rap transgressors such as Lil Peep, XXXTentacion, and Tekashi 6ix9ine, all pillars of the “SoundCloud rap” micro-movement. Post’s willingness to communicate with fans as a regular person also translated to Twitter and Snapchat, where the rapper got in on the puns regarding his name and implored fans to “leave me Malone.” These days, artists can harness social media platforms such as Twitter and, increasingly, TikTok to catapult their songs to viral fame, straddling the line between professional musician and part-time shitposter alongside their fans. 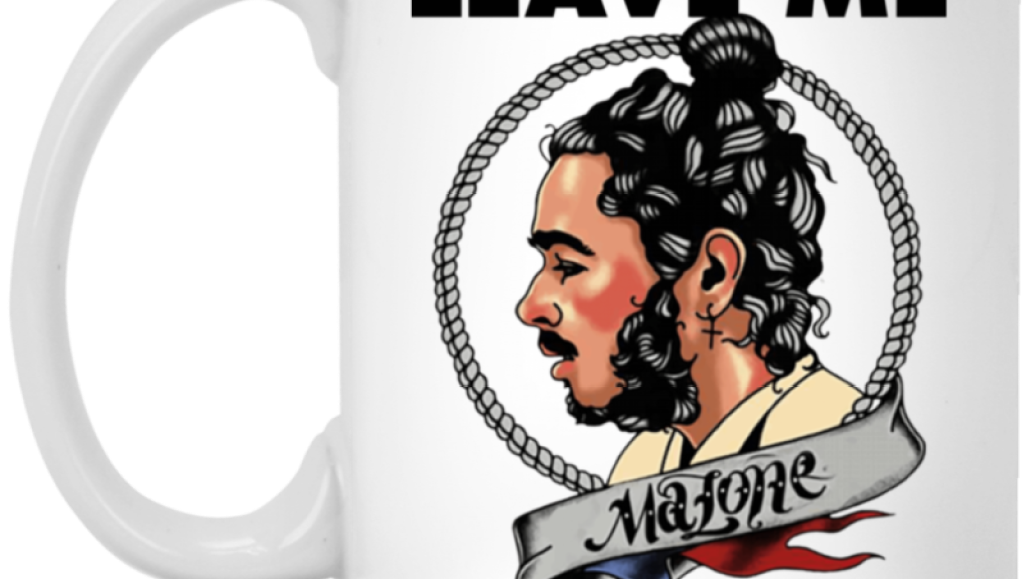 Yet, if Post Malone’s self-promotional tools and aesthetic informality were signs of a shift in pop music’s core values, his songs followed a time-honored tradition: appropriating black music and making it more “palatable” for listeners who would otherwise never engage with hip-hop. Despite his supernatural knack for a good hook, Post Malone is not a particularly gifted rapper, nor has he professed to be. Even during his Stoney days, Post expressed a desire not to be pigeonholed as a rapper; according to XXL Editor-in-Chief Vanessa Satten, he did not appear on the 2016 Freshman cover because “we were told by his camp that he wasn’t paying attention to hip-hop so much. He was going in more of a rock/pop/country direction.”

Indeed, Post has displayed a penchant for genre-hopping in his music, from the grungy alt-pop of “Circles” to the aggro-rock anthem “Take What You Want”, which inexplicably features Ozzy Osbourne and Travis Scott. But that proud genre agnosticism belies an unwillingness to fully embrace the genre that made him a superstar. In 2017, he told Polish publication NewOnce, “If you’re looking for lyrics, if you’re looking to cry, if you’re looking to think about life, don’t listen to hip-hop … Whenever I want to cry, whenever I want to sit down and have a nice cry, I’ll listen to some Bob Dylan.” Unsurprisingly, his statements earned swift backlash, and they did nothing to quell accusations that Post was a “culture vulture” who exploited hip-hop for personal gain but would drop it in a heartbeat — much like Miley Cyrus pilfered southern hip-hop and black dance trends on 2013’s Bangerz, only to return to her lily-white country roots on 2017’s Malibu and disavow hip-hop in a Billboard interview the same year.

Post later walked back his comments and emphasized his love for hip-hop. But even if the “culture vulture” designation is harsh, it’s fair to say he’s a musical tourist, touching down in a variety of different musical landscapes, snatching souvenirs, and incorporating them into his own work. He’s not alone: Several contemporary rappers have borrowed from the sound and aesthetic of rock and metal in recent years, from mosh pit grandmaster Travis Scott to Marilyn Manson fanboy Lil Uzi Vert to late emo crooner Juice WRLD. Meanwhile, pop stars continue to sing triumphant vocal hooks over explosive trap beats to maximum effect, from Ariana Grande to Billie Eilish to Halsey to BTS.

As a new decade dawns and social media renders old-fashioned industry gatekeepers obsolete, pop stars will continue flaunting their genre eclecticism to reflect the multidimensional tastes of themselves and their fans. As always, some attempts will be genuine, while others will be bald-faced theft of a music and culture those artists cannot claim as their own. Post Malone has already ridden this wave to incredible heights, and his peak is likely still on the horizon — as long as he lets his music do the talking.

Tickets to Grammy-nominated Post Malone shows can be found here.