Origins is an exclusive new music feature that asks bands to give some deeper insights into their latest single. Today, PREP reveal how they got “Over” with Anna of the North.

London’s Tom Havelock knows the songwriter game well. Big name producers like Matrix & Futurebound or Eric Prydz will hand him some electro beats and he’ll find a way to elevate the song by stringing together melodic shapes with voice and lyrics. But sometimes the creative energy flows back the other way, too.

While writing for Anna of the North’s 2019 album Dream Girl, Havelock invited the Norwegian pop singer to come try some things in the studio with his own band, PREP. “It was just going to be a couple of lines of backing vocals,” recalls Havelock, “but she kept singing and she’s pretty much all over the song now.”

That song is “Over”, PREP’s first single of 2020 and an early taste at their forthcoming full-length album. The track is a synth-heavy take on ’70s R&B, glittering and punchy all at once. With each vocalist dreaming of a time when the end wasn’t so clearly in front of them, Havelock and Anna trade verses. “I pull my coat close round/ Trying to hold my pace while the world slows down,” sings the latter. “Turn my headphones up/ Cos I don’t wanna hear when the penny drops.”

“Over” comes accompanied by a music video directed by Tim Fox. Like the song’s lyrics, the surreal clip highlights a couple that seems resigned to remaining in a fireless marriage — but is it really over? Find out by watching the clip below.

You can also catch PREP on their forthcoming US tour, which launches February 4th in Philadelphia. Get tickets here.

For more on how they got “Over”, PREP have broken down the song’s Origins.

A friend played me this song by Rare Silk, a kind of disembodied jazz vocal harmony thing with these odd dabs of synth – and shit, it’s called Over. It’s all really chilly – the sounds, and this icy delivery. But if that feels like the cold moment of recognition that a relationship is finished, I feel like our song is trying as hard as it can to look the other way, deny the reality, stay in the warm bubble till the last possible moment. — Tom Havelock

The other guys had made an instrumental with a very particular atmosphere, and when I first listened it took me straight to this place – a bit like the house I imagine in Steely Dan’s Aja. Somewhere isolated, a big view, a lot of emotional electricity in the air. — TH

The original demo of “Over” had this dreamy jazz fusion thing going on. Made me think of George Duke. As soon as I heard Lly’s verse chords on the Rhodes (electric piano) I immediately thought of the verses of A Tribe Called Quest’s “Clap Your Hands” — I couldn’t resist dialing in a similarly thin tremolo’d sound. I then added some melodrama to the choruses with brass stabs and string dives — a little bit James Bond but actually a homage to Dynasty “Adventures in the Land of Music” i.e Camp Lo “Lucchini” – such a classic. I live for this kind of production nerdery! — Dan Radclyffe 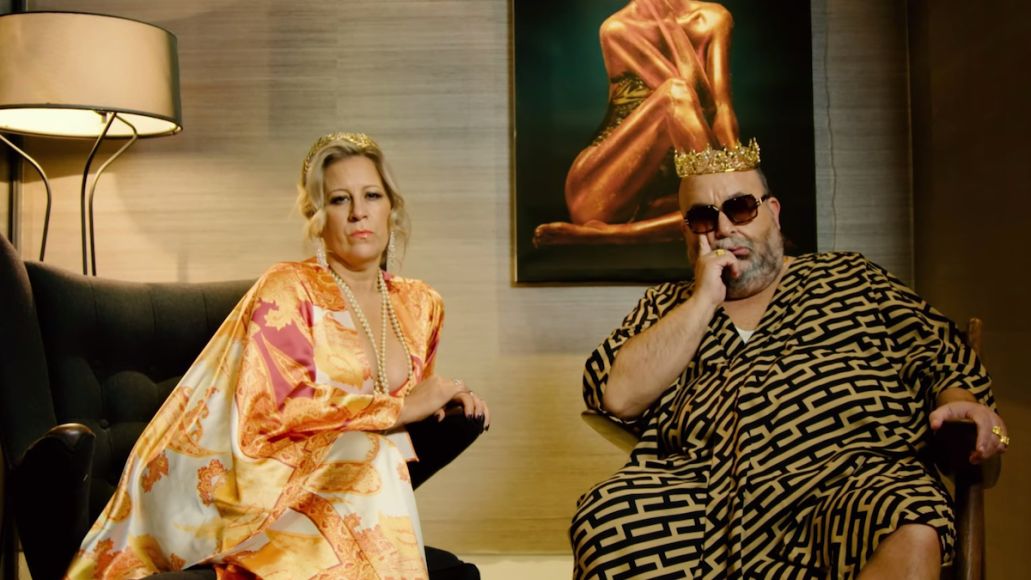 “Over” was a natural candidate for a music video, and when we got the brief from director Tim Fox we loved his idea. The couple in the video have obviously been together for a long time, we see their day to day routine and increasingly strange behaviour. Are they just pretending it isn’t over? It’s hard to say, seeing them both perched on thrones holding each other’s hand, they look like they belong together. The good times may be over, but they obviously know how to accept each other’s eccentricity. The video has a surreal sense of humour that is perfect for this track, a little darker than some of our other music, but of course, still smooth. — Llywelyn Ap Myrddin

PREP share the Origins of new single "Over" feat. Anna of the North: Stream