Raising Hell tells stories of debauchery, wild shenanigans, and mishaps from the musicians themselves, using their own words to describe the unpredictability and chaos that follows rockers on the road.

With Raising Hell slated for release on Tuesday (January 7th), publisher Diversion Books and author Jon Wiederhorn have shared an exclusive excerpt with Heavy Consequence. The excerpt comes from the beginning of Chapter 8, titled “Raining Blood”, which details the injuries and bloodshed rockers have experienced on and off stage.

Read an exclusive excerpt from Raising Hell: Backstage Tales From Metal Legends below, and order the book from Amazon or through various other outlets.

I think I almost broke my neck or cracked my skull when I fell off the stage at Ozzfest ’99. We were doing a show in either Detroit or Indianapolis and I was singing on a monitor. I slipped and landed on top of my head and twisted my neck. I could move all my fingers and toes so I was like, “F*ck, okay, I’m fine” and I finished the show.

But I’ve had MRIs and X-rays, and my C5 and C6 vertebrae basically fused together and destroyed the disk in between and the bone was growing into my spinal cord. The only thing I could think of that could have caused that was that fall at Ozzfest. But my doctor said the injury could have happened long before that and over time the bones grew back in an abnormal way.

At least that explained why I was having so many physical problems at the time. The MRI showed that the bone was literally choking off the fluid and damaging the nerves on my spinal cord. My doctor couldn’t believe I was walking. That tells you how bad it was. They replaced the disk, jacked up the vertebrae, and shaped the bone back so it wasn’t going into my spinal cord anymore.

When the doctors operated they had to go through my neck so they wouldn’t sever any of the spinal cord and now I’ve got this gnarly scar on the front of my neck.

I’m the poster boy of onstage injuries. Nobody can touch me — maybe the occasional dude who’s too hammered and falls offstage and breaks his neck. But I’ve hurt myself bad. I’ve taken headstocks to the forehead when [ex-Exodus guitarist] Rick [Hunolt] and I both were playing those pointy Jackson guitars. We’d both cut each other open, bleed all over the place, and get butterfly stitches after the show.

In 2011, we were out in Europe with Death Angel, Kreator, and Heathen. I used to drink several shots to loosen up before a show. And I tripped over some cabling from the monitors and I went up completely horizontal in the air and landed flat on my back. [Death Angel vocalist] Mark Osegueda and [guitarist] Rob Cavestany were standing right there on the side of the stage. And everyone was going, “Oh my God. Wow.” I got up and I said, “Oh, I’m fine.”

It’s crazy. I didn’t feel hurt at all. Three days later I got up in the morning and lit a cigarette and coughed and my rib, which I had apparently cracked before, actually broke one hundred percent. I crawled in the back of a bus at 7 a.m. I couldn’t even breathe. And there were people there still partying. My tour manager was shitfaced and he’d been Sharpied. He had dicks and boobs and buttholes drawn all over him. I told him I had to go to the hospital and from there I did seventeen shows in a row on morphine with a broken rib.

Playing in pain is just part of the gig. I view it like being a football player. You gotta get out there and play no matter what happens. If I can somehow, someway, pick up a guitar and play, I’m gonna do it. I’ve read stuff in the metal press all the time about some guitar player who hurt his foot and canceled the next show. I’m like, “F*ckin’ pussy. Get out there. People paid money to see you. Toughen up.”

From day one, it has been absolute chaos. We were so normal in our daily lives since we weren’t doing the band full time. We had regular jobs, but then we’d play these weekend shows and they’d be so visceral and violent. We’d be playing in VFW Halls and places that didn’t even have stages so there’d be no division between the crowd and us and the mosh pits. We’d be throwing gear, beating ourselves up and breathing fire in these little places.

I’d limp into work all bruised up, with a black eye the next day and it looked like I was a member of Fight Club.

When [vocalist] Greg Puciato got into the band in 2001 it got even crazier. We were colliding with each other a lot ’cause we started getting more and more trance-like. Playing the shows would be almost meditative. We’d lose ourselves and the performances became second nature and truly uninhibited. We would basically destroy each other onstage and be bleeding everywhere from hitting each other by mistake. And then when we got a bigger fanbase, it got even crazier with all the climb- ing and jumping off huge amp stacks that we did.

I guess I’ve gotten the worst of that as far as permanent injuries go. I’ve had broken bones and rotator surgeries and neck problems. People can’t believe I haven’t been paralyzed by a lot of the shit they’ve seen me do. But some of the stuff that did lead to serious injuries was stuff that I didn’t do intentionally. I can usually manage the stage antics. It’s the unexpected things that you can’t control and you’re not ready for.

The worst thing that happened to me was when we were on tour with Between the Buried and Me and Horse the Band in 2005 and we were playing in Anaheim, California, at a club called Chain Reaction. There was a big heavy black speaker hanging overhead, which I didn’t see, and I tried to jump over something. I jumped as high as I could and the speaker was right over me. I cracked my head open and fractured my neck and I had to get eight staples in my head. The whole crowd was covered in blood. And it was in the first twenty seconds of the set.

Excerpted from Raising Hell: Backstage Tales from the Lives of Metal Legends by Jon Wiederhorn. Copyright ©2020. Available from Diversion Books. 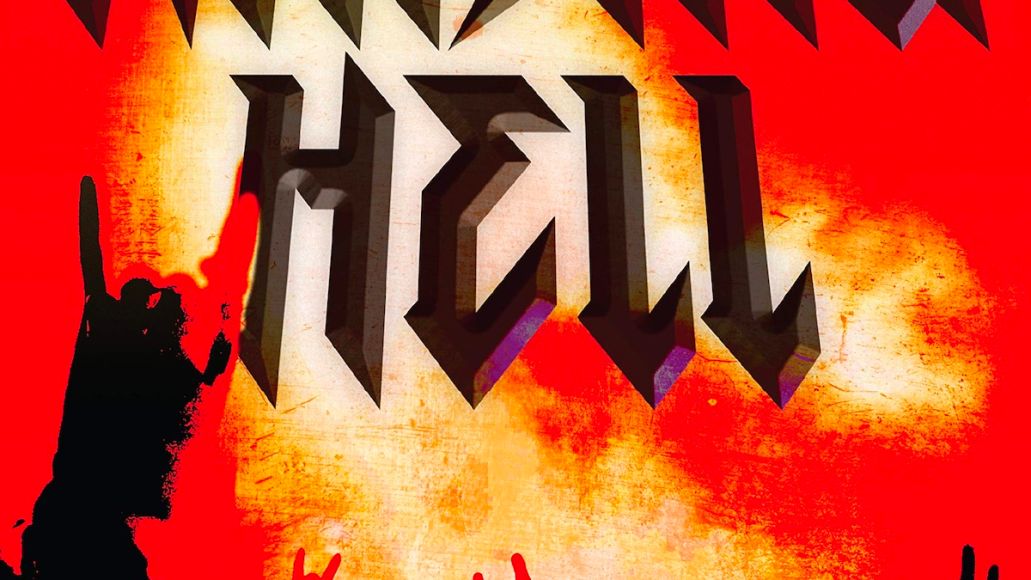