Bay Area thrash-metal legends Testament will release their 13th album, Titans of Creation, this spring. In advance of the LP, the band has unveiled a lyric video for the first single, “Night of the Witch”.

Titans of Creation arrives April 3rd via Nuclear Blast Records, serving as a follow-up to Testament’s acclaimed 2016 album, Brotherhood of the Snake.

“It has been months since the final mixing of Titans of Creation and we are eager for fans to hear it,” stated singer Chuck Billy. “We feel that we put a lot into this record and at the end of the day it is a Testament record that stands on its own. We are very proud of Titans of Creation.”

“Night of the Witch” is a fast-paced thrasher that features guitarist Eric Peterson joining Billy on vocals in the chorus.

Regarding the track, Billy said, “‘Night of the Witch’ uses old school lyrics about witches chanting in the moonlight and casting spells. The beauty of this song is that I worked in Eric’s vocals into the chorus. I wanted to incorporate him as he does [in his symphonic metal band] Dragonlord and this song was a perfect match. It is a heavy song and a great way to introduce everyone to Titans of Creation.”

Billy and Peterson produced Titans of Creation, with Juan Urteaga handling co-producing, recording, and engineering. The LP was mixed and mastered by Andy Sneap, and the striking album artwork was created by Eliran Kantor.

Titans of Creation is available for pre-order in a variety of formats, including CD, cassette, and a handful of vinyl variants. Watch the lyric video for “Nigh of the Witch”, and see the album artwork and tracklist, below. 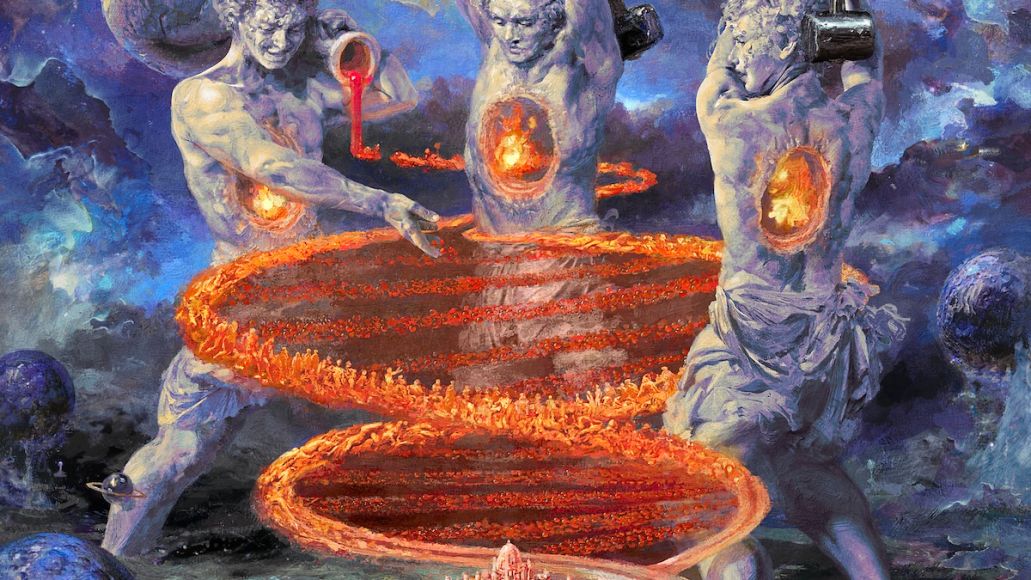