The Pitch: Not so far removed from the pandemonium of last season, Part 3 finds Sabrina (the always punchy Kiernan Shipka) anguishing over the rescue of her smoldering warlock boy-toy Nicholas Scratch (Gavin Leatherwood) from — you guessed it — Hell. If you’ll recall, Scratch was last seen being turned into a flesh prison for Sabrina’s father, the devil himself. Talk about daddy issues. With Lucifer (Luke Cook) dethroned and distracted, the netherworld has… ahem… gone to hell, transforming into an absolutely batshit bastardization of Oz.

Under the watchful eye of the Wicked Madam Satan of the South (we tried, Michelle Gomez), Nick is rendered Lilith’s tongueless, sexed up pet/jester. Who needs enemies when you have family like Sabrina Morningstar’s. Meanwhile, a new [hunky surfer] Prince of Hell named Caliban seeks our favorite teenage witch’s infernal highchair. And thus Sabrina must defend the throne, save the world, rescue her boyfriend, deal with his emotional trauma, recharge her coven, bring a freak show of pesky pagans to heel, and, you know, make cheerleader practice.

If Chilling Adventures teaches us anything this go around, it’s a much-needed lesson on the bane of capitalism’s devilish existence: the work/life balance. 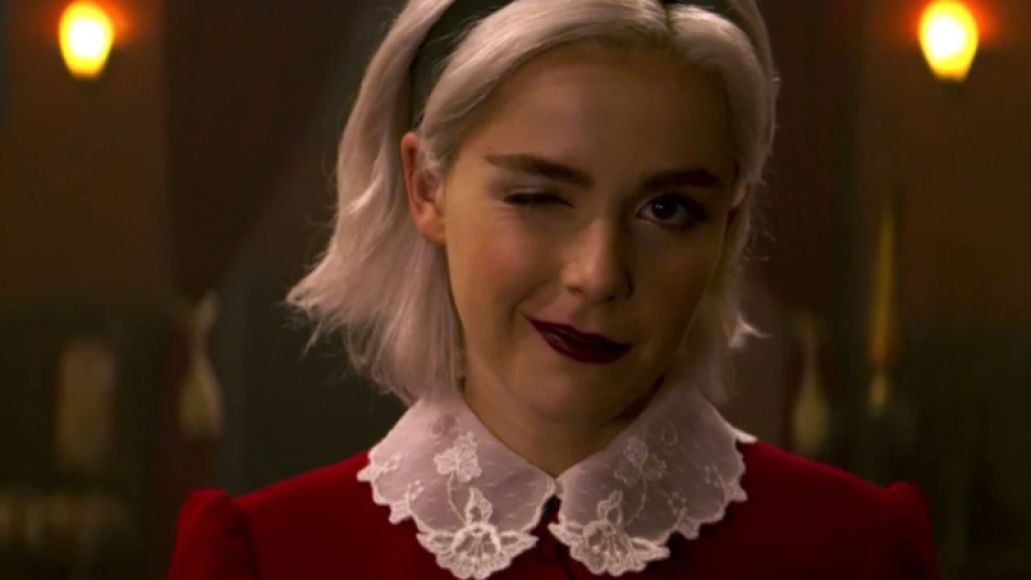 Devilish Delights: Part 3 sees Chilling Adventures still adept at navigating that clever mix of teenage angst and occult horror we’ve come to covet. The stakes are higher, and each episode artfully acts its own miniature film to convey such gravity. While this format shines with gorgeous sets and its ability to let certain character arcs develop in much-needed ways (Theo finally gets a legitimate love interest, Harvey’s one true love might yet be Sabrina), there are caveats (more on this later).

Chilling Adventures is at its best when it focuses on the comedic bite as a central plot, and handles the demonic trials and tribulations of teenagedom with a campy light touch, all the while remembering its position as a piece of pop culture. This time around, we see new historical and literary references, from The Tempest, the Bible, and much more. The previously established Dorian Grey arc is now joined by a bevy of wicked figures, from Vlad the Impaler to Judas and beyond. Hell, even Ari Aster’s Midsommar gets a nod. 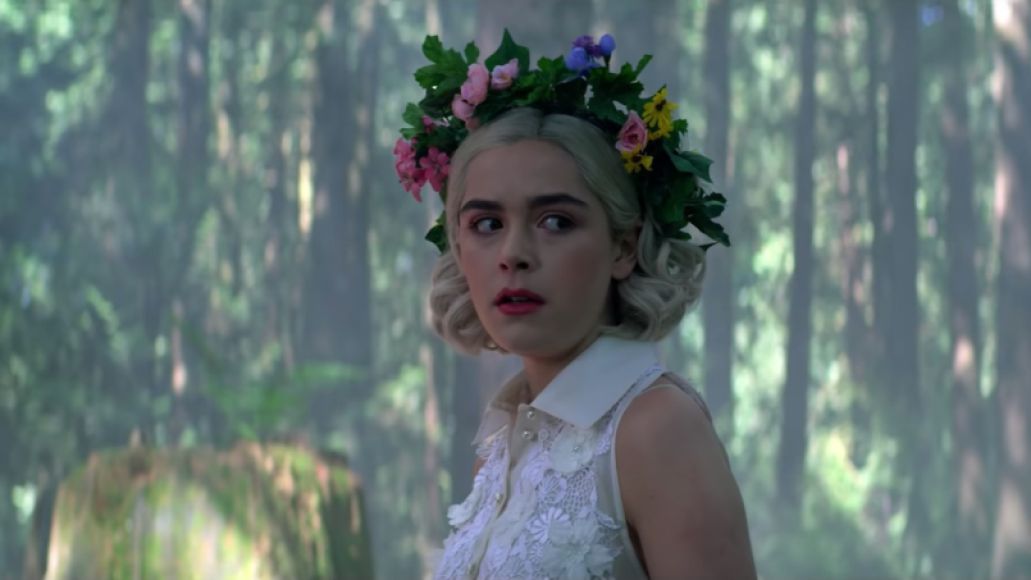 Hell is Other People: Though the series improves upon Part 2, Part 3 struggles to hearken back to the camp we know and love so much from Part 1. Sabrina may have gotten some of her bite back, but the material’s breakneck speed makes recovery a slow process. And while Sabrina and her coven are given the room to grow, Chilling Adventures continues to charge full steam ahead without fully harnessing that space. The result? Unduly, glossed-over, emotional moments that render its cast of brilliant performers (here’s looking at you, Madam Satan) one dimensional and with untapped potential, particularly in its refusal to fully flesh out its more intriguing, and arguably more detrimental, sub plots (*cough* Faustus Blackwood *cough* Pagans *cough*).

The Verdict: Chilling Adventures Part 3 goes to hell in a handbasket — and that’s not always a bad thing. A cheeky meditation on the lust for power and the internal struggle between good and evil in us all, the series does exceptionally well when it chooses to eschew the doldrums of mortality for dark and delicious occultism. You can count on this writer to sign the Book of the Beast a fourth time. I’m not so sure what Sabrina sees in this realm, anyway.

Where’s It Playing? You can go to Hell on January 24th via Netflix.

TV Review: Chilling Adventures of Sabrina Goes To Hell in a Handbasket With Part 3