Ty Segall and Lightning Bolt’s Brian Chippendale have formed a new band called Wasted Shirt. Their debut album, Fungus II, will drop February 28th via Famous Class. As a preview, they’ve shared the album’s lead single, “Double the Dream”, as well as a music video. Stream it below.

Since both Ty Segall and Brian Chippendale are known to juggle instruments and projects, you may be wondering who plays what in Wasted Shirt. It turns out both provide vocals; Segall plays guitar, bass, and harmonizer; and Chippendale holds down the drums. Curious what to expect from the album? According to Henry Rollins, it’s “hectic”, “exploding euphoria”, and “a morphing day-glo rainbow that will bring a smile to your face.”

“Double the Dream” is a great look at the kind of trippy noise Segall and Chippendale were meant to create together. The song starts off skittish and lo-fi before a distorted blast of fuzz guitar comes bowling in, courtesy of Segall. Chippendale rattles his drums up top, but eventually he leans into his kit, churning out a brittle garage rock beat. The whole time, Segall and Chippendale are yelling simultaneously in the background.

In the song’s music video, created by Somer Stampley, their music is transformed into a stop-motion flurry of construction paper. It opens with a butterfly taking off into the sky before a devil-like figure flies after it. Soon, flowers bloom en mass, skulls flash into focus, and latex-laden figures cruise around in cowboy hats. In other words, it’s as creatively rambunctious as the song. Watch it below.

Find the album’s tracklist and artwork for below. 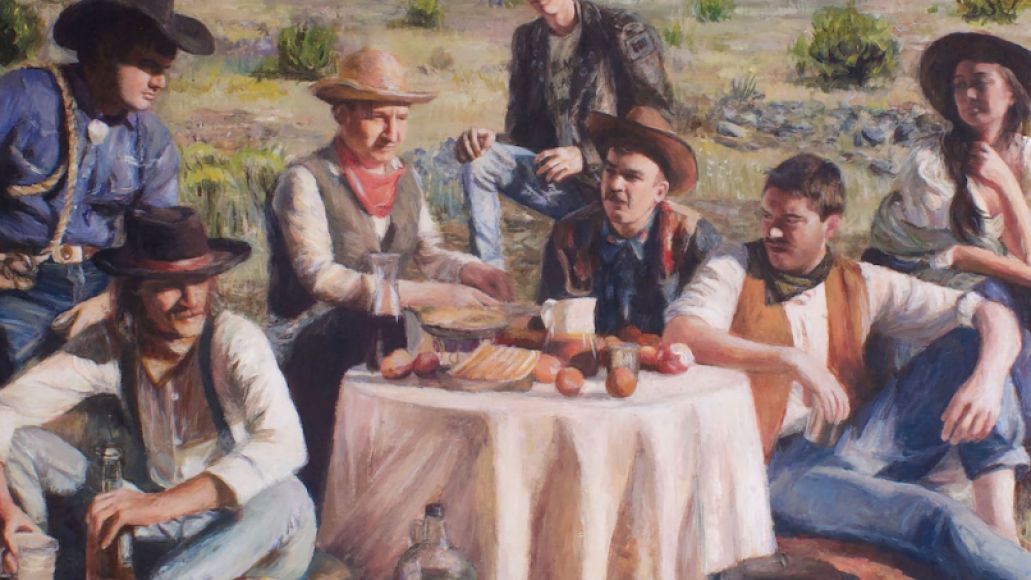