Archers of Loaf have made good on their comeback promise, returning today with their first new music in over two decades. The single is called “Raleigh Days” and comes alongside a new set of North American tour dates.

“Raleigh Days” is Archers of Loaf’s first release since 1998’s White Trash Heroes and the band’s subsequent disbandment later that year. The North Carolina-bred outfit reunited in 2011, but proceeded to only put out a number of reissues, including one for the seminal 1993 debut record, Icky Mettle.

Despite the decades between material, Archers of Loaf pick up where they left off on “Raleigh Days”, but with a slightly more polished tone. Buried beneath rollicking keys and charging guitar, frontman Eric Bachmann carries the sing-along chorus. In a statement, Bachmann described the epic and fantastical tale of creating their new track, saying,

“I built a birdhouse on the back of my van. The seeds of “Raleigh Days” were spit out of the circular opening on the front of this birdhouse by an angry cardinal. One day last summer, as we were barreling down the highway hell-bent for leather, this antagonistic little redbird stuck her head in through the back window and exclaimed, “Great songs often come out so easily that they practically write themselves. I tried to help you, but you idiots ruined it; and now you’re going to have to finish it all by yourselves!” Then, in a white-hot flash, we smashed head-on at 130 mph into an 18-wheeler carrying a herd of giant elk. It was all blood, fire, fur, and feathers snowing down through that old familiar smell of boiling oil and scorched earth. Fortunately — after I regained consciousness — I was able to make guitar picks from some shards of elk antler I found scattered around the accident site. It wasn’t planned per se, but it just kind of worked out that I used one of these picks to track my guitar part on “Raleigh Days,” and I think it sounds pretty good.”

In addition to the new offering, the band has expanded its 2020 comeback tour, with North American dates now extending into July. Tickets for these concerts go on sale today at 10:00 a.m. local time. Check out the extended itinerary below, and grab tickets here. 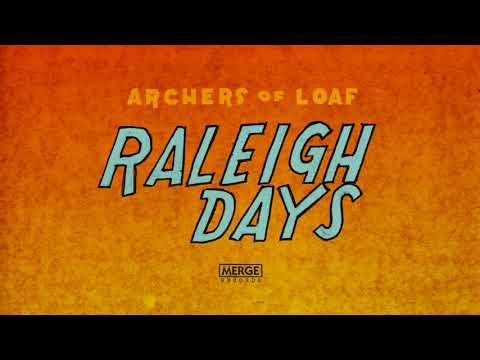